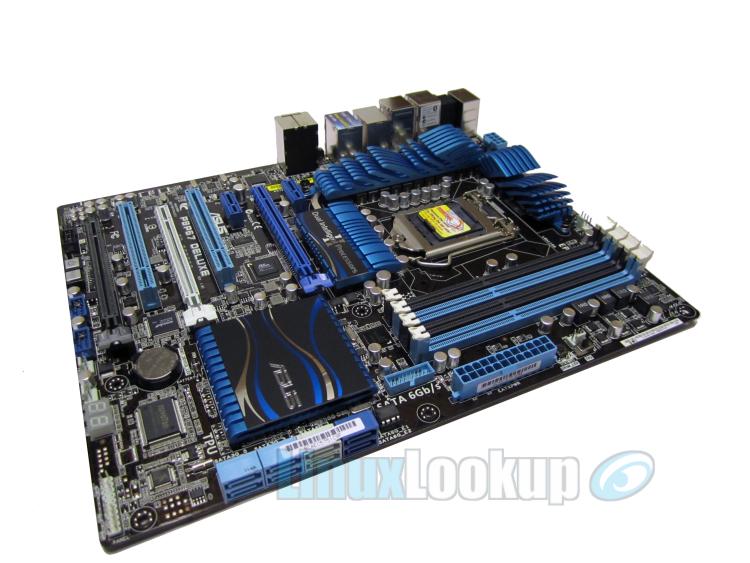 In our opinion, consumers aren't solely fixated on benchmarks. They expect a point of view, summarization, and most importantly a conclusive professional recommendation. So rather than forcing our viewers to sift though page after page of graphs, numbers and article fluff. Our motherboard reviews attempt to aid your purchasing decision by providing a high-level overview, showcasing best features along with vivid visual representation of the product and confirmation of Linux compatibility.

With that being said, let's take a better look at what this motherboard has to offer. 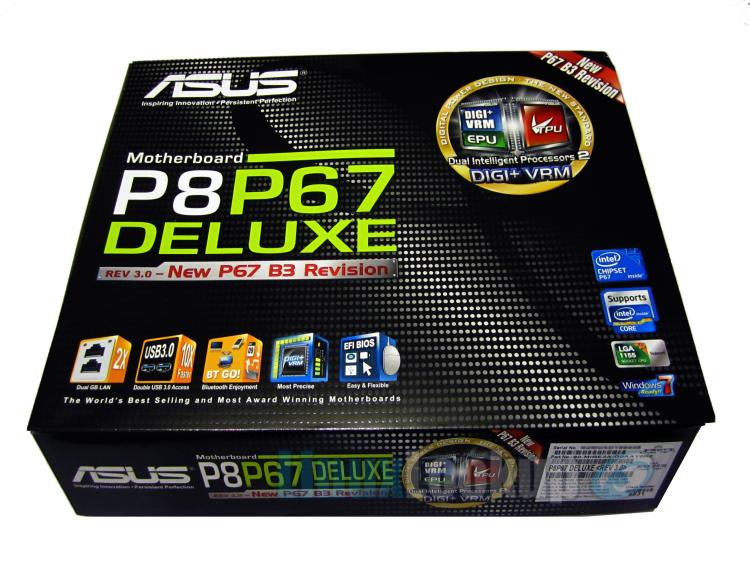 On January 31, 2011 Intel announced the detection of a design error in the new Intel 6 Series support chipset, also known as Cougar Point. This error caused degradation in SATA performance over time. ASUS has updated all motherboards with revised Intel 6 series B3 chipsets, with every SATA port now certified safe to use and the Cougar Point support chip issue resolved. ASUS offers multiple ways to easily identify revised products. Primarily, check for labels showing "New B3 Revision". These are clearly displayed on products and packaging. 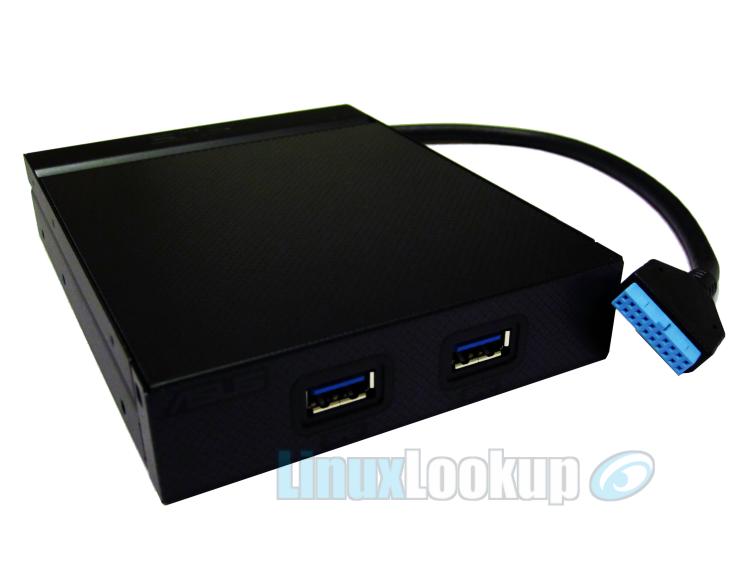 Included with the Deluxe version is an expander box housing two USB 3.0 ports. This is great if you are installing into a case that doesn't have USB 3.0 front panel ports. The attached cord has enough length to facilitate most chassis, simply plug it into the board and screw the box into an available 3.5" drive bay. 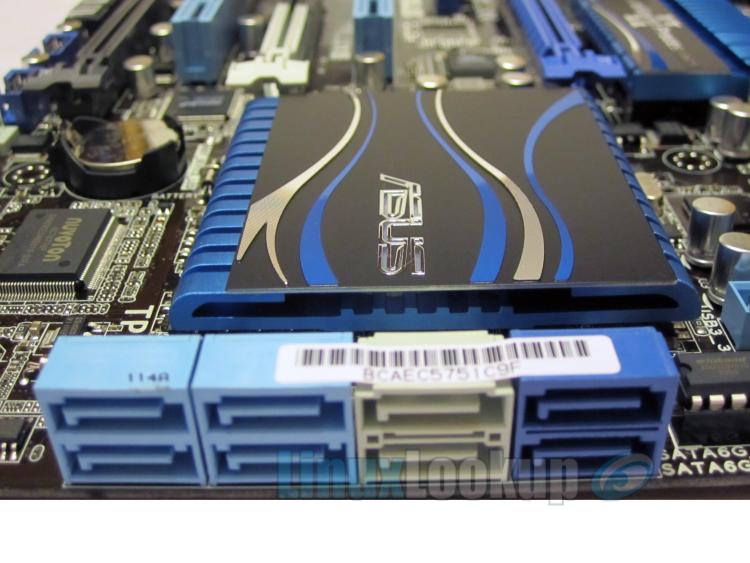 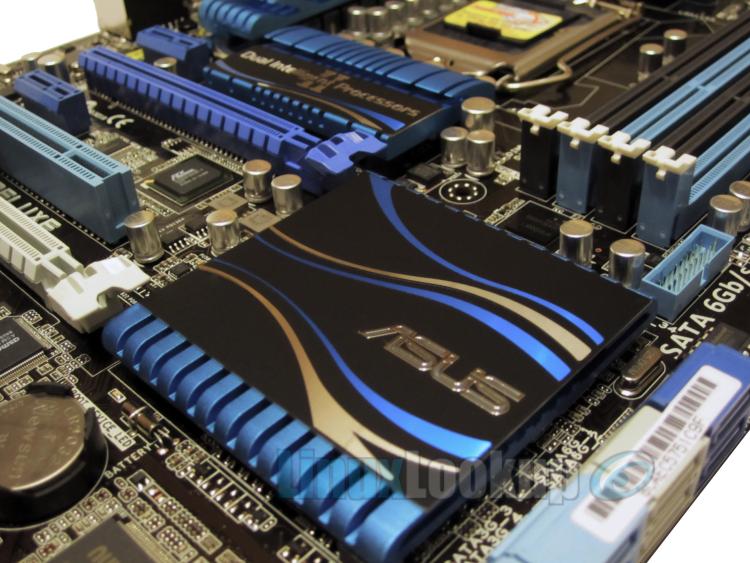 The board itself is black with a blue color scheme. All heatsinks have a low-profile and are appressed to allow for installation of a long expansion card without obstruction. 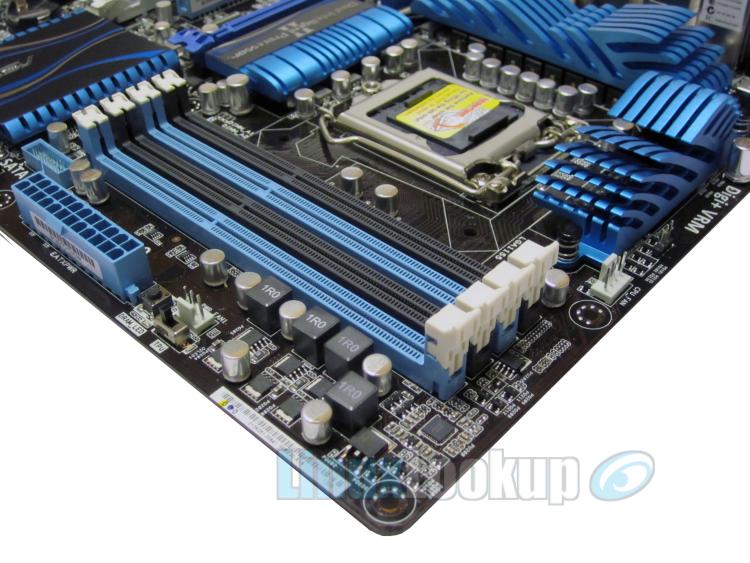 Just under the DIMM slots are two other features worthy of mention. First is the ASUS MemOK! button. MemOK! attempts to rectify compatibility issues between the motherboard and memory with a few simple steps and the press of a button.

Next we have the TurboV Processing Unit (TPU) dip switch. TPU is an on-board micro-processor that assists novice users with over-clocking. As there is no support for the AI Suite II application (Windows only), you'll have the option to access this tuning OC Tuner feature from within the BIOS. 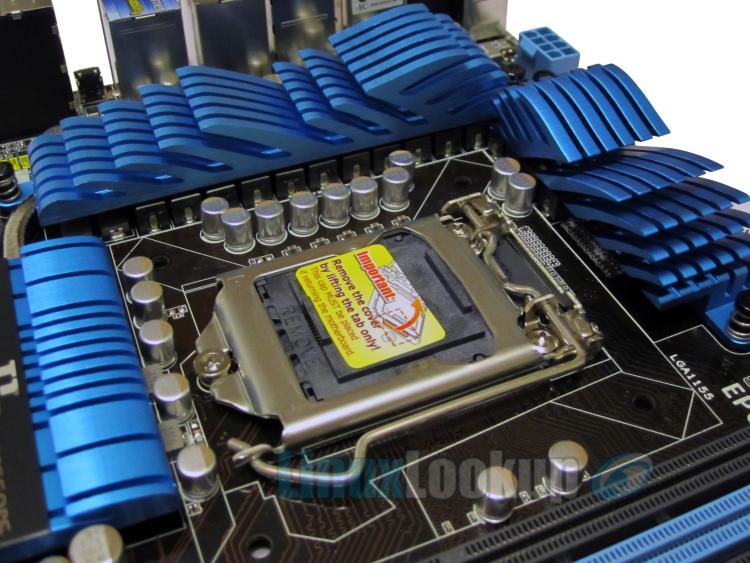 As you can see, the LGA1155 Socket has a lot of clearance for after market CPU cooling. Under those finned heatsinks are voltage regulator modules (VRM). Over-clocking enthusiasts will be happy to know that the 16+2 phase DIGI+ VRM design fully supports Intel’s VRD12 specifications. Delivering precision power by intelligently adjusting PWM voltage and frequency modulation with minimal power loss. 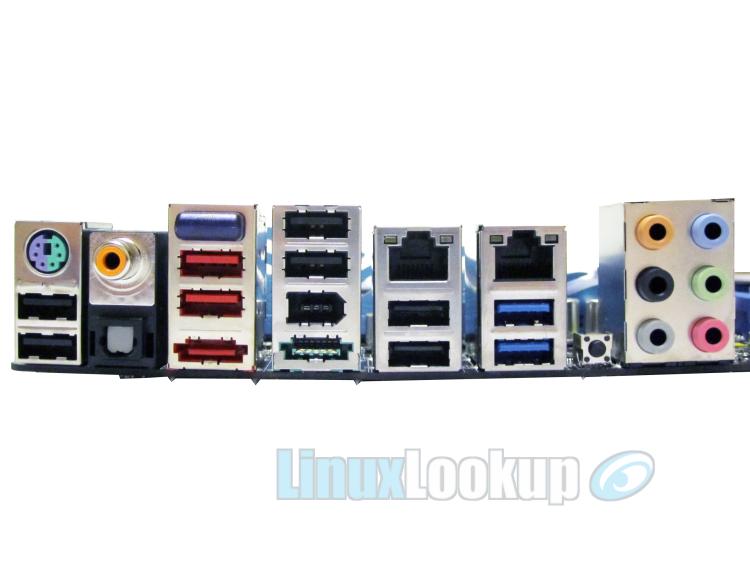 As you'd expected from a premium motherboard, the ASUS P8P67 Deluxe offers virtually every option for connectivity you'd want these days. On the back IO panel you'll find a legacy PS/2 combo port for a keyboard or mouse, eight USB 2.0 ports, two USB 3.0 ports, dual Gigabit Ethernet ports, two external SATA, Firewire, dedicated clear CMOS button, 8-Channel Audio I/O and S/PDIF Out (1 for Coaxial, 1 for Optical). The Blue plastic cover over the red eSATA and USB ports is the Bluetooth transceiver supporting ASUS BT GO! over-clock utility. Note how one of the eSATA ports is green to differentiate power over eSATA, this is great for connecting external SATA drives. 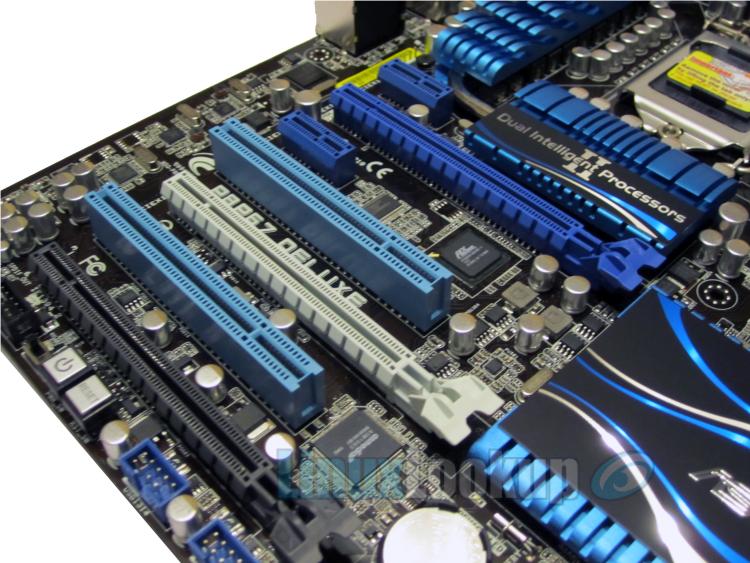 Internally there are two PCIe 2.0 x16 slots (single at x16 or dual at x8/x8 mode), one PCIe 2.0 x16 slots (at x4 mode, compatible with PCIe x1 and x4 devices) and two PCI slots. Due to the nature of the Sandy Bridge Chipset the first two PCIe slots will run in a single configuration at x16 or dual at x8/x8 mode. The third slot runs with only x4 and best suited for other expansion cards such as a RAID controller card. 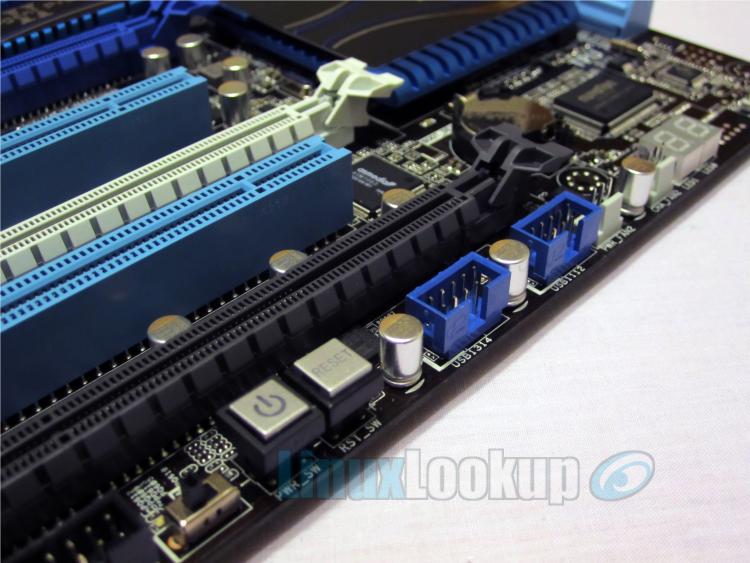 Slightly out of view in the photo above are pin outs for the front panel. These use ASUS Q-Connector, a connector which sits in between the motherboard and the ATX case, providing a one step connect and disconnect of the computer's front panel components such as activity LEDs, power and reset switches. Working our way inward you can see an LED post indicator for error codes, a pair of USB 2.0 headers, an IEEE 1394 (Firewire) header and connectors for front-panel audio. Also shown are some features enthusiasts may appreciate, on-board power & reset switches and Energy Processing Unit (EPU) dip switch to toggle moderation of power consumption. Though EPU can be enabled with the switch or in the BIOS, Windows based software is required to fully utilize energy efficiency over CPU, HHD, Fans, VGA and Memory. Not very useful for us Linux users. 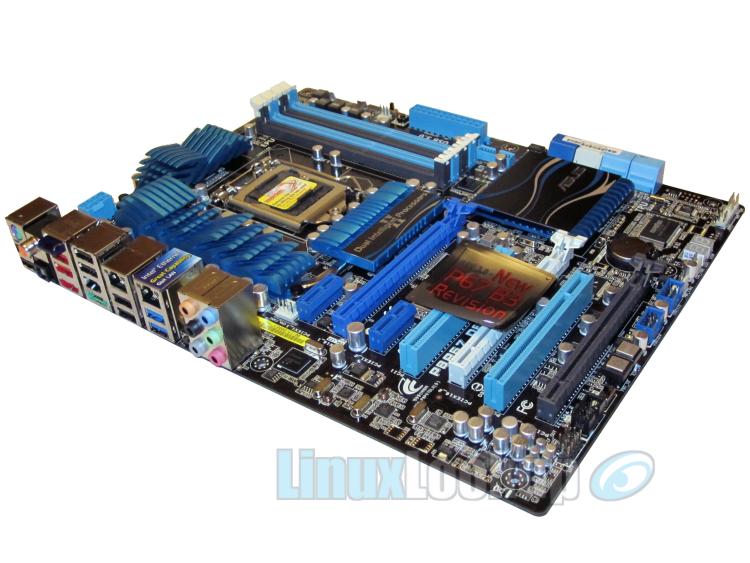 Whether you're an over-clocking guru, enthusiast or novice, the ASUS P8P67 (B3) Deluxe is an excellent choice for consumers seeking a quality, high-end socket 1155 motherboard.

Granted you will pay a premium for this board, but the amount of features certainly justify the cost. Too numerous to mention in full, I strongly suggest you check out the specifications while making your purchasing decision.