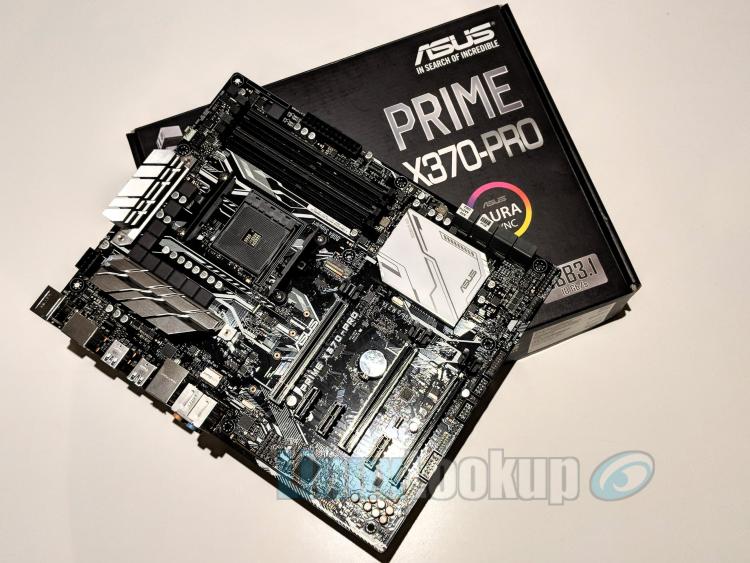 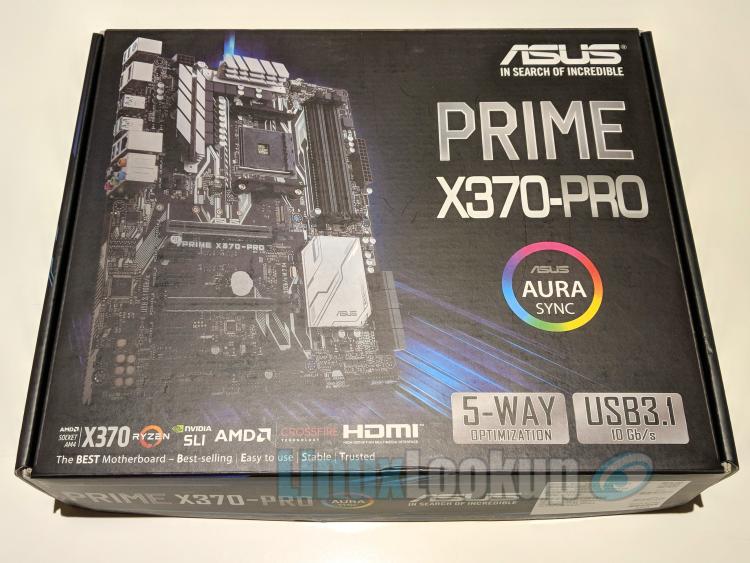 At the time of publication the ASUS PRIME X370-PRO can be found online for $154.00 USD. A reasonable price given the combined feature sets on this motherboard. 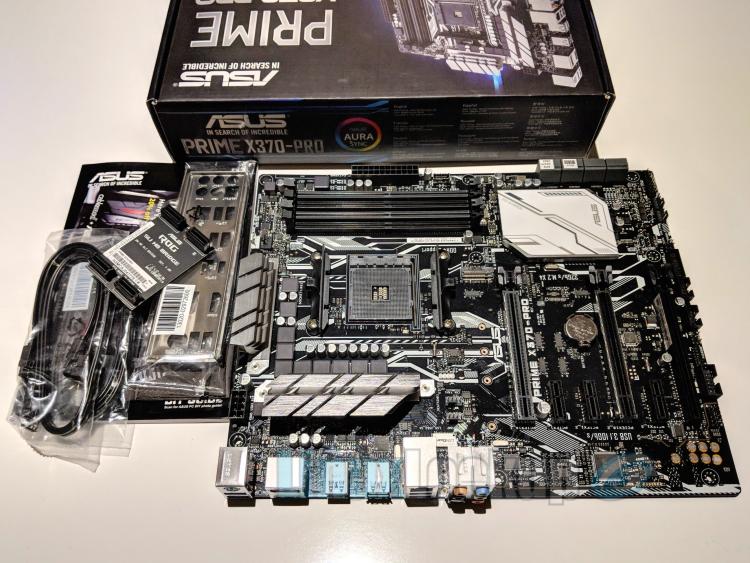 Contents of the retail box has all the essentials to get started. Four SATA cables (two 90-degree angled and two straight), one Q-connector for the front panel connections, an ASUS Q-Shield (I/O shield), M.2 screw package, one SLI HB bridge, installation DVD and users manual. 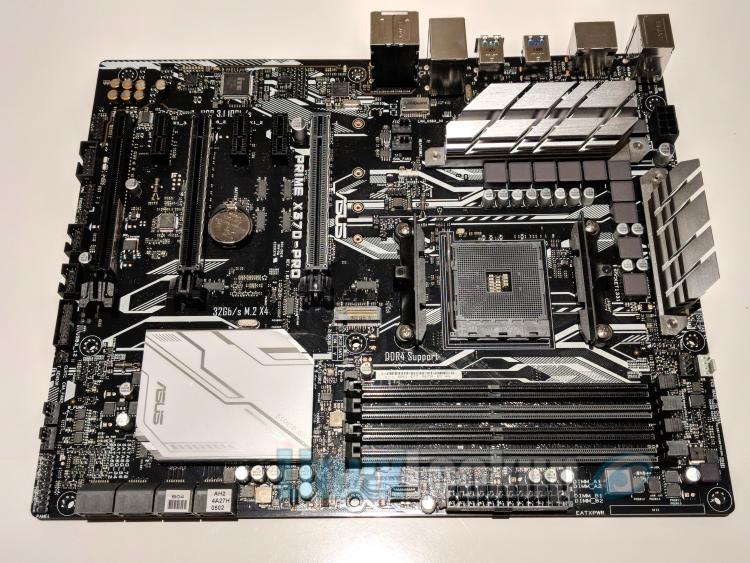 Appearance is clean, no embellished color schemes or gimmicky ornaments. The black printed circuit board contrasts nicely against crisp white etching and brushed aluminum heatsinks. The ASUS branded heatsink over the X370 chipset is low-profile and a subtle compliment to this simple, yet elegant look. 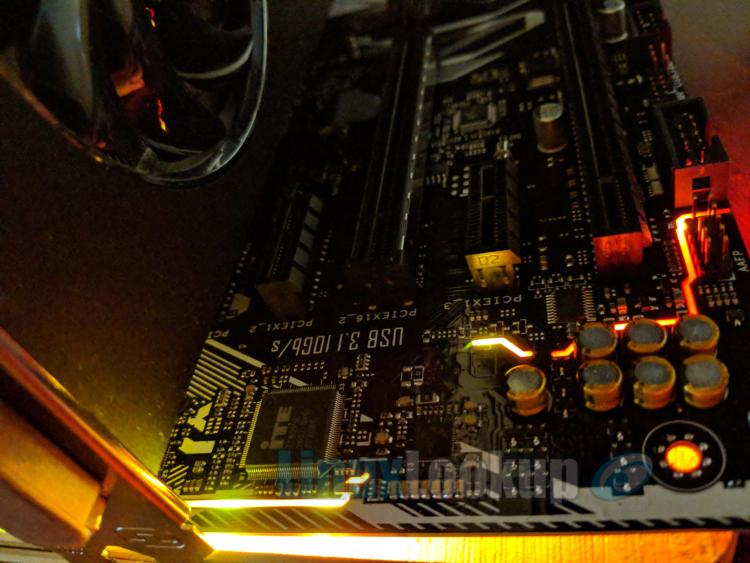 RGB LEDs are positioned along the underside and illuminate a transparent track towards the lower left half of the motherboard. For those seeking intensive ambient light, an Aura RGB Strip Header is also present. However, the ASUS Aura Sync is an ineffective feature as support for compatible controller software isn't available for Linux. Configuration options are limited to on/off, sleep, hibernate and soft states from within the BIOS. 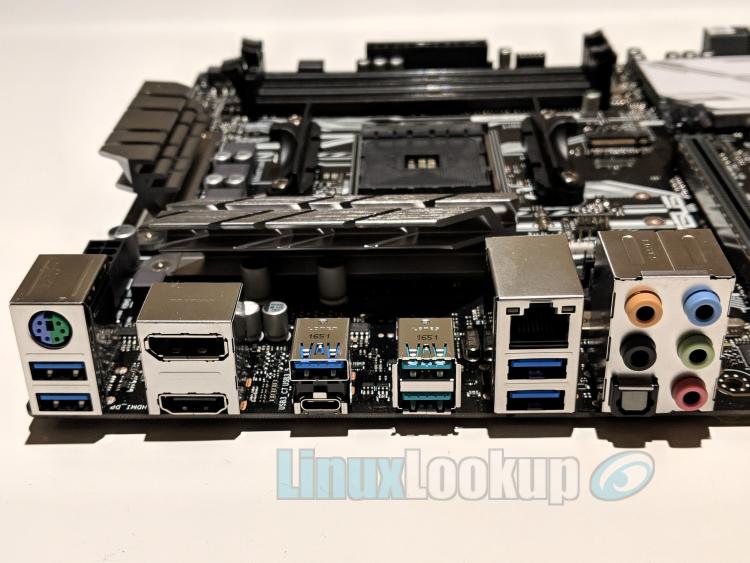 Onboard Graphic Chipset is an AMD Radeon R Series which offers Multi-VGA output support via HDMI 1.4b (max. resolution 4096 x 2160 @ 24Hz) and DisplayPort 1.2 (max. resolution 4096 x 2160 @ 60 Hz) with 2048 MB of shared memory. Keep in mind that current Ryzen CPUs negate Integrated Graphics Processor (IGP) support, this will be available in next-generation AMD APUs, but for now a discrete GPU is required. 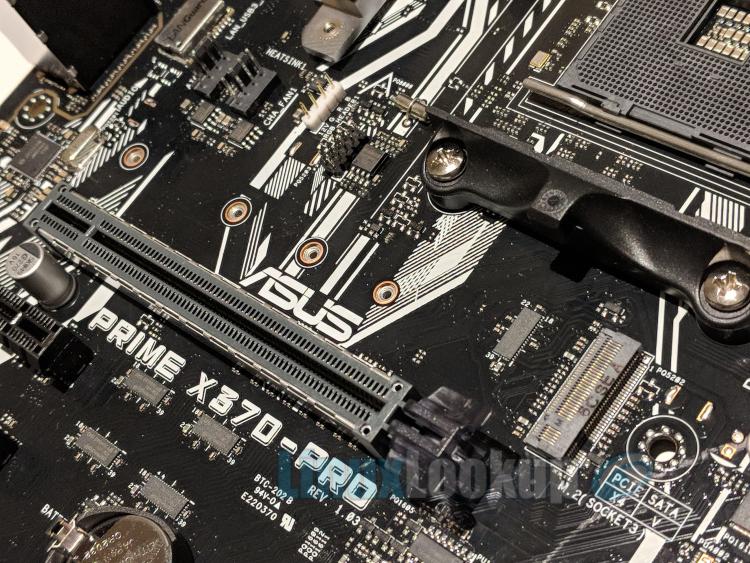 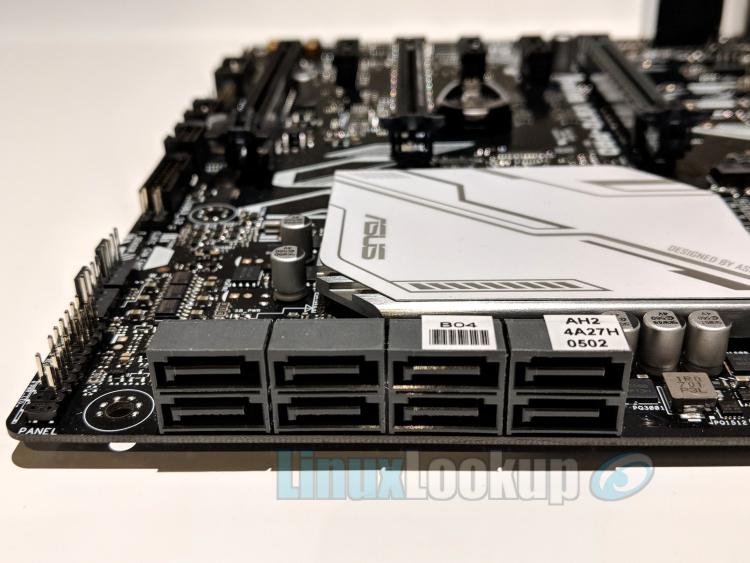 Storage options are abundant thanks to a total of eight internal Serial ATA 6Gb/s connectors located towards the bottom corner of the board. These SATA connectors are stacked two high with a 90-degree orientation and offer support for RAID 0, RAID 1, and RAID 10. An M.2 PCIe SSD cannot be used to create a RAID array, refer to the manual for details. 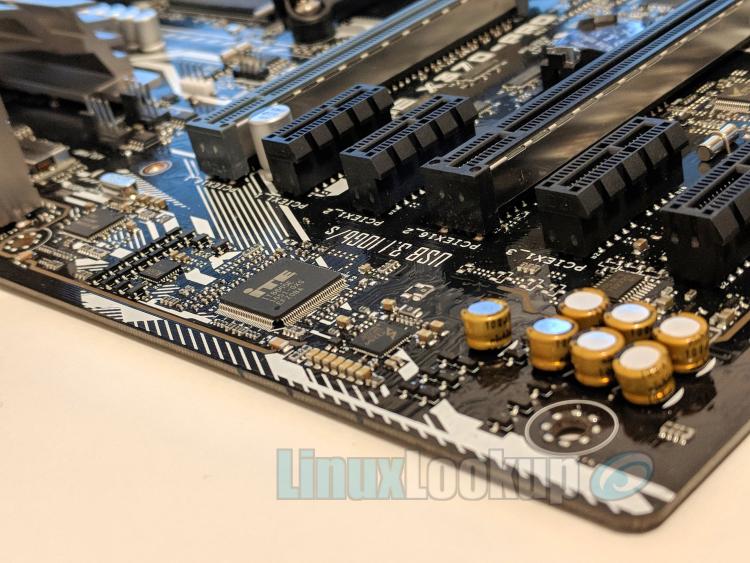 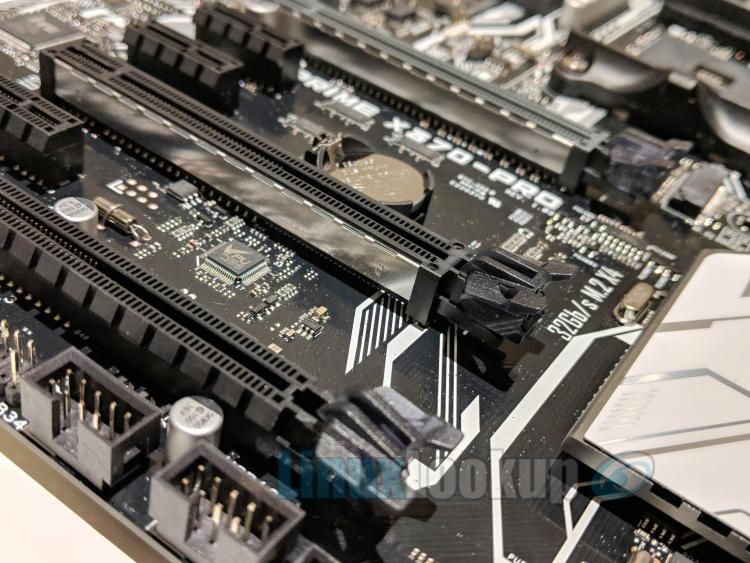 Like most Motherboard manufactures, ASUS has also incorporated reinforced PCIe expansion slots on their boards. This feature is marketed as ASUS SafeSlot - PCIe with enhanced retention and shearing resistance. The stainless steel shielding safeguards against interference and also improves mechanical strength of each slot. Additionally the three PCIe x16 slots feature Q-Slot clips aid with insertion and removal or large graphics cards. 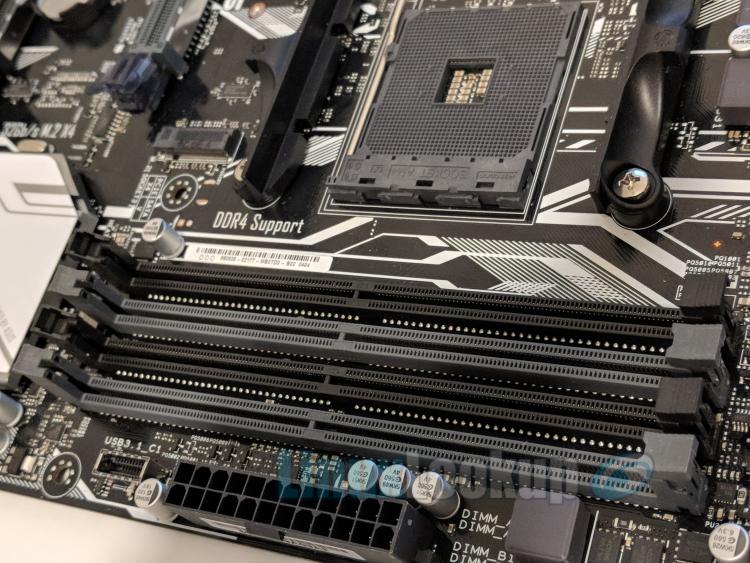 Present are four DIMM sockets, utilizing dual channel memory architecture, with support for up to 64GB of DDR4 system memory. Though AMD AM4 Platform officially supports a frequency of 2667MHz, according to ASUS, the PRIME X370-PRO supports a Memory Frequency of up to 4200MHz and I've confirmed this from within Unified Extensible Firmware Interface (UEFI).

For the duration of evaluation I have confirmed that the latest stable release of Ubuntu 17.10 (Artful Aardvark) successfully installs and operates under default conditions.

All on-board feature sets have been tested to function correctly out of the box, with the exception of RGB lighting control which requires software not available for Linux distributions. 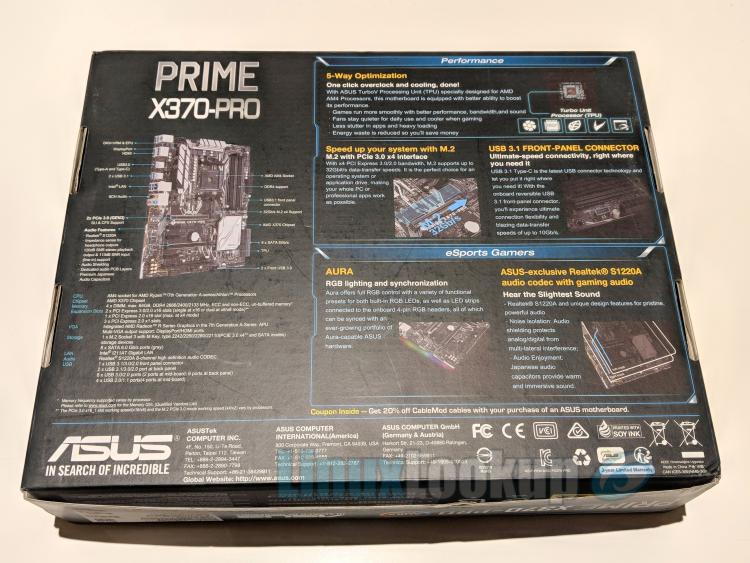 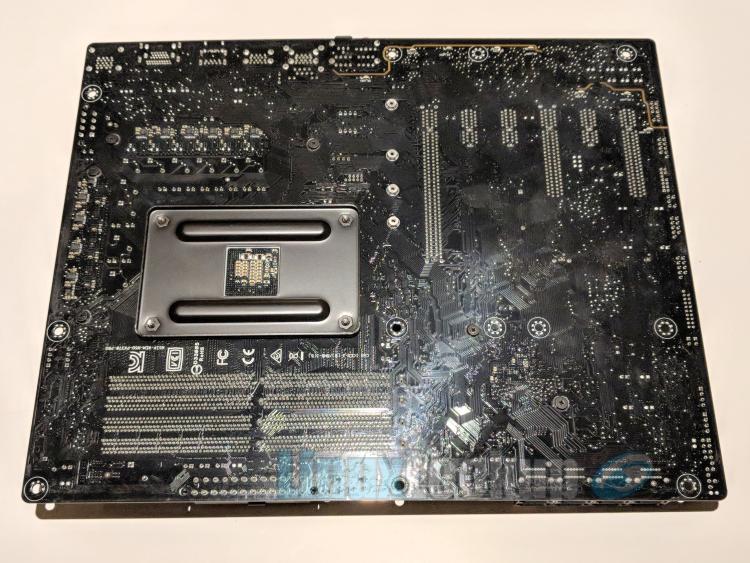 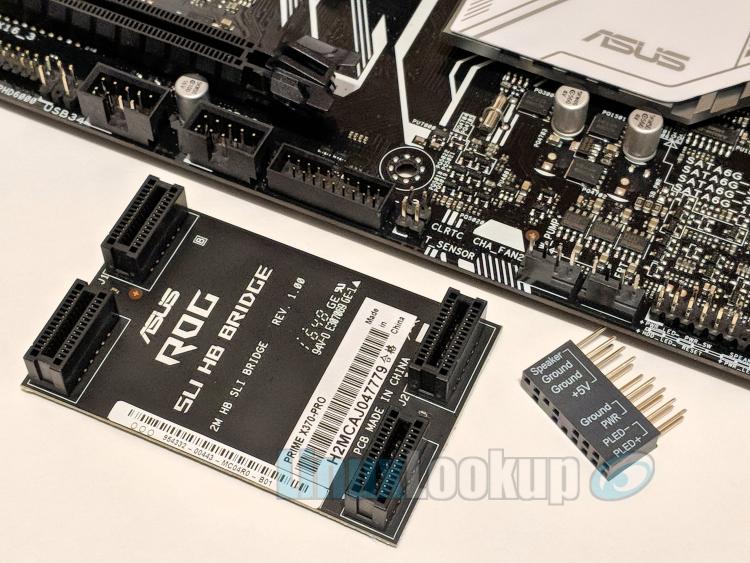 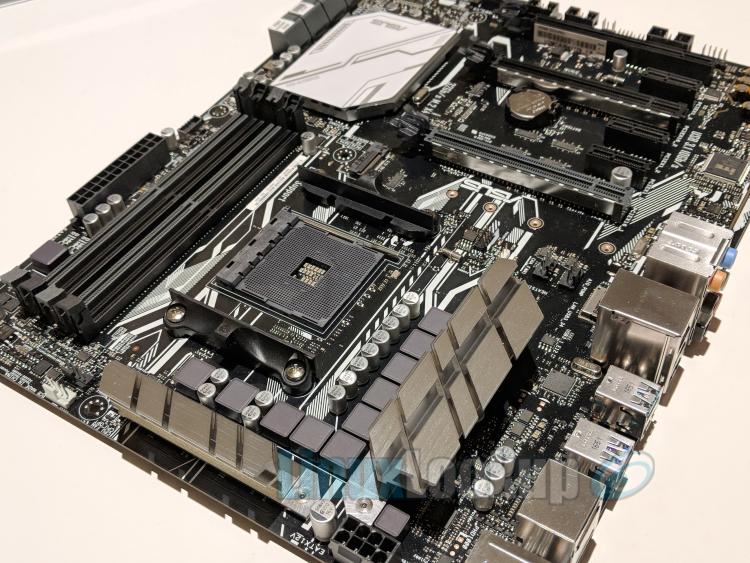 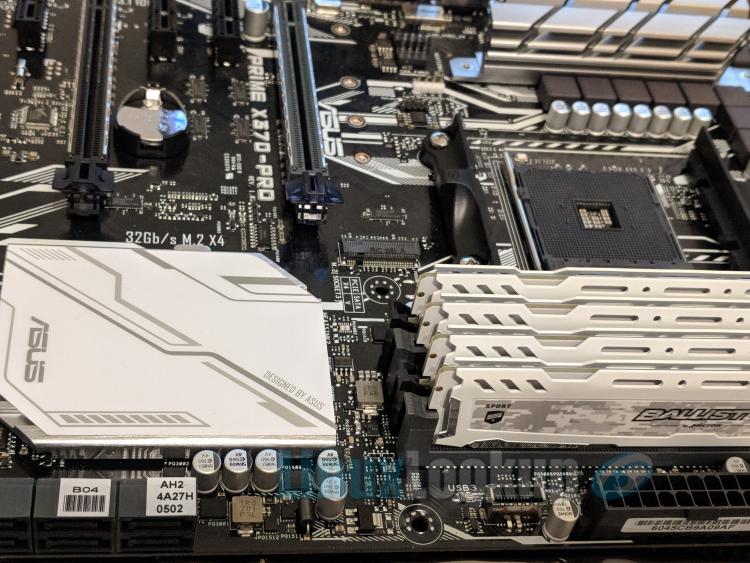 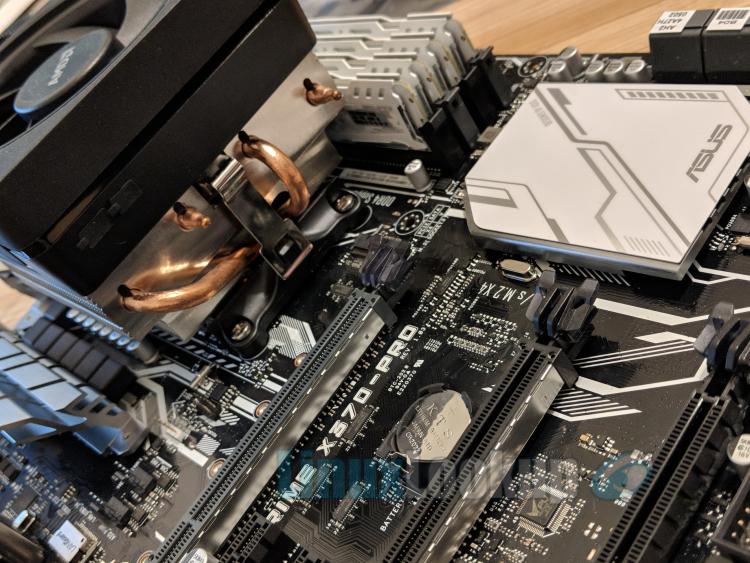 The ASUS PRIME X370-PRO offers a well engineered physical layout, along with all the premium features and abundant control you would expect from an enthusiast class motherboard.