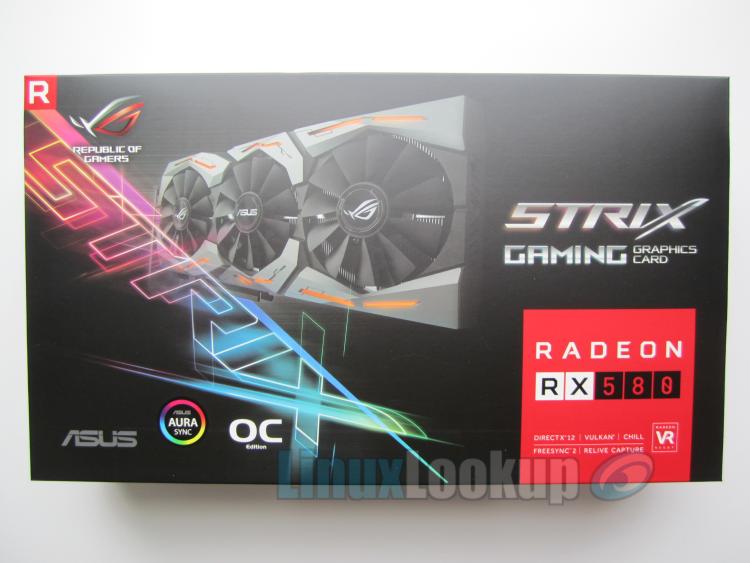 For those following our Kernel-based Virtual Machine (KVM) coverage here is a status update. Initially my plan was to evaluate on the new Ryzen AM4 platform but I've encountered some delays. More specifically, software troubles related to PCI Pass-Through — without stable PCI Pass-Through the entire purpose of evaluation has been defeated.

Several related bug reports have been documented and earlier this month (June 2017) AMD released AGESA 1.0.0.6 firmware which appears to be promising for fixes, however, I have not had the opportunity to evaluate these further.

My goal is to provide validation of newer hardware in correlation to achieving near native performance on Ubuntu Linux utilizing KVM + PCI Pass-Through. Once satisfied with the results I will publish a step-by-step HowTo article which will include a hardware recommendation list. If you're unfamiliar with Kernel-based Virtual Machine and what we've been experimenting with, please take a moment to view our initial demonstration of Windows Gaming with QEMU/KVM on Ubuntu Linux.

The ASUS ROG Strix Radeon RX580 8GB OC Edition graphics card has been sitting in our lab since release. So rather than postpone any further, I've decided to move forward with benchmarking this GPU on an older Intel LGA 1150 platform (Haswell) which is stable. 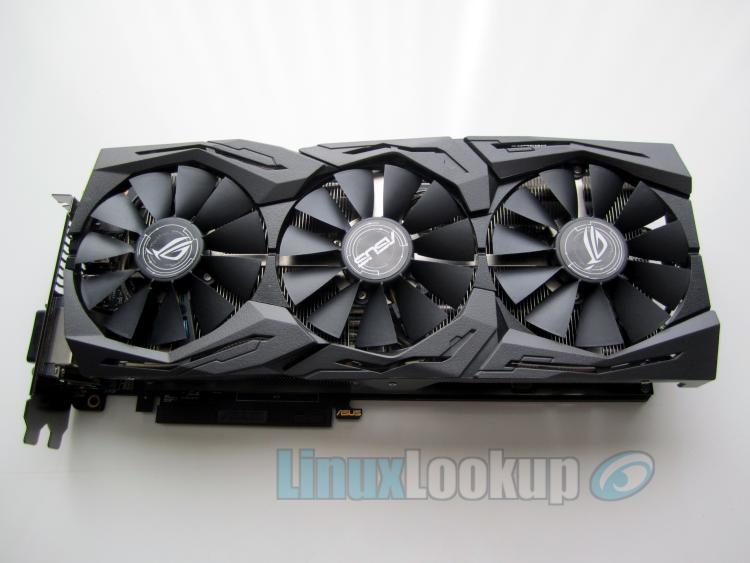 Note: Integrated Graphics is set in the BIOS to be primary, RX580 to be used for PCI Pass-through.

Shown below is a comparative of GPU benchmarks from Superposition 2017 by UNIGINE. These test results were produced by running the ASUS ROG Strix Radeon RX580 8GB OC Edition graphics card on both a native Windows 10 Pro installation and a Ubuntu Linux (Host) utilizing KVM with PCI Pass-through on virtualized Windows 10 Pro (Guest) installation.

A total of eight tests were ran. 1080p Extreme, 4K Optimized, 8K Optimized and VR Maximum benchmarks on both configurations. Not only does this demonstrate performance, it also confirms compatibility of the ASUS AMD RX580 8GB OC Edition with KVM + PCI Pass-Through. 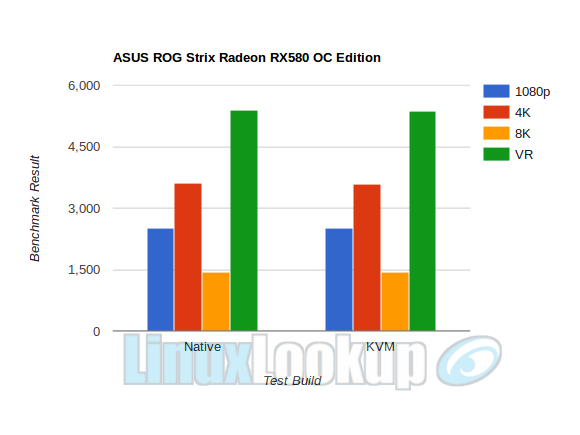 As you can see the ASUS ROG Strix Radeon RX580 8GB OC Edition yields exceptional performance when comparing native verses KVM. Variation in results is so slight that it's difficult to interpret visually in the graphs, so here are the exact numbers. 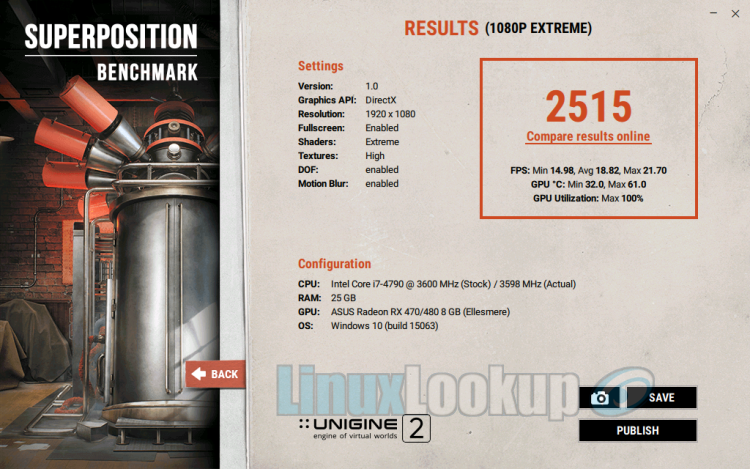 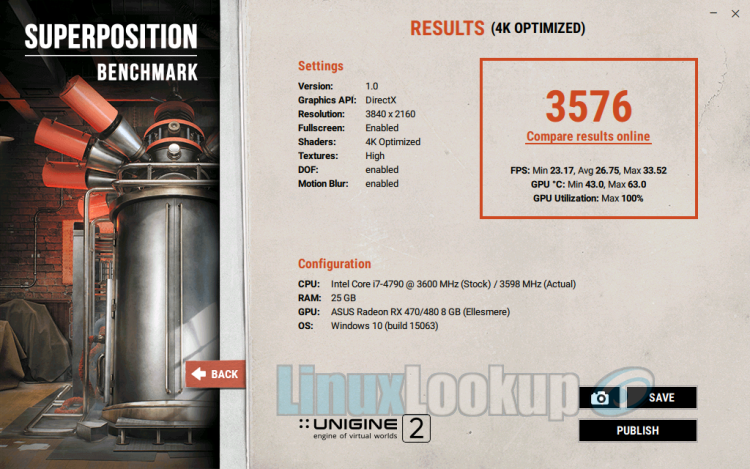 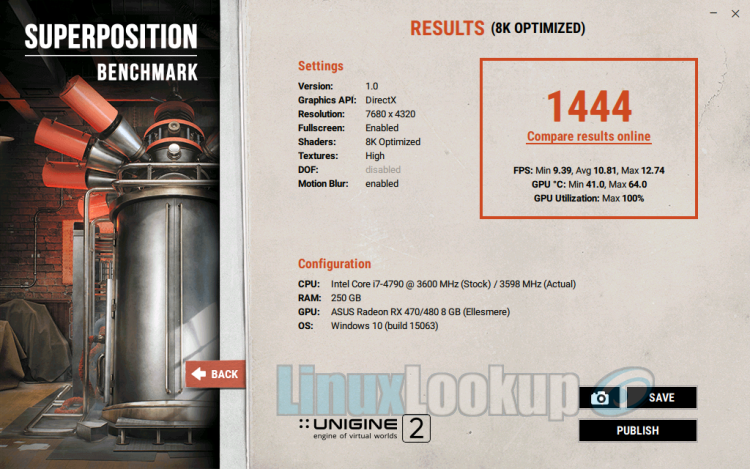 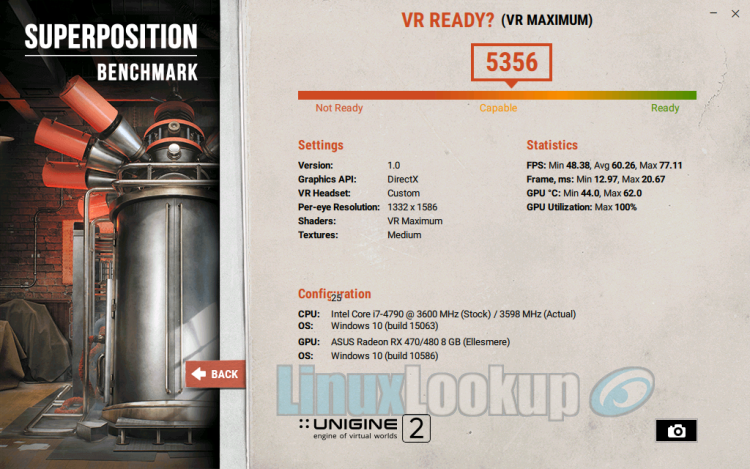 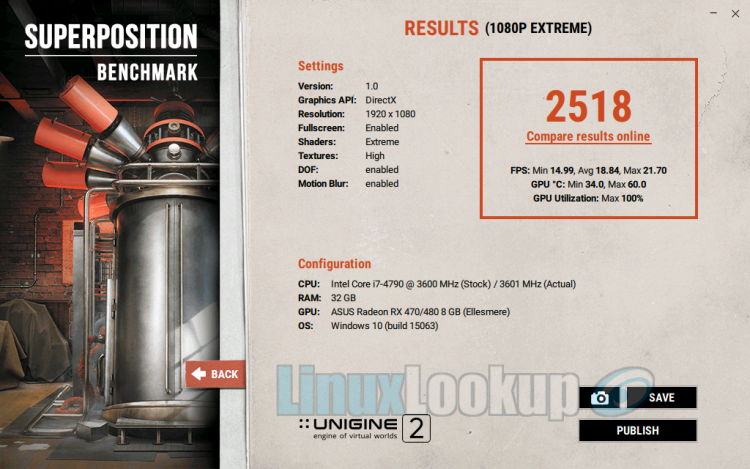 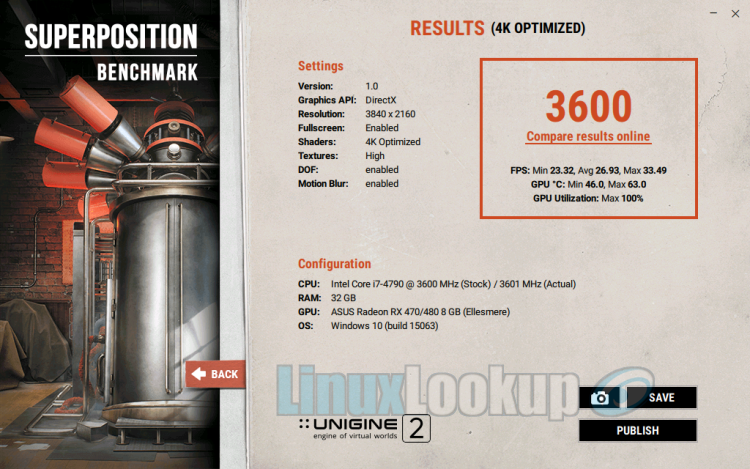 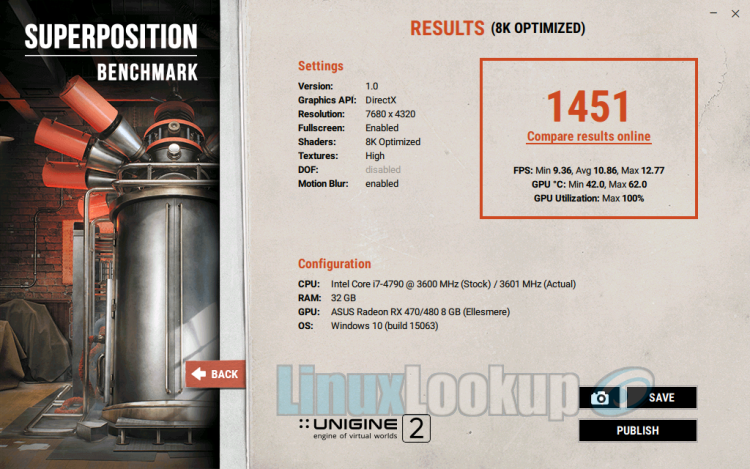 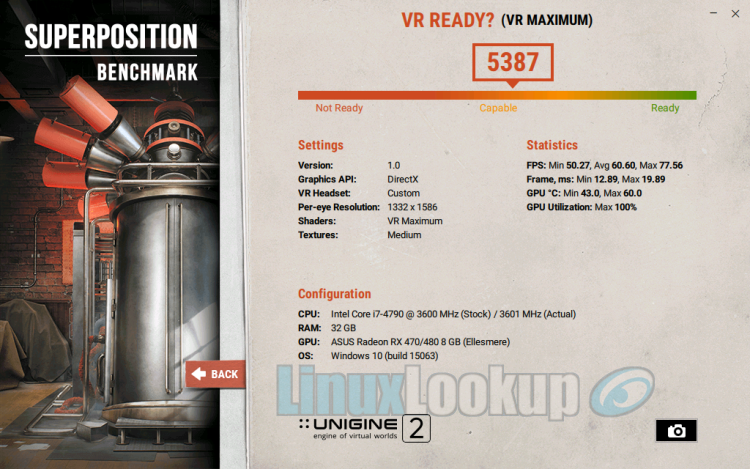 Use of the ASUS ROG Strix Radeon RX580 8GB OC Edition is highly recommend and no issues were encountered under our older Intel build.

I'll be acquiring additional Motherboards and GPUs for testing. In addition to developing a better format for our KVM PCI Pass-Through tests, my shot-term focus will also be on evaluating the following conditions. 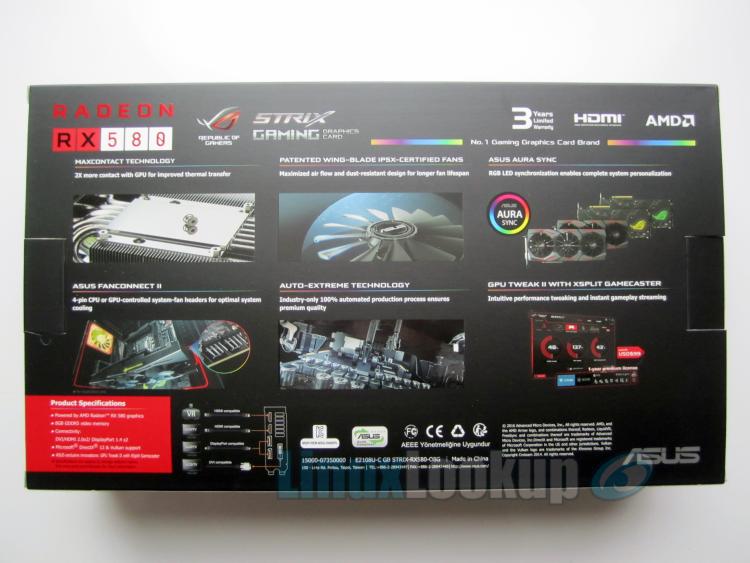 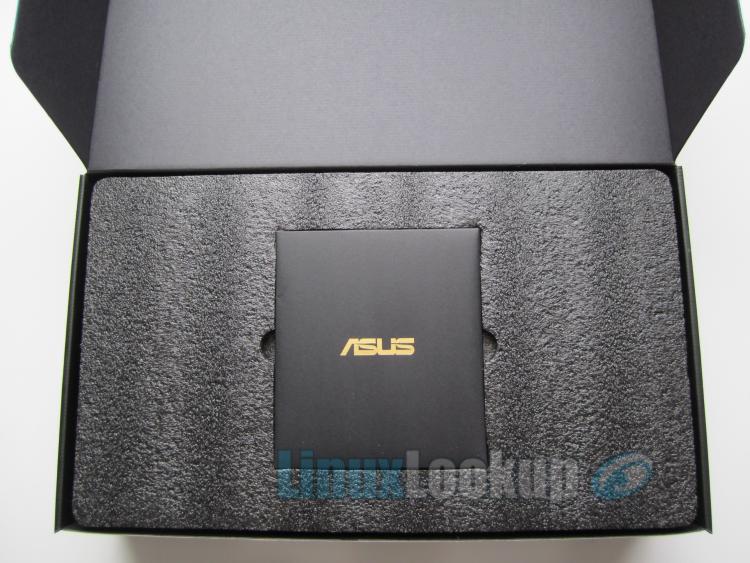 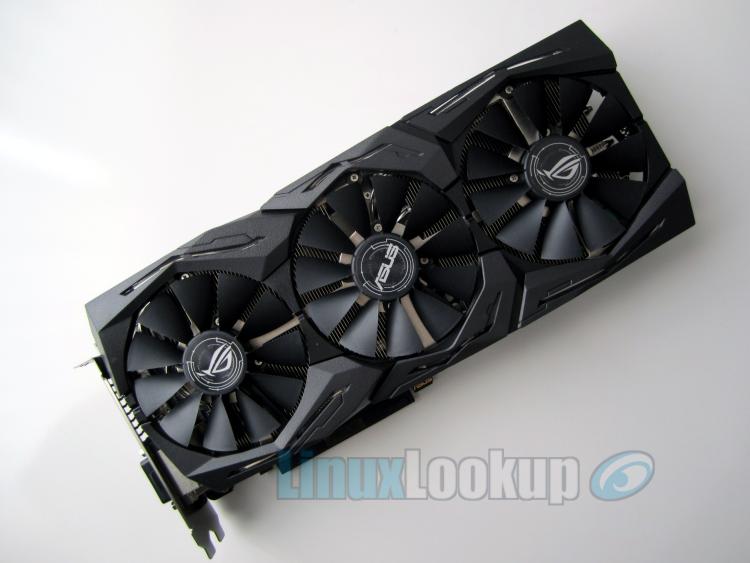 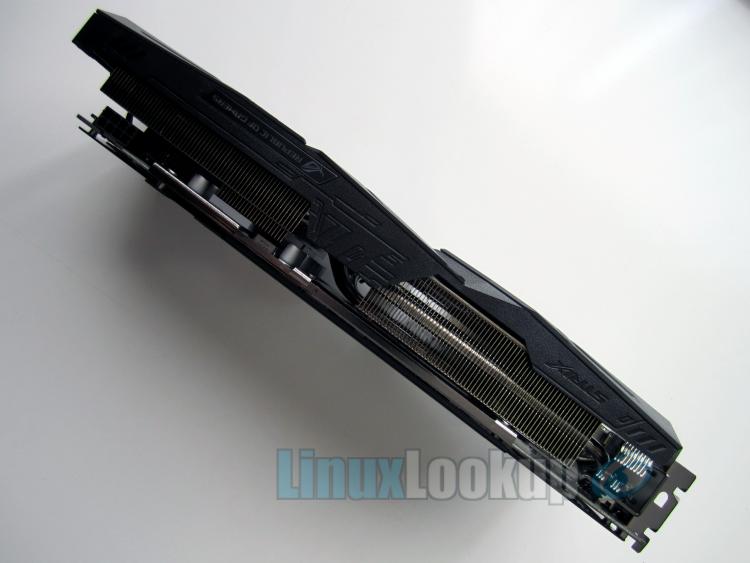 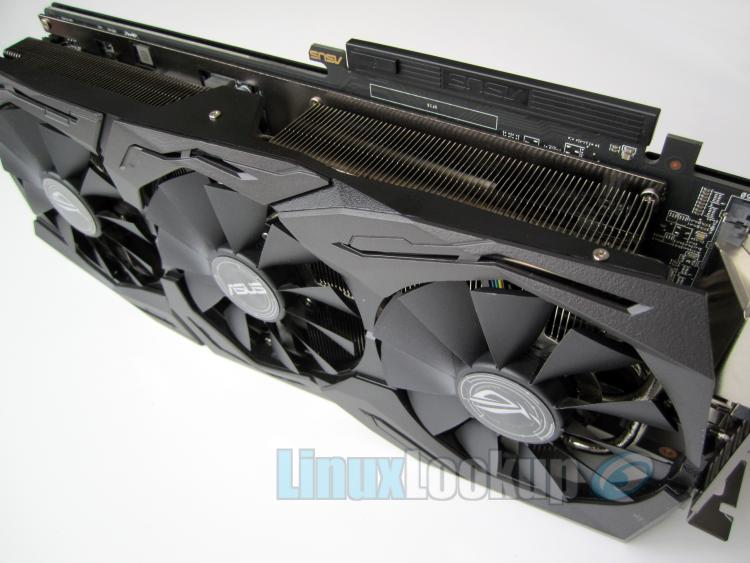 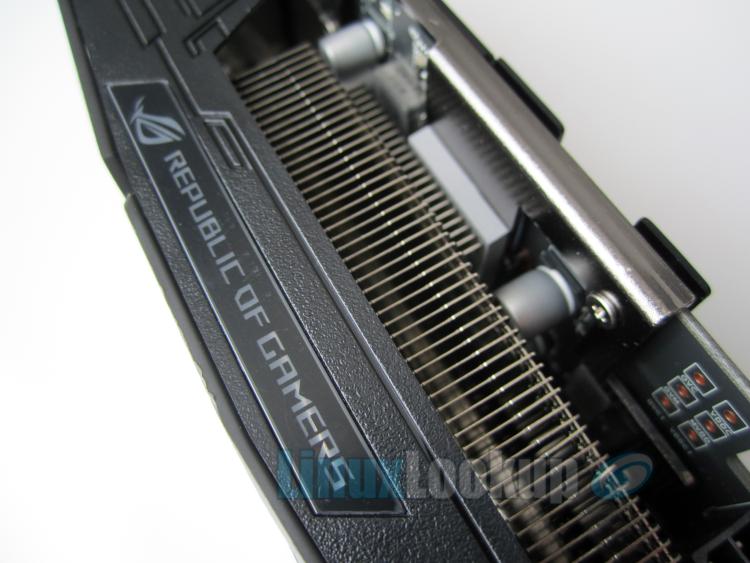 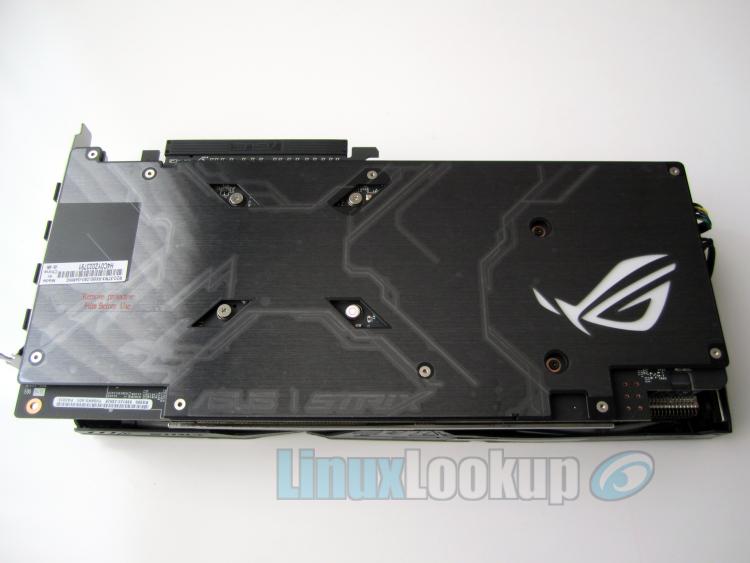 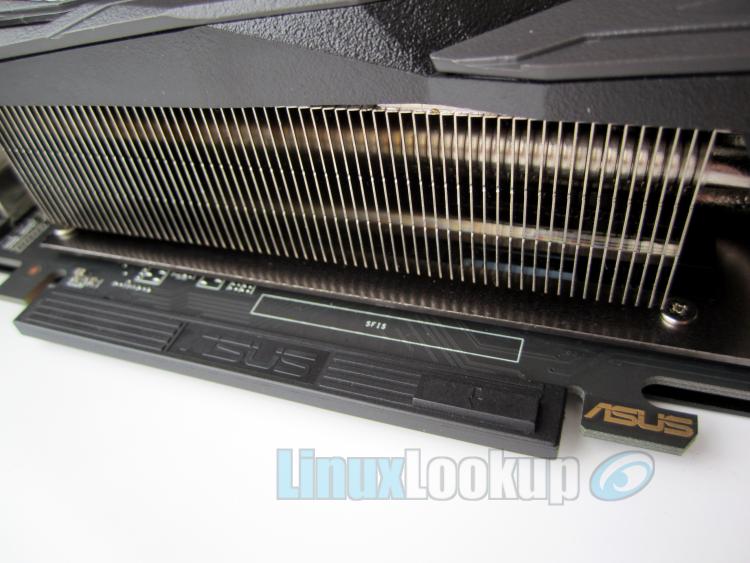 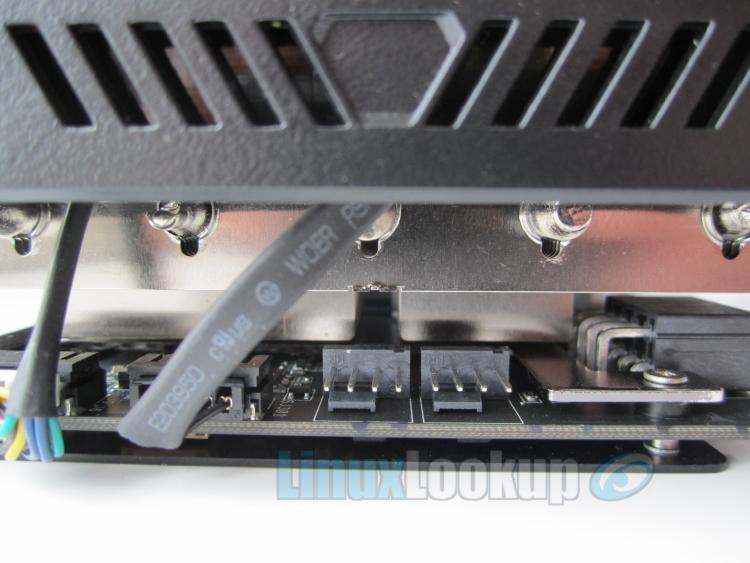 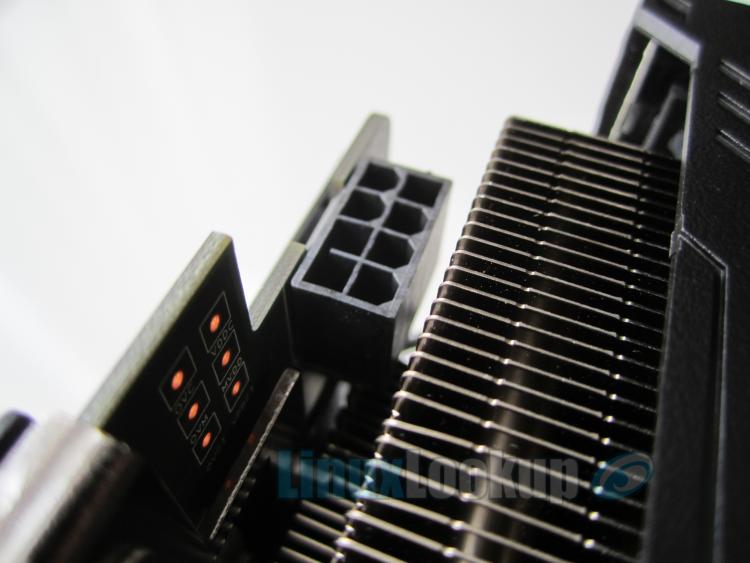 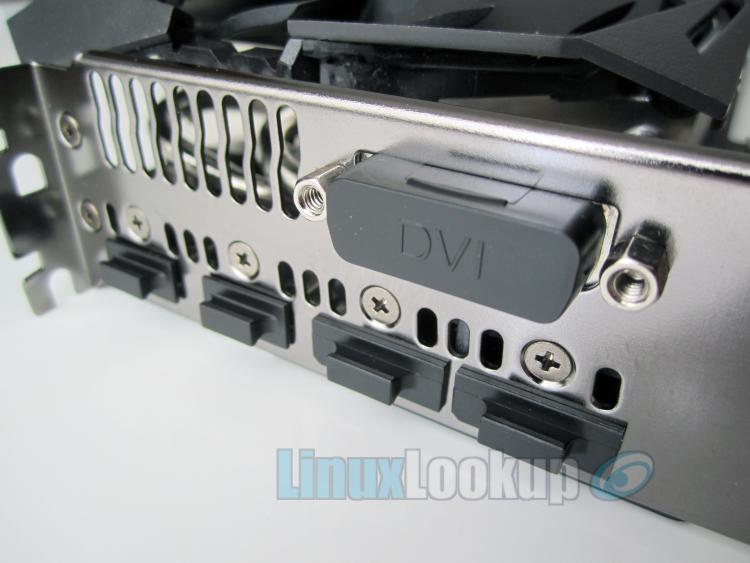 As expressed in this article, Intel Core i7 was stable, achieving near native performance results utilizing PCI Pass-through.

I've built both a native and KVM configuration but ran into some troubles with virtualization on the Ryzen AM4 platform, more specifically with GPU Pass-though. I will report back once I test the AGESA 1.0.0.6 firmware.