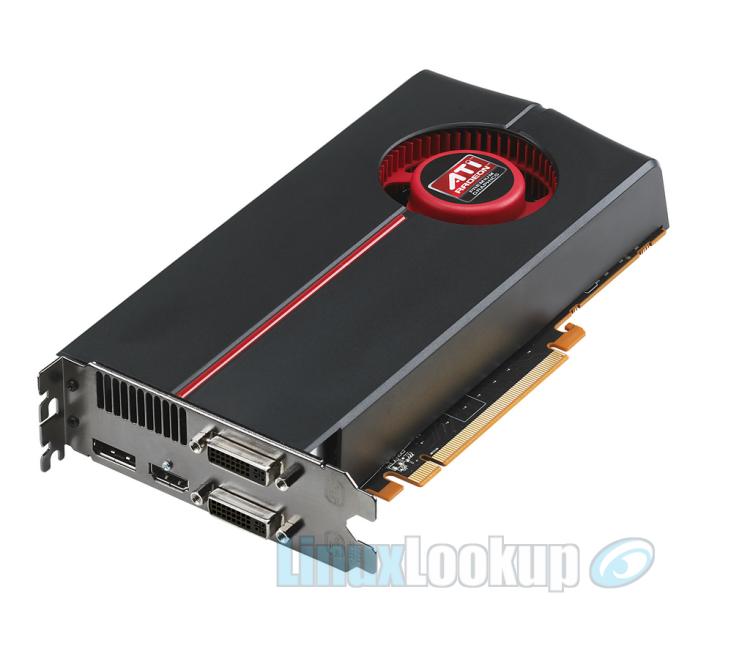 Last fall AMD unleashed four new graphic cards based on their Evergreen GPU architecture. First introduced was the high-end Radeon HD 5870, quickly followed by the launch of the Radeon HD 5850, two cards that had many enthusiasts drooling over raw performance power. Though these cards were proven to be a great success, the premium price point was a little high.

Weeks later, two economical variants from the same Evergreen family of chips were release. Based on the Juniper core, the Radeon HD 5770 and HD 5750 represented AMD's mid-range position. With excellent performance and pricing between $109 to $159, these cards hit their target on the mainstream market.

Outlined in the chart above you'll see a brief comparison of the 5000 series graphics cards. Sharing all the same features (listed below) of the 5800 series, the 5700 series is basically scaled down versions of Radeon HD 5870 and Radeon HD 5850 cards.

Today we're going to take a look at the ATI Radeon HD 5770 which offers performance, power efficiency and an attractive price point accommodating most budgets. Breaking it down on paper, the 5770 is a sub-$200 card offering a core clock speed of 850MHz with 800 stream processors and 1GB of memory running at 4.8GHz (data rate) on a 128-bit bus. 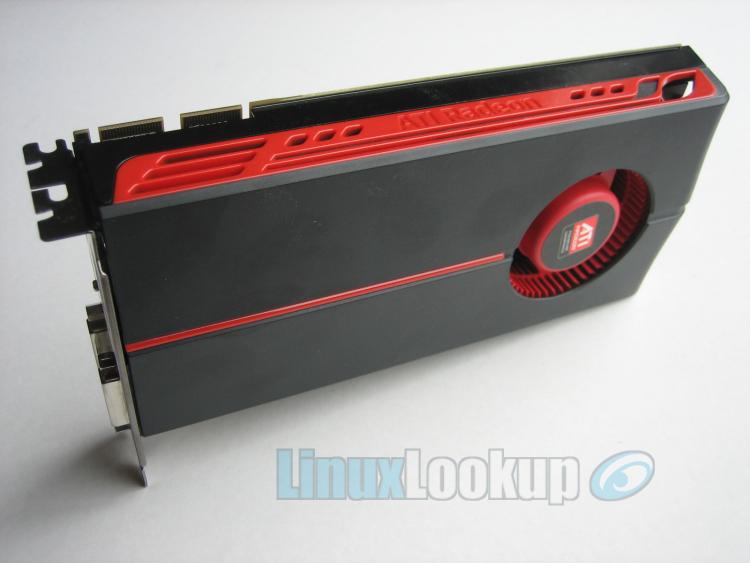 The Radeon HD 5770 is essentially a more compact version of the 5800 Series, featuring a dual slot cooling design very similar to that of the previous series. The over-all length of the Radeon HD 5770 is 8.7", making it nearly three inches shorter than the Radeon HD 5870. This of course takes up less room which in turn allows for seating in almost any mid-tower chassis. 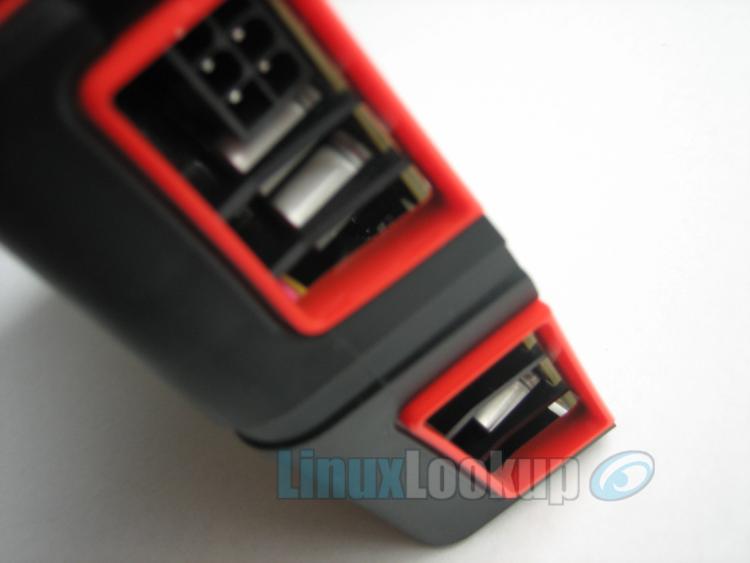 The Radeon HD 5770 has a low draw on power thanks to the new Juniper core. Pushing the card to peek performance can result in up to 108 watts draw, but at 18 watts idle power consumption, the 5770 is one of the most energy efficient graphics cards available on the market.

A 6-pin PCI Express power connector is located inside one of the vent holes. AMD recommends a 450W or greater power supply for a single card, or minimum 600W power supply for ATI CrossFire configurations. 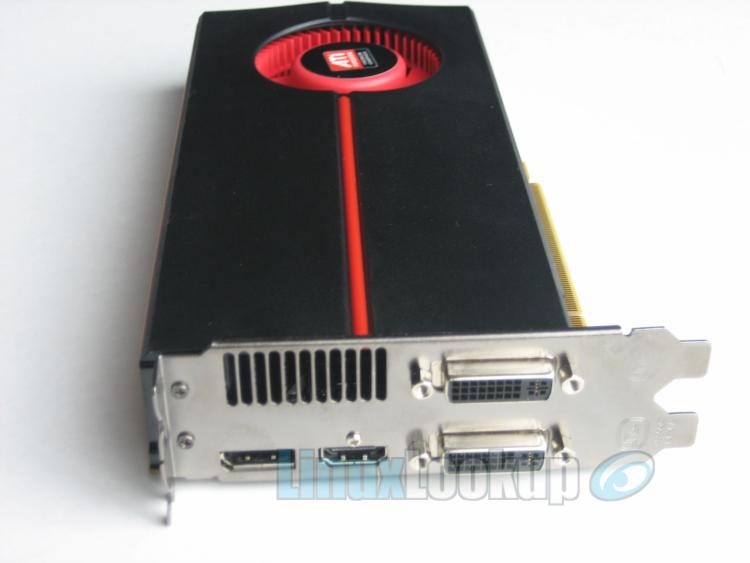 The Radeon HD 5770 graphics card has a pair of dual-link DVI-I outputs along with DisplayPort and HDMI output. This allows for panoramic display using ATI Eyefinity technology. ATI Eyefinity multi-display technology allows you to run up to six displays and multiple configurations with a single graphics card. Each display can have a resolution of up to 2560 x 1600 producing a overall maximum display resolution of 7680 x 3200. This is absolutely huge for extended or multiple desktops, just imagine what gaming would be like. But don't get too excited, there is a catch. The current Linux driver (Ver 10.4 - Dated:4/27/2010) does not support Eyefinity and according to AMD is scheduled to be enabled in a future ATI Catalyst driver release.

I know this is disappointing, but don't call the productivity police just yet. This isn't going to stop you from using the card under Linux. Most individuals that game are running a dual boot Linux/Windows system anyway, and the Windows driver supports Eyefinity. Allow me to remind you of the potential costs associated with running concurrent displays. First you would need at least 3 monitors, one of which needs to utilize DisplayPort. If not, then you're going to need a DisplayPort to HDMI Adapter which is hovering around $70 still. 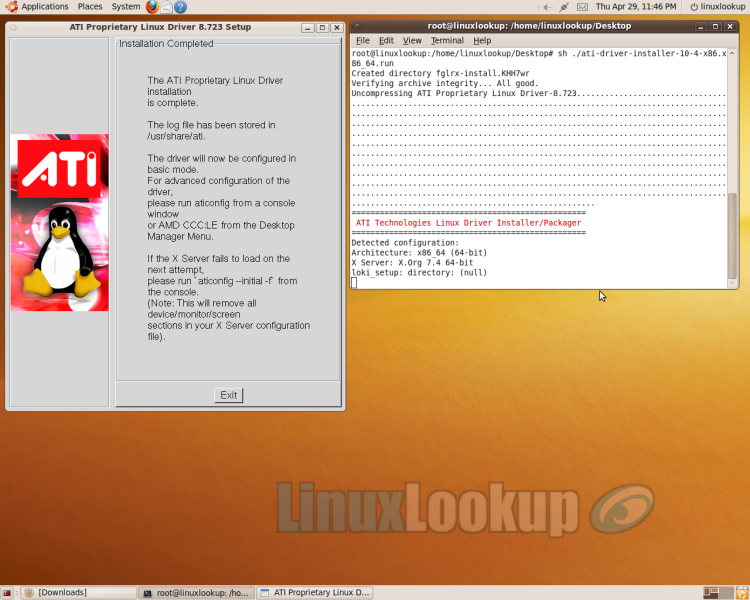 Majority of ATI cards in the last few years have had official proprietary display driver support direct from AMD. The Radeon HD 5770 is no exception. Downloading the latest ATI Catalyst software suite directly from the AMD website is always recommended and be sure to follow the well documented installation instructions provided.

Though not applicable to stand-alone Linux installations, those of you with dual boot Linux/Windows gaming systems will be happy to know the Radeon HD 5770 is a DirectX 11 ready graphics card. This was heavily promoted around the release of Window 7 last fall, but in the end doesn't affect Open Source operating systems.

If you're interested in helping improve the ATI Catalyst Linux software suite, AMD has setup the ATI Linux feedback program where you can provide feedback. 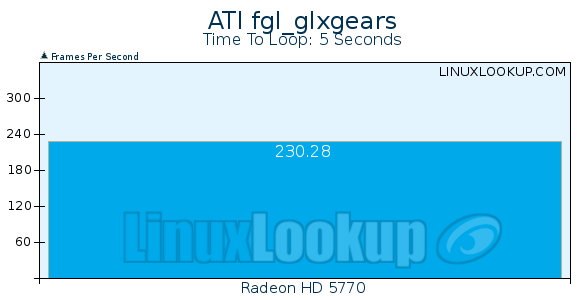 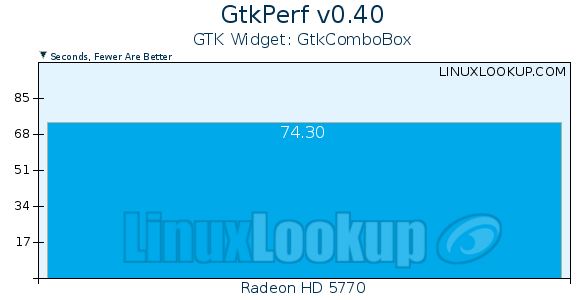 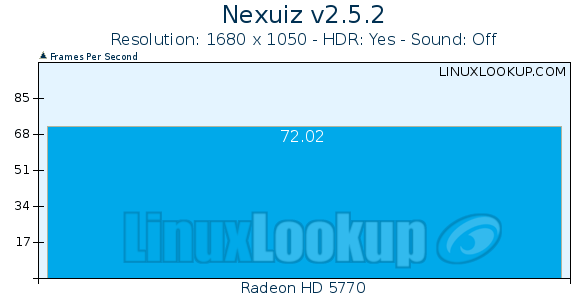 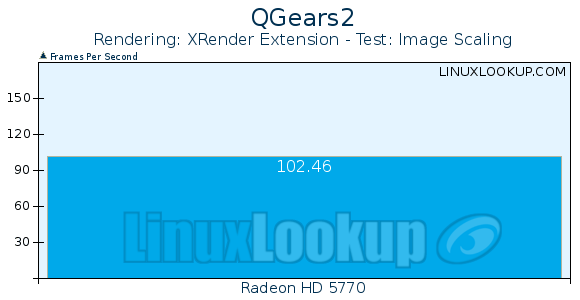 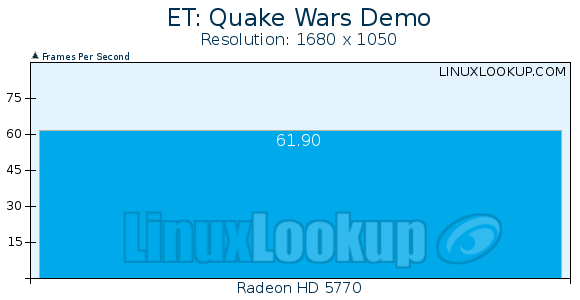 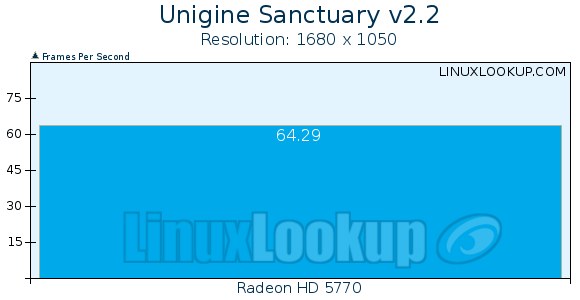 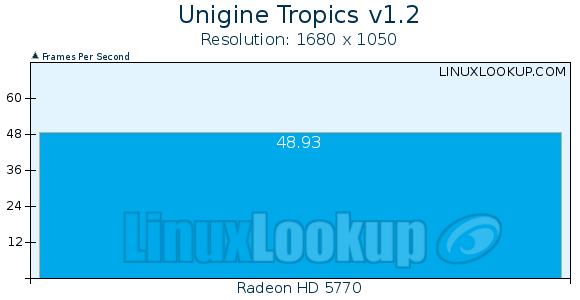 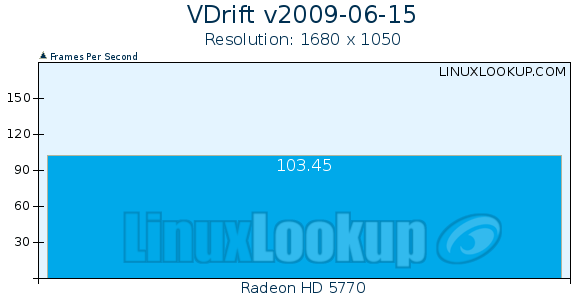 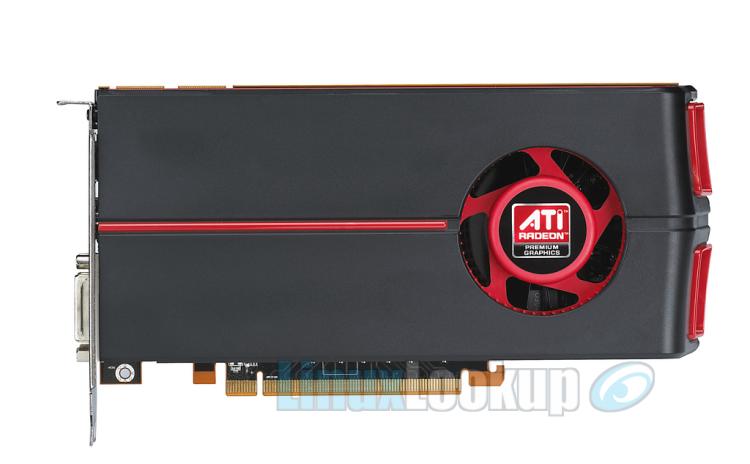 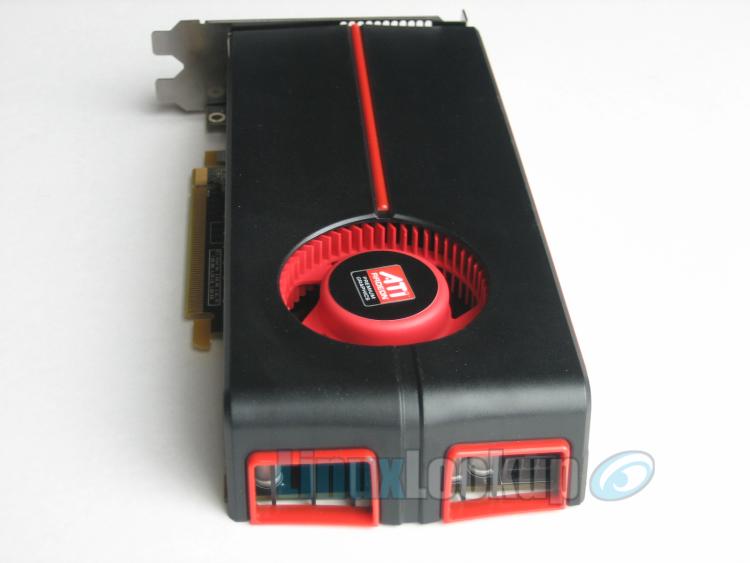 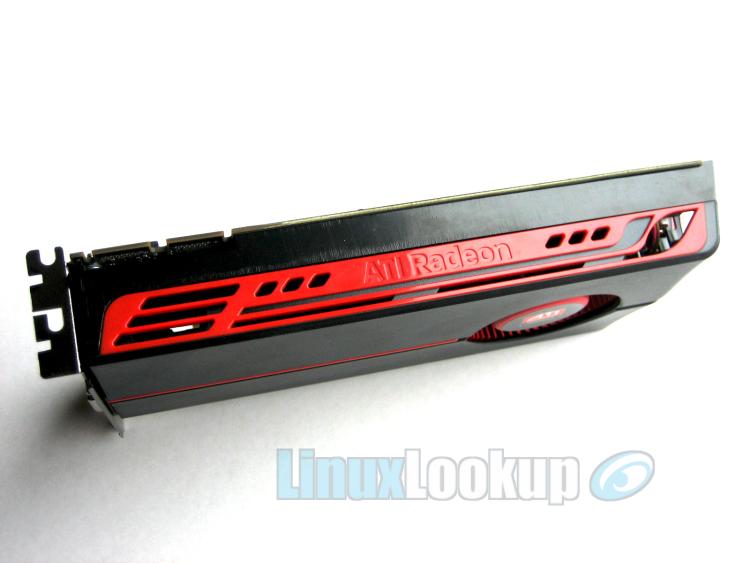 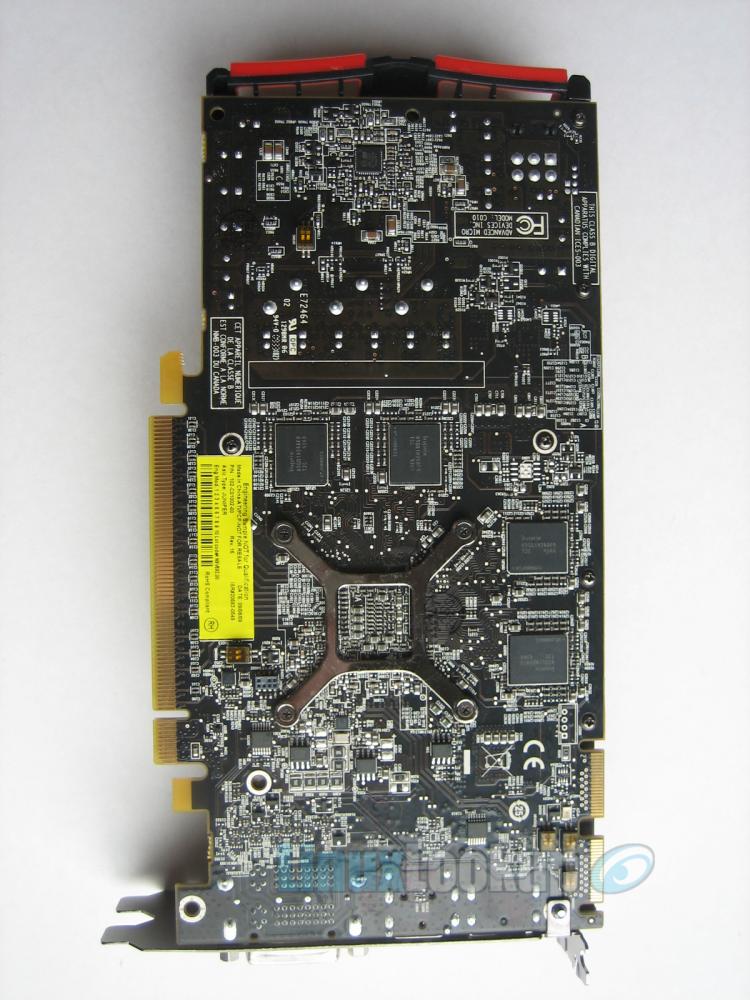 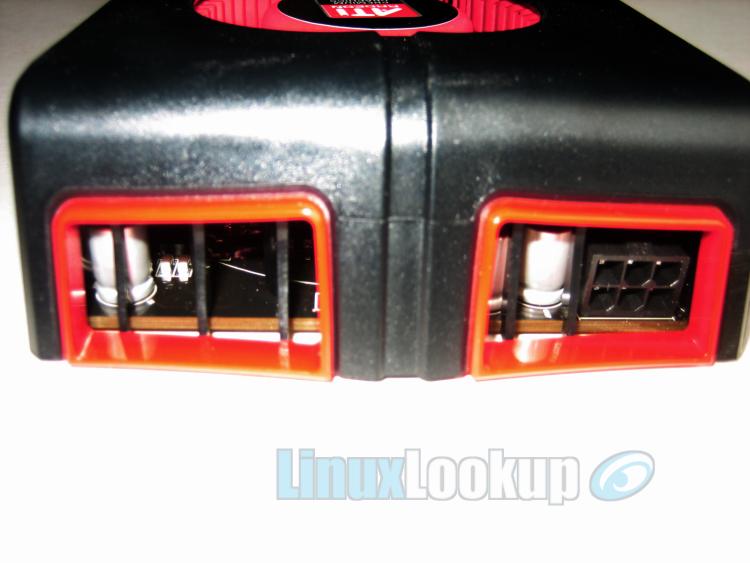 For consumers looking to purchase a new mid-range graphics card the 5770 is a wise choice. But it is difficult for me to recommend upgrading to the Radeon HD 5770 if you already own a Radeon HD 4870. You're not going to notice a world of difference in performance, though gaining features such as Eyefinity multi-display technology, bitstreaming and DirectX 11 support on those dual boot Linux/Windows setups are well worth it.