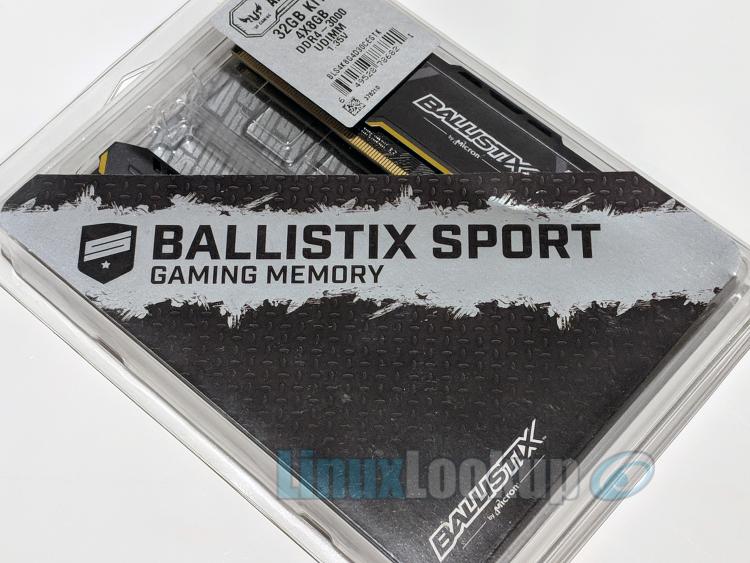 Ballistix Sport AT is the latest offering in performance memory from Crucial. These DDR4 memory modules share characteristic of the Sport Series such as faster speeds, lower latencies, and increased bandwidth at an affordable price point.

In this review we're going to touch base on Sport AT exclusives, DDR4-3000 technology and what this 32GB Kit has to offer.

Ballistix it is another consumer brand under Crucial which in turn is owned by Micron Technology. Why am I tell you this? Well, we now negate "Crucial" from our Ballistix article titles and want those unfamiliar with the brands to recognize they're viewing a quality product, with a competitive warranty, backed by one of the longest standing memory manufacturers in the business. Now that we've cleared up this marketing wizardry, on with the review. 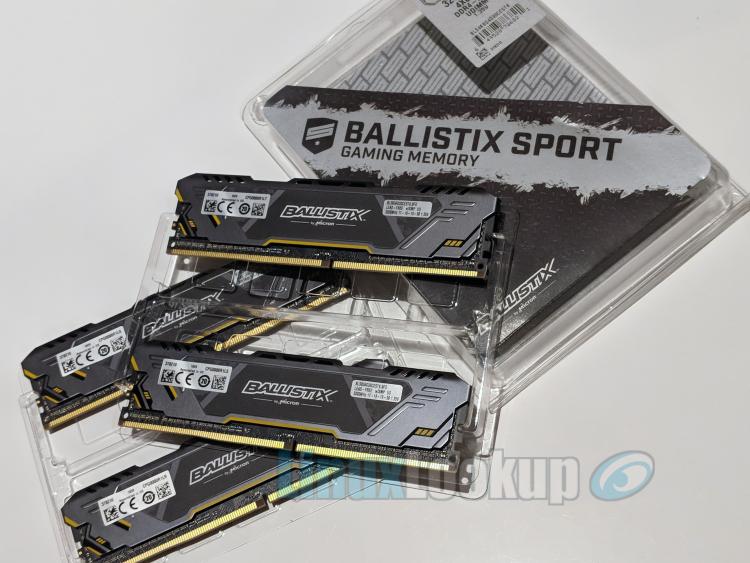 Ballistix Sport AT memory is available for purchase as individual DDR4 modules in a 8GB or 16GB density with speeds of either 2666 or 3000 MT/s. You may also choose from a 2-peice or 4-peice kit with varying quantities spanning 16GB, 32GB and 64GB total capacity — retail price points range from $89 up to $795 depending on your selection. 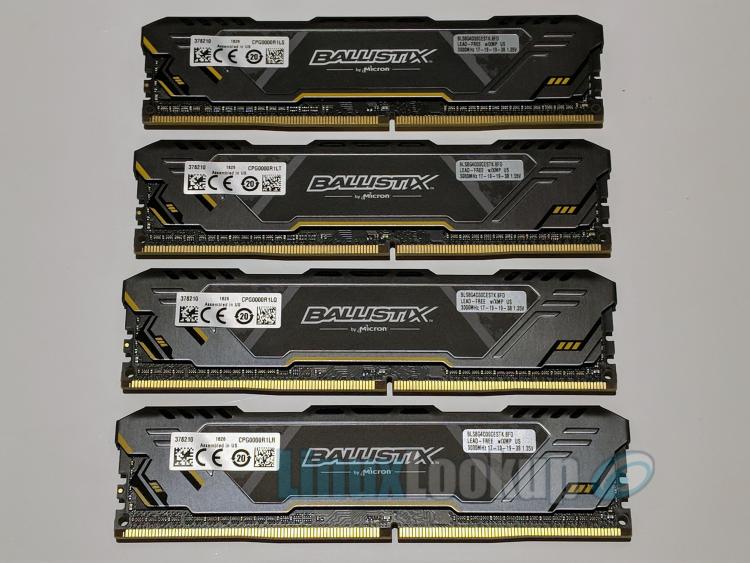 We've selected the Ballistix Sport AT DDR4-3000 32GB Kit which is comprised of 4 x 8GB UDIMMs. This fully populates the dual channel memory slots on the motherboard as depicted in the photo below. 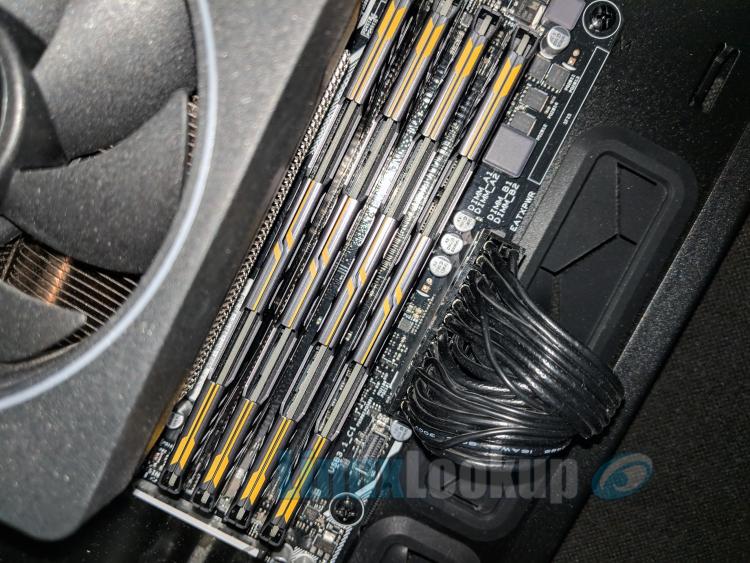 Exclusive to the Sport AT, Crucial has collaborated with ASUS to furnish the heat spreader to match the unique style of ASUS TUF Gaming motherboards. This is strictly complementary aesthetics and is only available in one color, yellow. 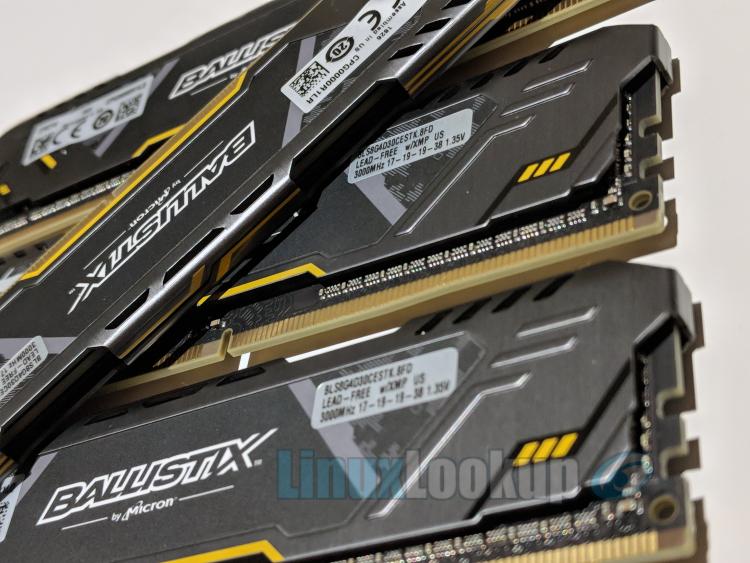 Modern game engines require more processing power from the CPU and GPU rather than memory resources. That being said, 32GB of memory is more than sufficient as the real benefit for gamers will come from the speed of Ballistix Sport AT DDR4-3000 specification.

For compatibility reasons all DDR4 memory meets a 2133MHz specification set fourth by Joint Electron Device Engineering Council (JEDEC). If you've been shopping around you may have noticed some manufactures offer modules with higher speeds, but these aren't always achievable due to motherboard support, firmware, etcetera.

In the case of Ballistix Sport AT these DDR4 modules offer a rated clock speed up to 3000MHz. DDR4-3000 would be my preferred choice over the DDR4-2660 (2666MHz) model within the Sport Series as it offers a slight performance gain.

During this evaluation I used an AMD X370 chipset motherboard and was able to apply 3000MHz Extreme Memory Profile (XMP) with sustained stability during regular use and benchmarking. 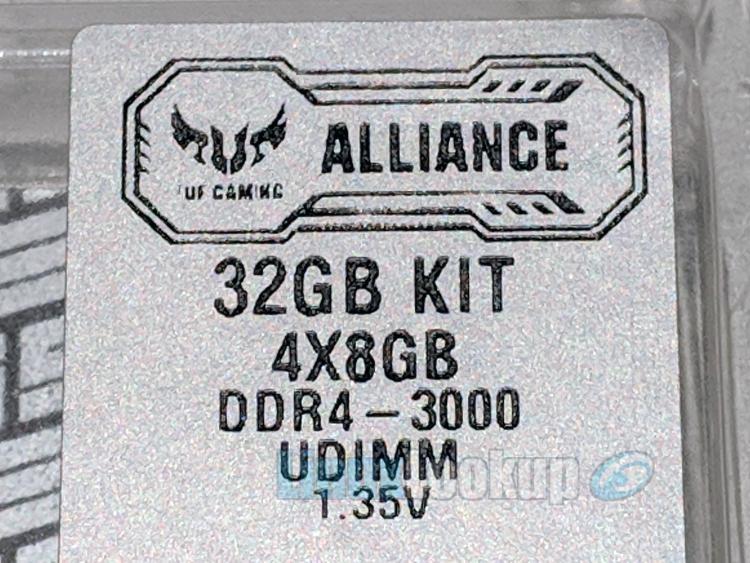 Performance testing was done under Ubuntu 18.04 LTS (Bionic Beaver) with a 4.15 Kernel. Your results may vary. 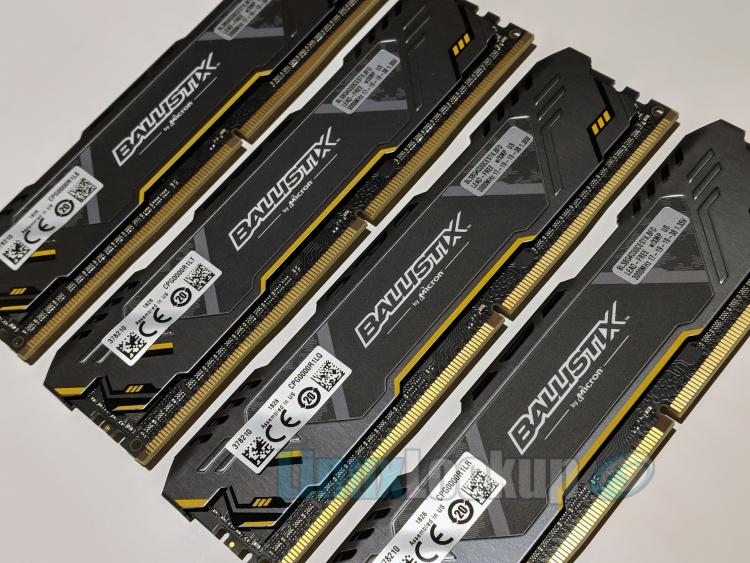 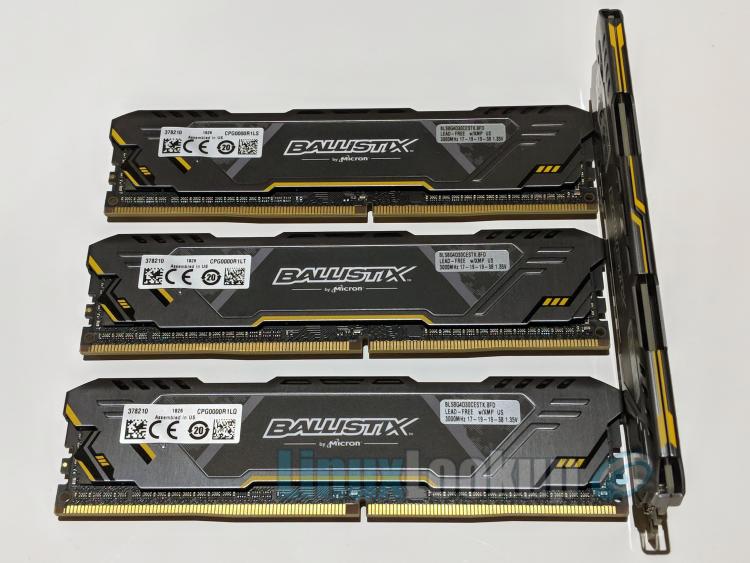 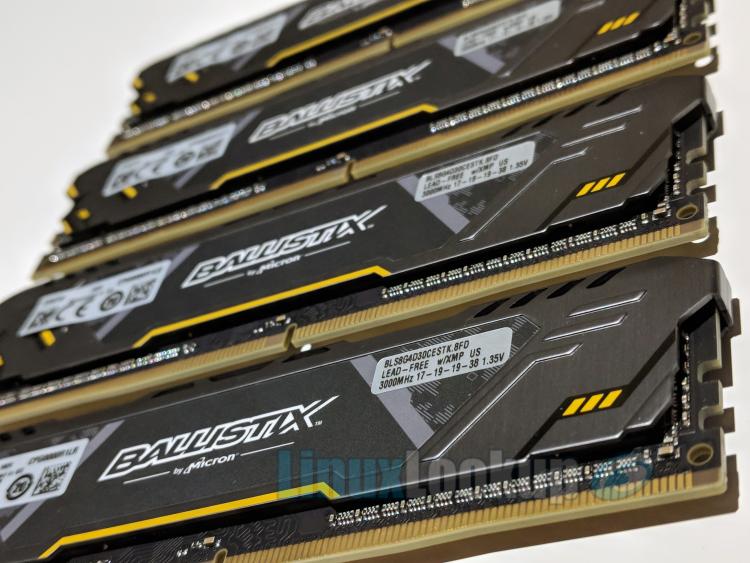 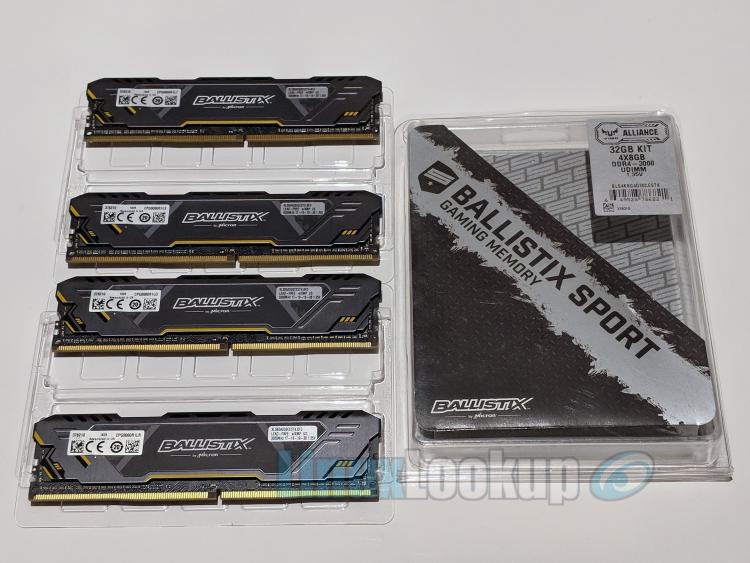 We expect nothing less than a great product from Crucial as they once again hit the mark with the Ballistix Sport AT DDR4-3000 32GB Kit. Currently the price point is marginally high, but well worth it for DDR4-3000 in a 32GB configuration.