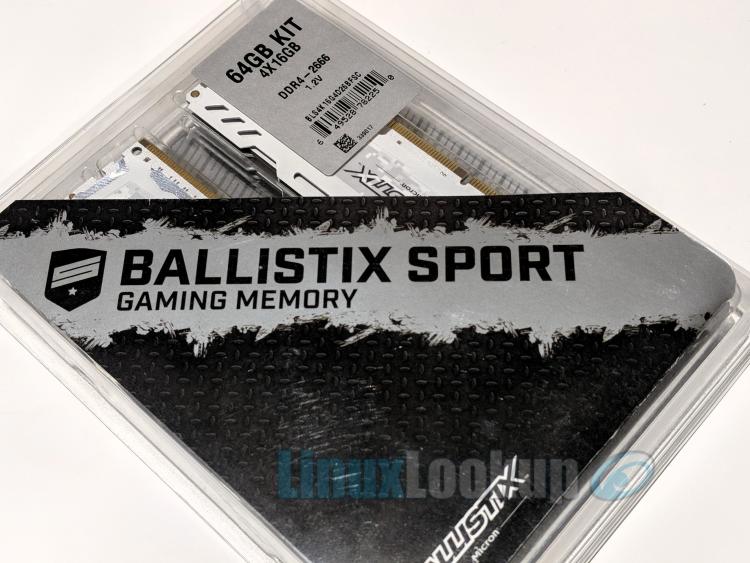 Ballistix Sport LT DDR4 Kit is performance memory from Crucial which is marketed towards enthusiasts, gamers, and anyone who simply wants to get more out of their system.

In this review we're going to touch base on DDR4 technology and what this 64GB Kit has to offer. 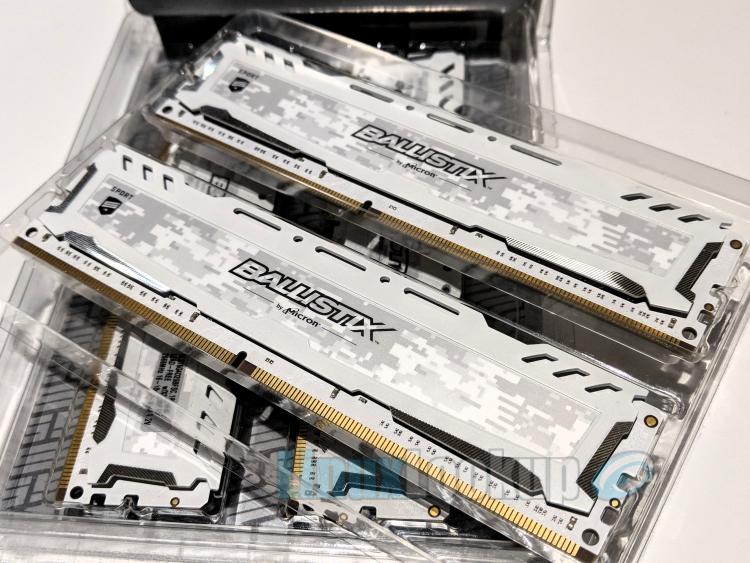 Ballistix it is another consumer brand under Crucial which in turn is owned by Micron Technology. Why am I tell you this? Well, I've negated "Crucial" from the article title and want those unfamiliar with the brands to know that they're viewing a quality product, with a competitive warranty, backed by one of the longest standing memory manufacturers in the business. Now that we've cleared up this marketing wizardry, on with the review.

Ballistix Sport LT DDR4 memory is available for purchase either individually or as a kit with varying quantities ranging from 8GB, 16GB, 32GB and 64GB capacities — retailing from $42 to $615 respectively.

There is a lot to choose from in this series and offered in a variety of different form-factors, so when browsing the Crucial website I'd highly recommend using the Crucial Advisor tool to identify compatible options. 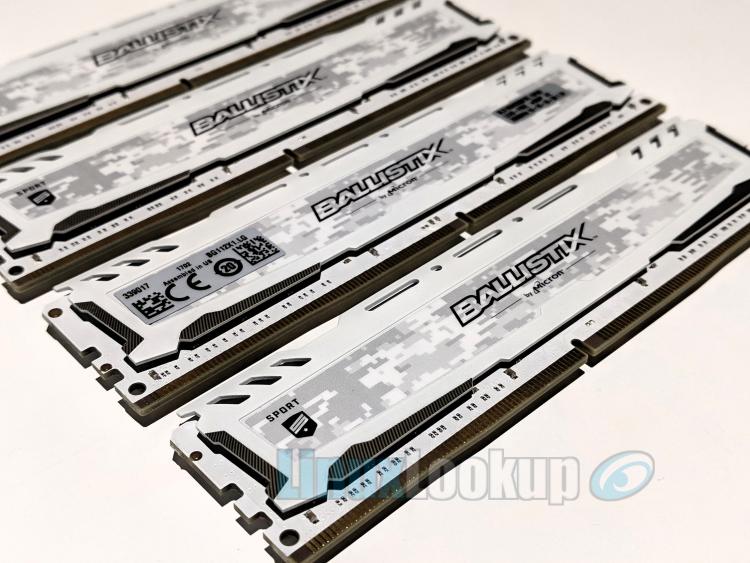 We've selected the Ballistix Sport LT White 64GB Kit which is comprised of 4 x 16GB UDIMMs. This fully populates the dual channel memory slots on the motherboard and as depicted in the photo below, white digital camouflage heat spreader adds some visual flair (also available in gray or red). 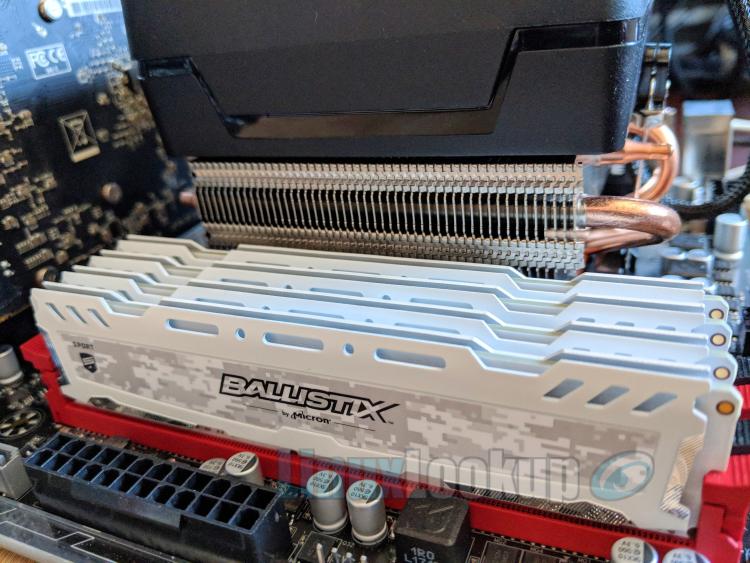 Having 64GB of available memory is useful in multi-tasking desktops or workstations that utilize virtual machines, high-end VR, or video editing and rendering. However, if your primary focus is on gaming you'll want to opt for a smaller density kit, as 64GB will be underutilized. Modern game engines require more processing power from the CPU and GPU rather than memory resources. That being said, the real benefit for gamers will come from the speed of Ballistix Sport LT.

For compatibility reasons all DDR4 memory meets a 2133MHz specification set fourth by Joint Electron Device Engineering Council (JEDEC). If you've been shopping around you may have noticed some manufactures offer modules with higher speeds, but these aren't always achievable due to motherboard support, firmware, etcetera.

In the case of Ballistix Sport LT these DDR4 modules offer a rated clock speed of 2666MHz. Which in my opinion now currently an optimal choice over 2400MHz we've seen pushed in recent months. During this evaluation I used an AMD X370 chipset motherboard and was able to apply 2666MHz Extreme Memory Profile (XMP) with sustained stability. 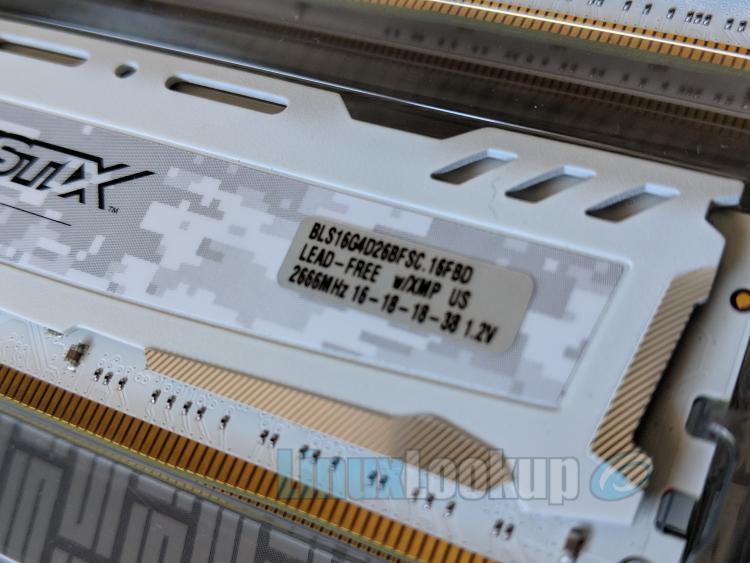 DDR4 operates at a reduced voltage (1.2 volts) when compared to the previous generation DDR3 (1.5 volts). For an average desktop user this doesn't exactly equate to any significant savings on the home utility bill, but in large scale data center these numbers become more important.

Performance testing was done under Ubuntu 17.10 (Artful Aardvark) with a 4.13 Kernel. Your results may vary. 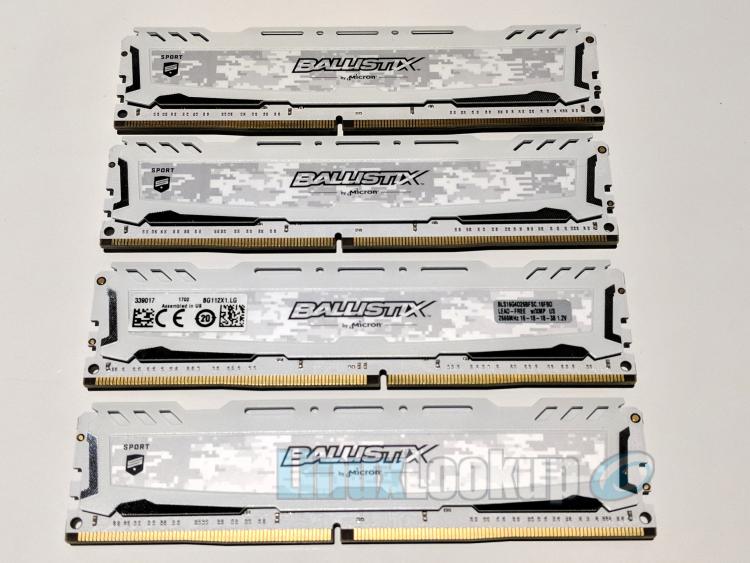 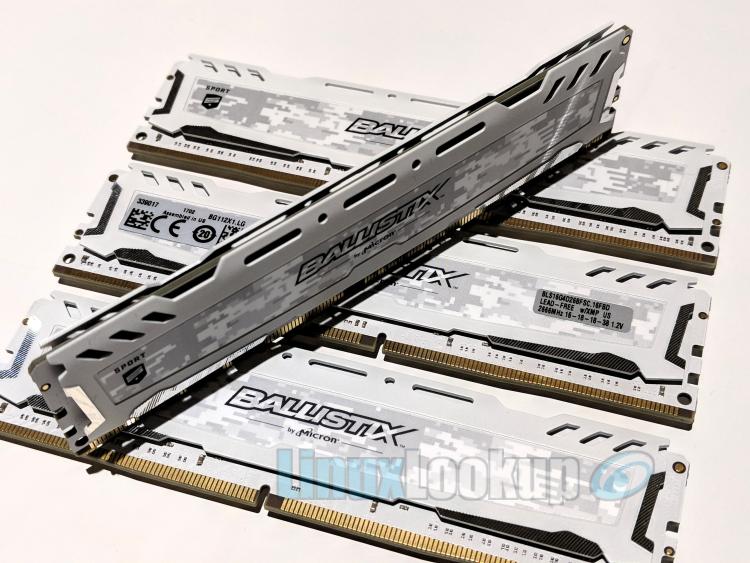 With AMD’s new AM4 socket (Ryzen) entering the market, memory performance is more important than it has been for years. Advantages of upgrading to DDR4 can be seen in large DIMM densities and higher frequencies (speed). The Ballistix Sport LT White 64GB DDR4 Memory Kit offers the proven reliability of Crucial and a better value compared to similar products.