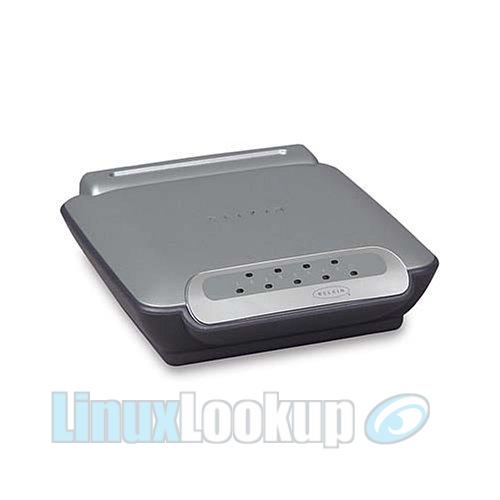 Never before have I owned or used any Belkin networking products, this alone was enough incentive to write this review.

When I first received this switch I already had an existing network setup between several machines via a 4 port 10Mbps hub. Eager for speed, I plugged the new switch into the network before reading any of the documentation and was pleasantly surprised when all the machines continued to function as expected.

It wasn't until some time later that I noticed a multitude of colorful lights on the front and was eager to know more. Only then did I realize how comprehensive and detailed the manual and instructions were within the manual, it contains step-by-step instructions for setup and configuration of the switch and any computers connected to it (instructions for Windows (9x, ME, 2000 or XP) or Mac).

In order to test the uplink port I decided to link a couple of our network machines via the old hub and see how it easy it is. I linked the two up, pressed the uplink button and away it goes. I am very impressed with this switch!

After the installation was completed I moved onto a few simple benchmarks between several of the machines on our network. Three of these machines are running a version of Windows and one of which is running Debian Linux (yes, that one's mine). For the sake of tracking I am assigning names to each machine, below are the machine names and some brief technological details.

I performed several file uploads and downloads across the two main file transfer protocols in our household, namely FTP and SMB (Samba on Linux).

Here is a table of the various speeds that I recorded traveling from machine to machine. Note that all benchmarks involving computer "Jane" is limited to only 10Mbit/s as that machine is not equipped with a 100Mbit NIC.

The results were very promising. As expected the SMB network protocol was considerably slower than FTP transfers but in my experience this is always the case. When considering the network cards available for these tests and the transfer speeds achieved I was, once again, very impressed with this switch.

The switch comes supplied with a small clip on stand so it can stand up straight (vertical), this is what I have been using and it works well, very stable. Belkin also sell a wall mounting device which can mount three switches by attaching the mounting clip to any wall.

One thing you cannot fail to notice about this switch is the fact that it isn't a stackable one. Thankfully, this isn't a bad thing as Belkin saw fit to introduce a method for connecting multiple devices together via a side-to-side clipping method. It's really quite clever. This image shows the connection system; those small circles on the side of the switch. Unfortunately I only have one switch and so didn't have the opportunity of seeing this in action, though I imagine it would work very well.

With all the standard installation and benchmarking completed, I needed a new avenue to walk down - something else I can test the switch with and it came in the form of network routing. As I previously stated, a single PC is currently routing an internet connection (1Mbit ethernet) to several PCs. By linking the internet cable to the uplink port of the switch (and enabling the uplink port) all the machines connected to the network were instantly able to share the internet connection - I'll say it again, I'm impressed with this switch!

For only $87.99 (USD, £45 GBP) this switch is unbelievable value. Comprising of 8 independent, auto-sensing ports (1 of which can be an up-link port) I really was incredibly impressed with the ease of use and flexibility of it. Definitely a good buy!

An excellent buy, well worth the money - highly recommended!