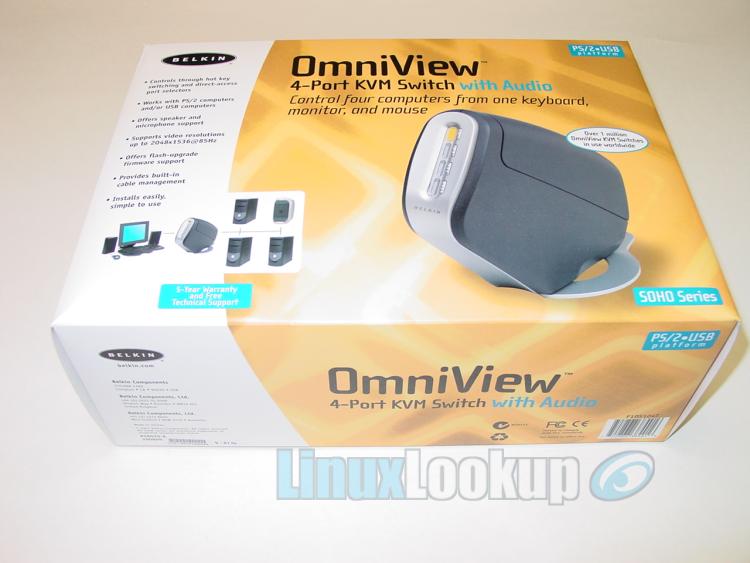 How many of you boast more than one PC on your home network but are restricted to switching one monitor between machines?

If you’re anything like me, you dread crawling behind a nest of wires and equipment to switch PS/2 and VGA cables around just so you can login for a few minutes. This absolutely has to be one of my biggest pet peeves with my home network.

For years my Linux machines have been without a desktop environment and remote console to console logins became routine due to the simple fact that I was too lethargic when it came to switch cables around between active servers. Well my friends, those days are now over thanks to Belkin’s OmniView SOHO KVM switch. This OmniView KVM switch allows you to control up to four computers with one keyboard, mouse and monitor along with the added benefit of speaker and microphone sharing.

Hot keys: Hot keys allow you to select ports using designated key commands. Control up to four computers, depending on model, using a simple hot key sequence on your keyboard.

AutoScan: The AutoScan feature allows you to automatically scan and monitor the activities of all operating computers connected to your KVM switch one by one.

Video Resolution: With a 400MHz bandwidth, the OmniView SOHO Series KVM Switch is able to support video resolutions of up to 2048x1536@85Hz. To preserve signal integrity at high resolutions, 75-Ohm coaxial VGA cabling is required.

Microphone/Audio Support: The OmniView SOHO Series has been designed with built-in mic and speaker jacks to support the growth of multimedia use in small office and home environments. This feature eliminates the need to disconnect and reconnect these devices when switching between computers and reduces the clutter on your physical desktop.

LED Display: An LED display is added to the face of the switch for easy status monitoring. A lit LED indicates which computer switch console has control of.

During this evaluation I tested the OmniView switch on three (3) different PCs all of which were running Debian Linux. The two monitors used were a ViewSonic 21” CRT and a NEC 15” LCD with a 1024 x 768 screen resolution by default. The only issue identified while tinkering around was some minor latency in mouse response time right after switching between active ports.

I’ve noticed this on several occasions, where the cursor would pause for two (2) – three (3) seconds when going back and fourth from console to a desktop environment. Personally this wouldn’t prevent me from buying the product, heck some of you may not even notice, but it was still worth mentioning. Signal integrity was clear and crisp, no fuzziness or distortion whatsoever.

Multimedia support is defiantly a plus to the OmniView switch. This allows you to share one set of speakers between multiple workstations. I didn’t run into any problems while playing with my sound source (Yamaha TSS-1 home theater), but keep in mind this feature will not allow you play music simultaneously between PCs.

One improvement Belkin could make to this product would be the addition of rubber feet to the bottom of the switch base. This would prevent the unit from sliding on desks when manually selecting ports. I found this to be quite a nuisance on a smooth surface. Then again, some of you may not experience this problem since the switch also has hot key functionality which allows you to select a computer with a quick keyboard sequence (scroll lock x2 + up or down or port number).

With most Keyboard-Video-Mouse (KVM) switching solutions the KVM cables are not included. The OmniView KVM switch is no different, so remember to factor in the number of cables you’ll need for each workstation before purchase.

When it comes to organization and tidiness I’m a total freak (blame it on my mother). So I took a little extra step when setting up the OmniView KVM switch. By using plastic cable ties to bind KVM cables together I spare myself some frustration when I want to move cables around in the future. Not to mention satisfy the tidiness obsession previously mentioned. Note: Pay attention to the male female ends of the cables and leave some extra room between ties on the end when plugging into the base unit. Binding cables is great idea if you have more than two workstations but this step is obviously for cosmetic purposes and isn’t necessary when setting up the OmniView KVM switch. Straight out of the box setup should only take you ten minutes. 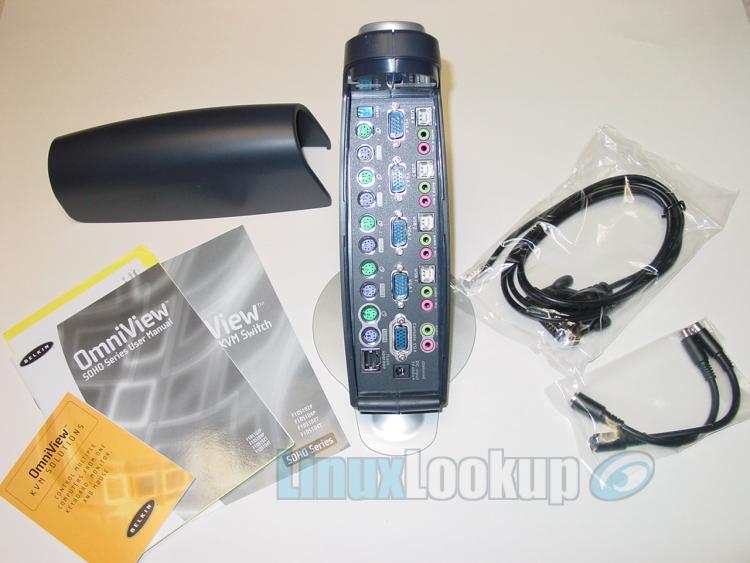 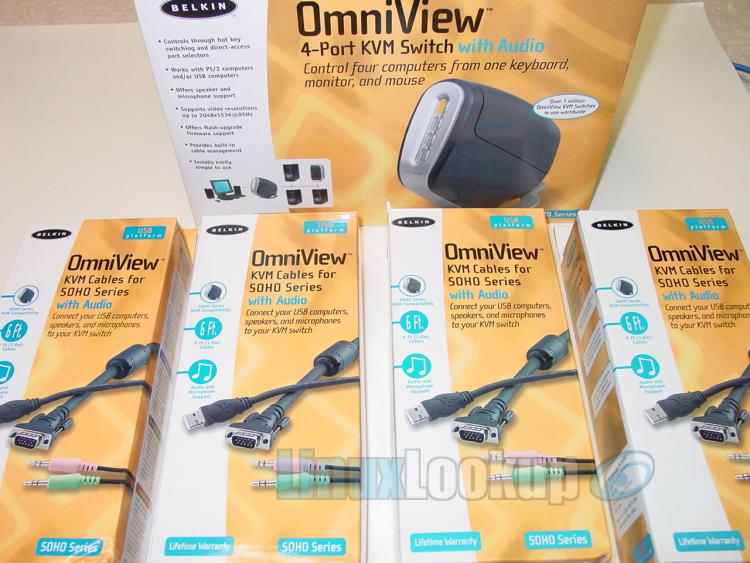 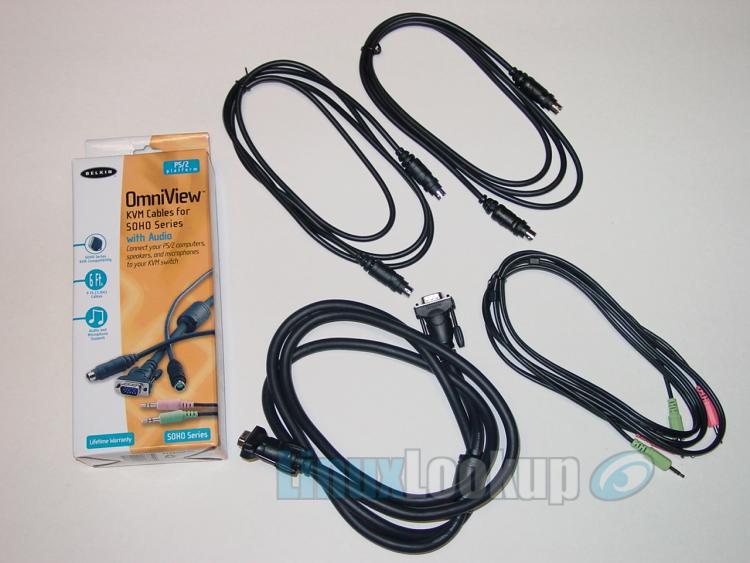 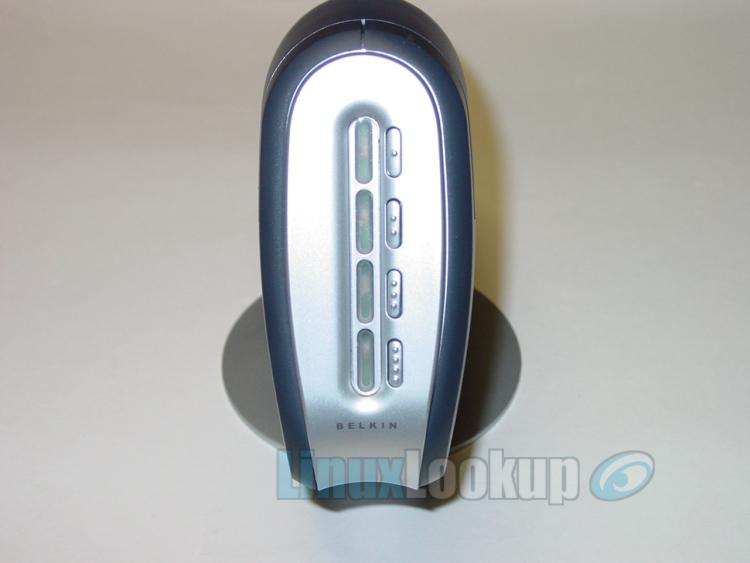 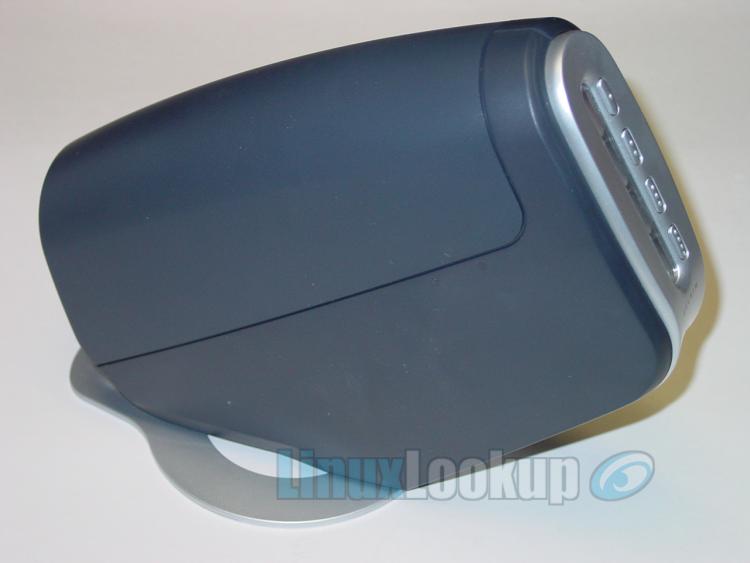 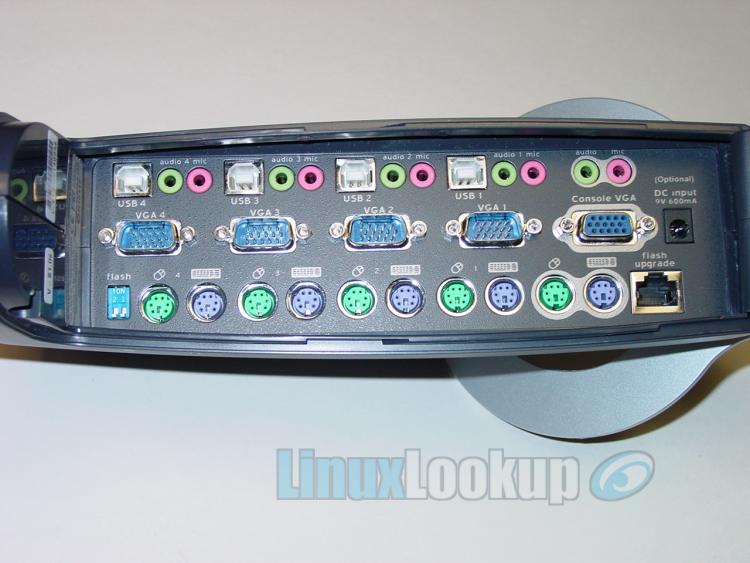 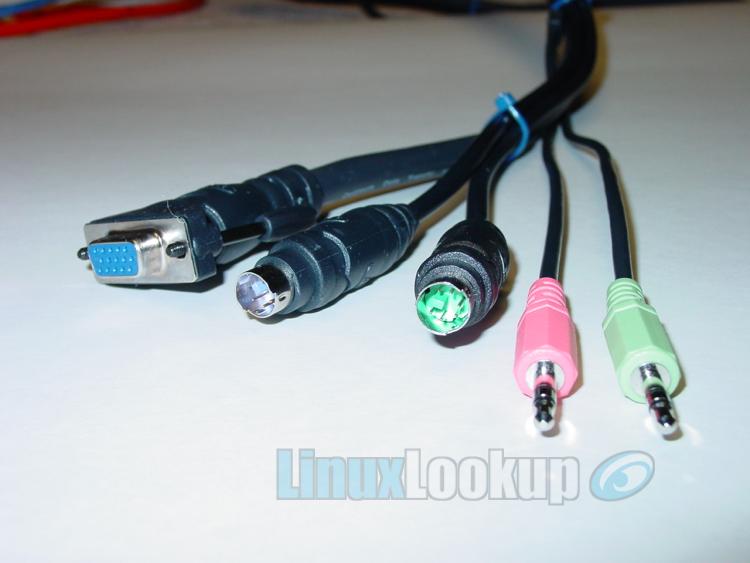 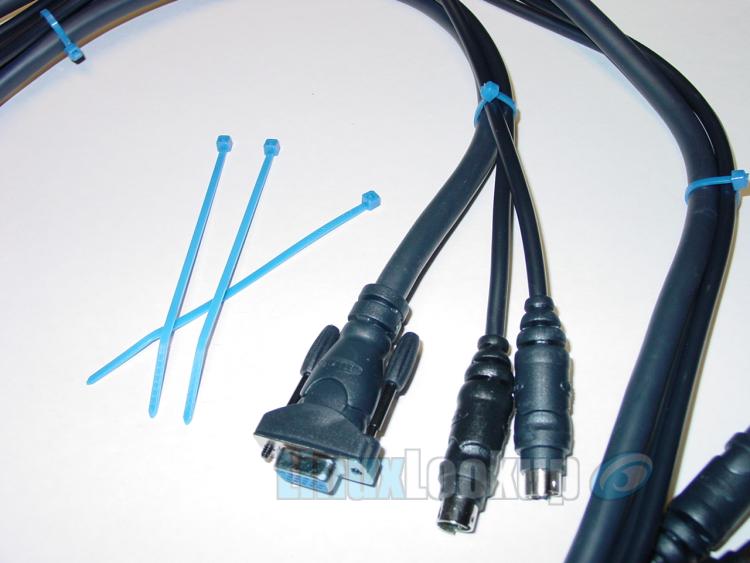 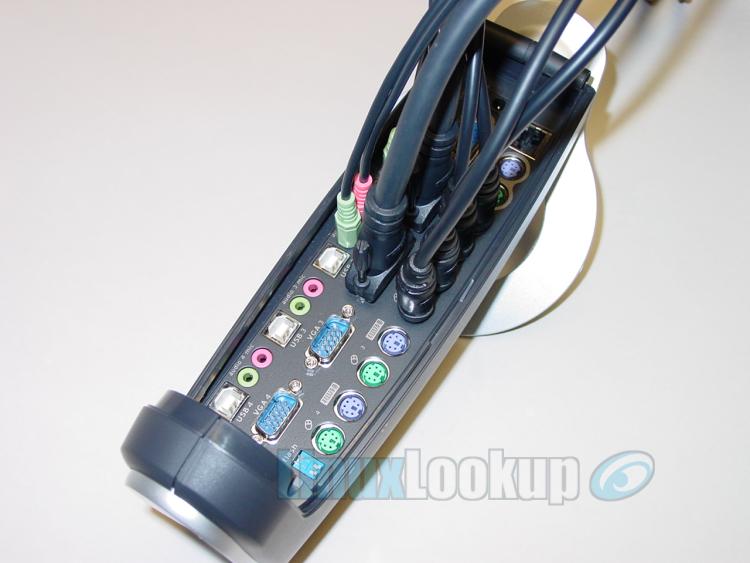 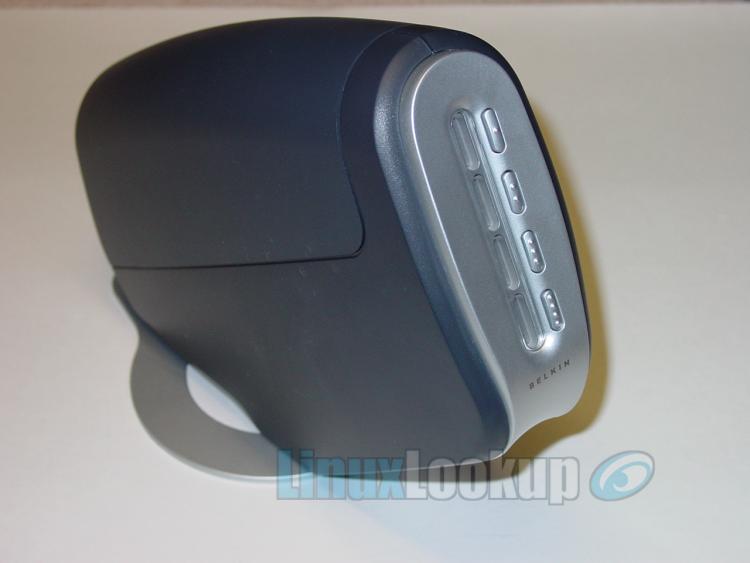 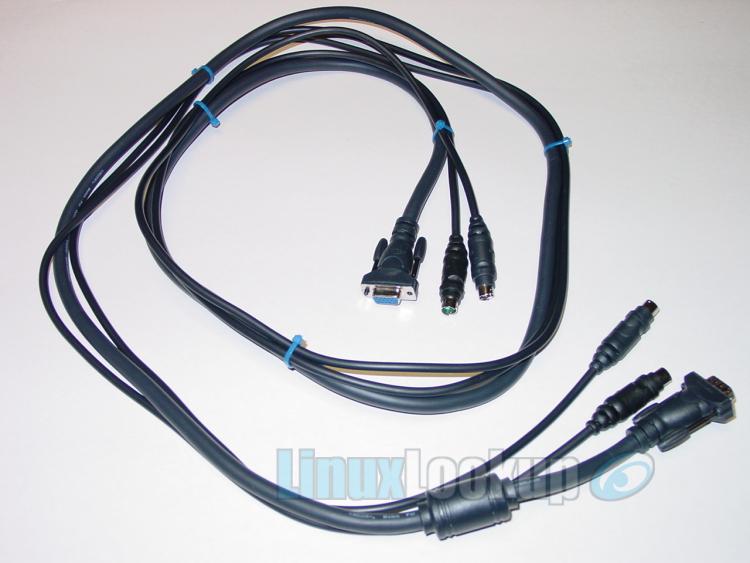 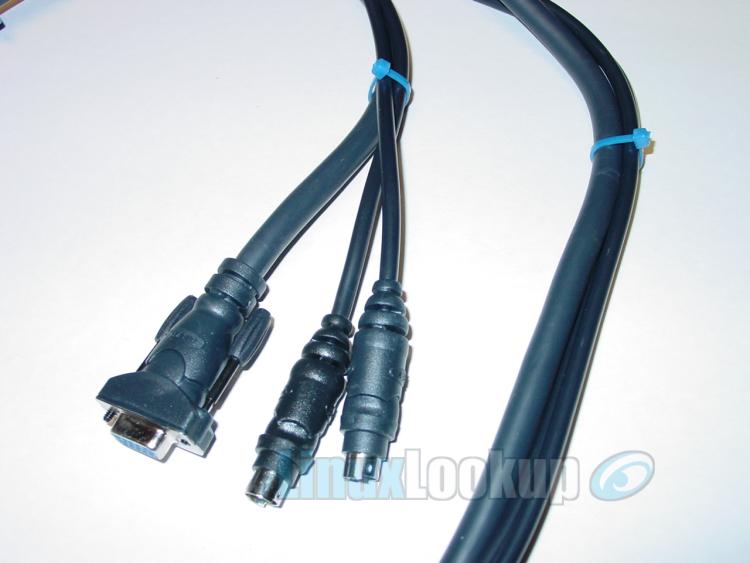 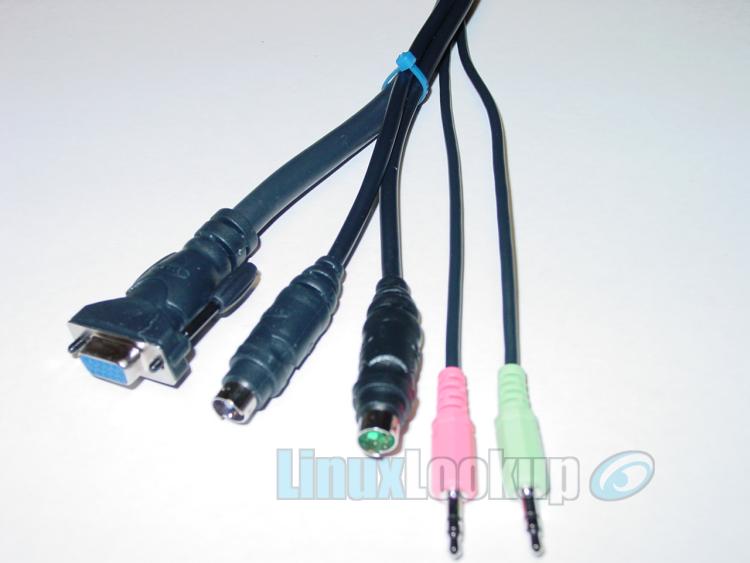 A futuristic design and low form factor are the perfect compliment to any modern home office. Allowing you to maximize valuable desk space along with top notch performance Belkin’s OmniView SOHO KVM switch is the perfect solution for individuals seeking an alternative to multiple monitors. This relatively inexpensive switch is a must have and great value. Affordable peripheral sharing at its finest, outstanding product.