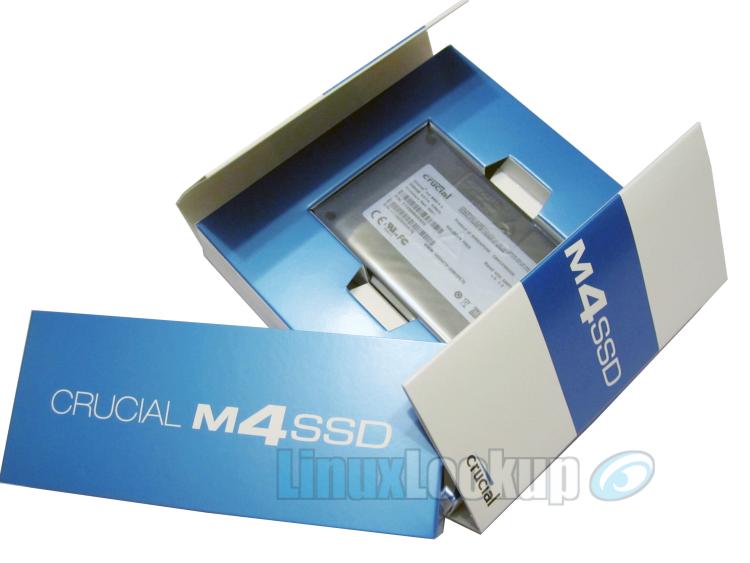 Next-generation controllers and innovation in Solid State Drive (SSD) technology have manufacturers constantly competing for the perfect balance of price, performance and reliability. In this review we're going to take a look at Crucial's latest offering, the Crucial M4 256GB SSD and see how it fairs.

Solid-State Drive technology has been around for many years, in fact according to history the first modern type of Solid State Drive was developed by StorageTek back in 1978. For almost a decade now the military and aerospace industries have been replacing Hard Disk Drives (HDD) with Sold State Drives (SSD) as they offer resistance to shock, vibration, high altitude and grater temperature. Only recently have Solid State Drives been introduced into consumers markets. Taking advantage of a reduction in power consumption over conventional mechanical HDD, we first started to see them offered in compact portable devices such as Notebook and Netbooks.

The technology has progressed a lot since our first Solid State Drive review back in 2009. Performance degradation is a thing of the past thanks to TRIM enabled firmware. However, as of May 2011, the aforementioned points are applicable to most Solid State Drives, not just the product reviewed in this article. Now that you have the basics of SSD technology down, lets take a look at what Crucial's M4 SSD product has to offer.

Micron, the parent company of Crucial has updated their Solid State Drive portfolio with two new models. The Micron RealSSD C400 SSD and the Crucial M4 SSD. Both products are designed using the same hardware, SSD technology, and firmware, only the target markets differ. C400 is available for OEM customers and the M4 is geared towards consumers. Differentiating the product lines serves one purpose and that is to streamline the support process. Both models are identical and represent the successor to Crucial's RealSSD C300 which came out back in 2010. 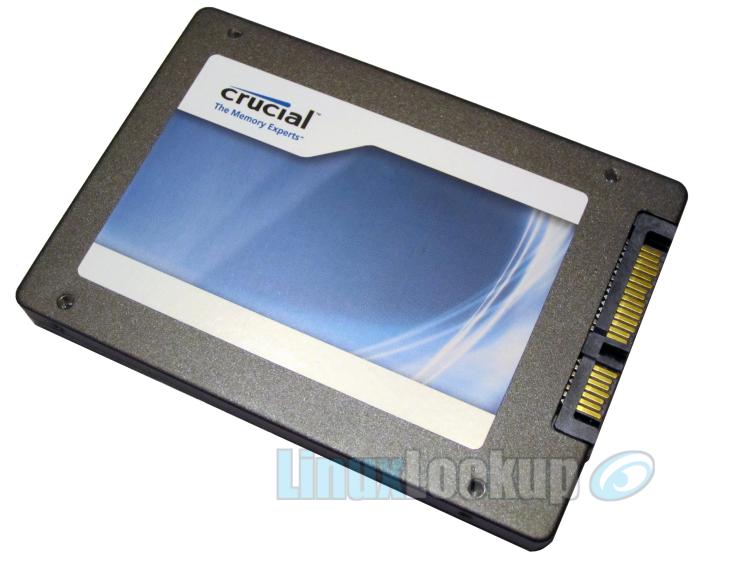 In this review we're going to be performance testing the 256GB model which is rated for up to 415 MB/s reads and 260 MB/s sequential writes. 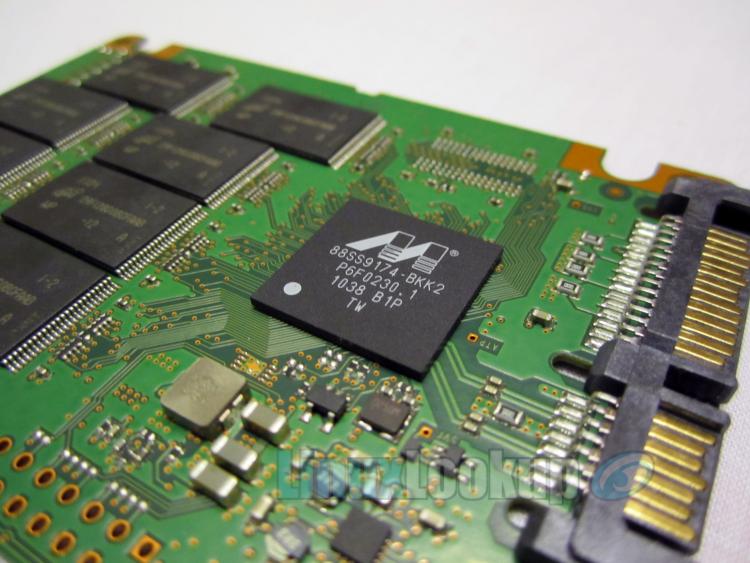 The Crucial M4 is outfitted with a Marvell controller just like it's predecessor, the Crucial RealSSD C300. Though architecturally there are similarities, this revised Marvell 88SS9174-BLD2 SSD controller carries new firmware offering faster transfer speeds, improved write IOPS, and support for Micron 25nm MLC NAND flash modules which is also new to this drive model. 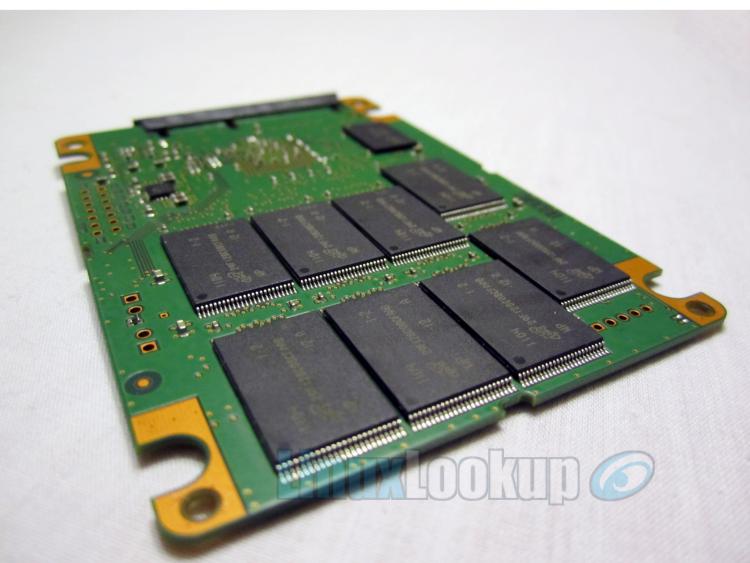 Aside from being more cost-effective, using 25nm NAND normally means a performance hit, but the new controller and improvements in other components are expected to result in a 20% increase in performance over the previous generation drives. There are 8 chips of Micron 25nm NAND flash memory populating each side of the circuit board. These chips have a capacity of 16GB allowing for a total RAW capacity of 256GB before format. After formatting a total of 239GB unallocated disk space will be available for use. An advantage of 25nm NAND flash design is that it can potentially lead to lower prices in the future. Though some would argue cramming almost twice as many memory cells onto a chip have prevalent disadvantages, this latest generation of drives have not be around long enough to deem these as fact. Only time will tell. 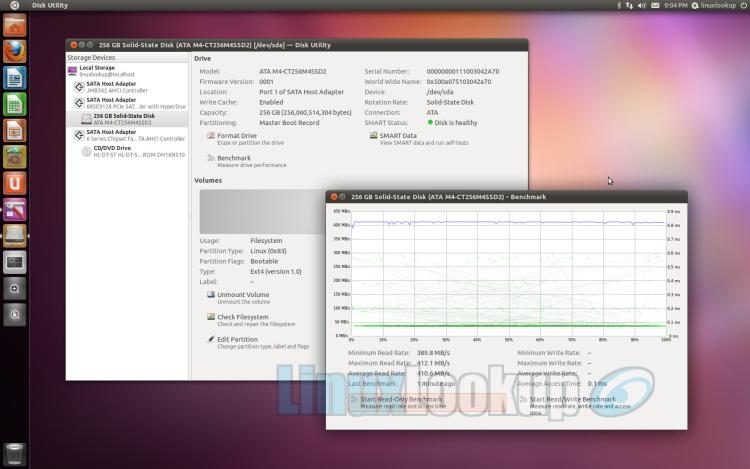 Compilebench tries to age a filesystem by simulating some of the disk IO common in creating, compiling, patching, stating and reading kernel trees. It indirectly measures how well filesystems can maintain directory locality as the disk fills up and directories age.

This test measures how long it takes to extract the .tar.bz2 Linux Kernel package.

PostMark was designed to create a large pool of continually changing files and to measure the transaction rates for a workload approximating a large Internet electronic mail server. Generating its workloads by originating as many sequential operations as it can within a specified time limit.

SQLite benchmark is a simple performance measurement of time to perform a pre-defined number of insertions on an indexed database. 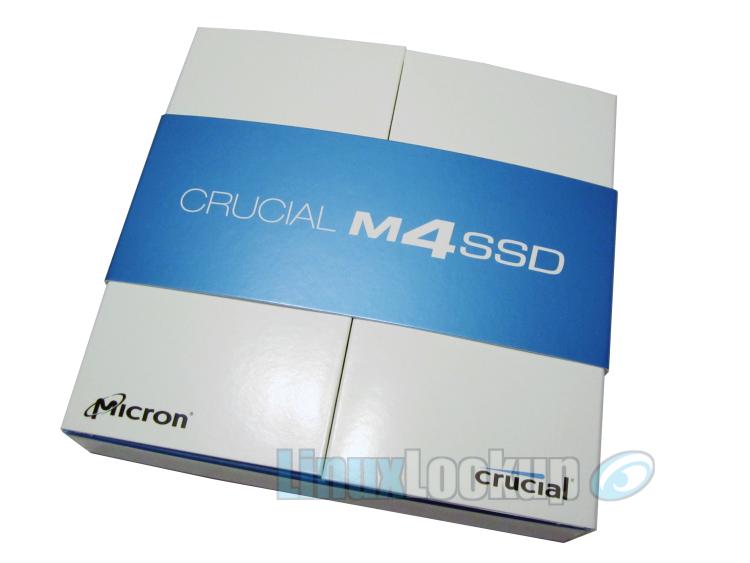 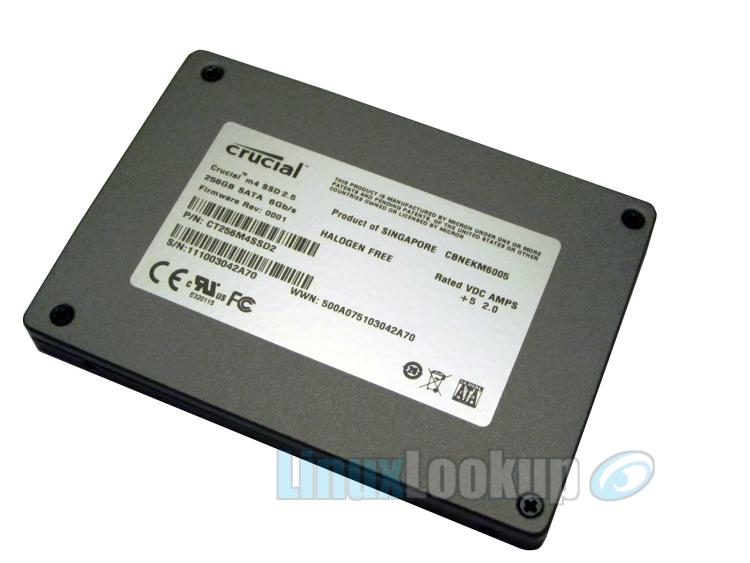 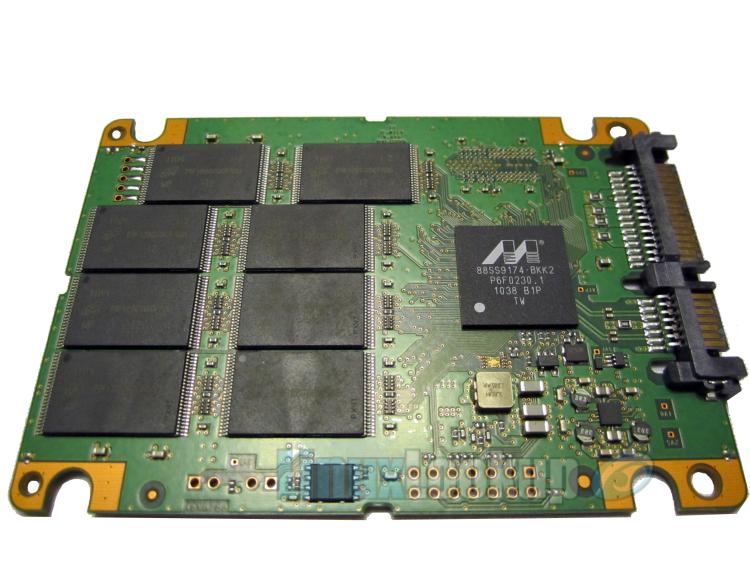 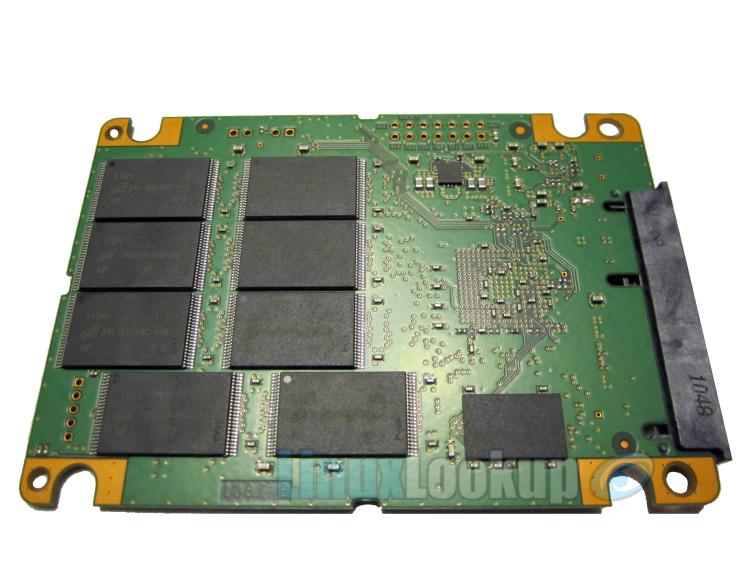 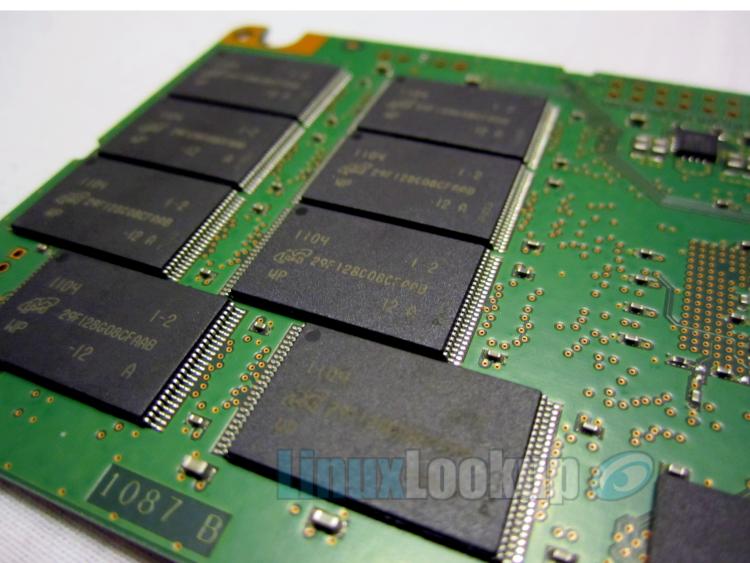 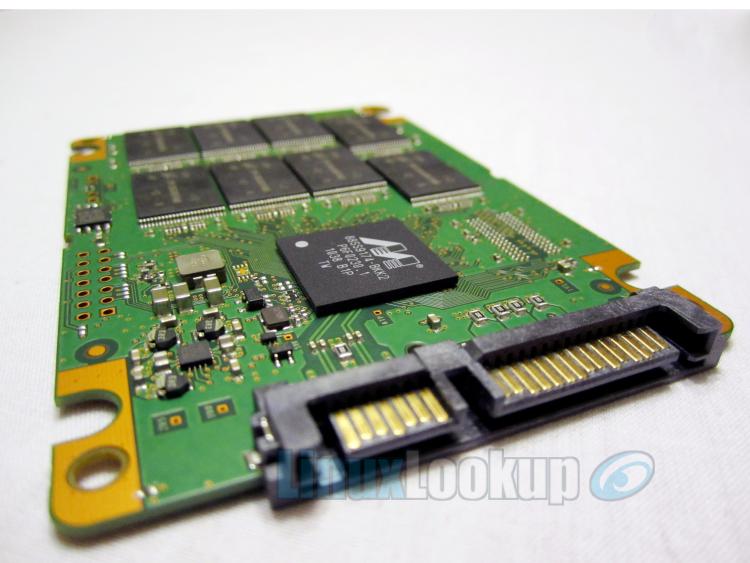 Last year Crucial was first to market with a 6Gbps interface on their C300 Solid State Drive. Equipped with a Marvell controller, the C300 set all round performance standards for consumer SSDs. This new M4(C400) also uses a Marvell controller with overhauled firmware and a 6Gbps interface. However, if you're upgrading from a C300 and expecting huge improvements, you'll unfortunately be disappointed. The M4 offers higher sequential performance and favorable for copying large files, but unquestionably is nothing to ditch your C300 for.

Now on the other hand if you're new to Solid State Drives or own a competing product, the Crucial M4 is a good choice with excellent random write performance. Though pricing is currently on par with retail mark-up, this new 25nm NAND flash design may allow for very competitive pricing in the near future.