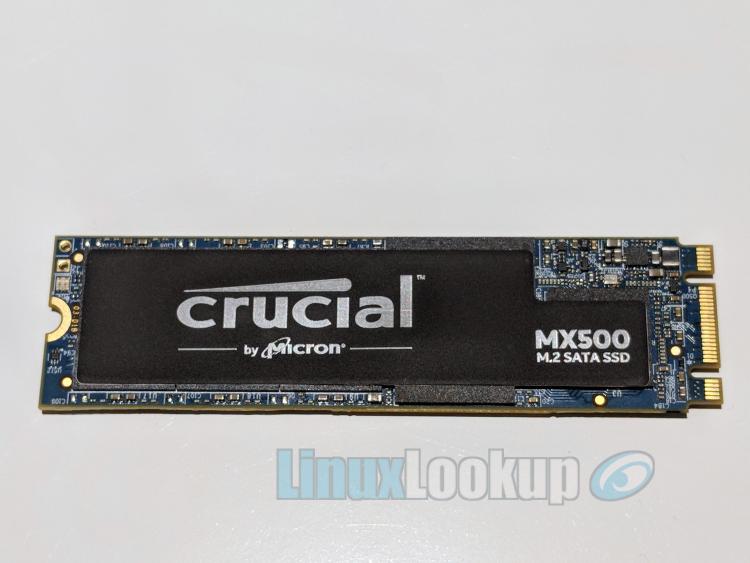 Though a lot of the information within this article is applicable to the entire MX500 line-up, there will be variations, including new benchmark performance.

If you missed our previous coverage, allow me to start by introducing the MX500 Series. This is Crucial's first consumer Solid State Drive (SSD) to utilize Micron 2nd generation 3D TLC NAND Flash, a technology that not only improves on both performance and overall cost, but also promises larger capacities upward of 2TB. 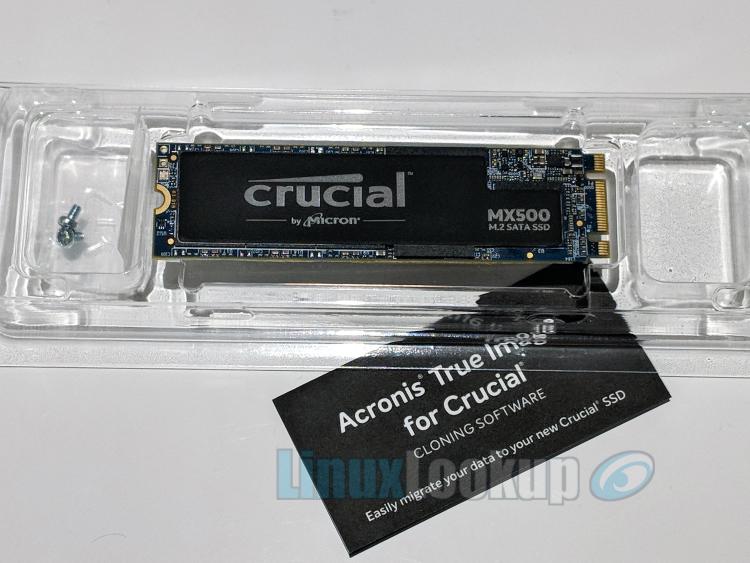 The M.2 form-factor is a Type 2280, this refers to length and width. The first two digits (22) indicates width and the other (80) is length of the drive. Quite literally the M.2 Type 2280 has a foot print similar to a stick of gum. 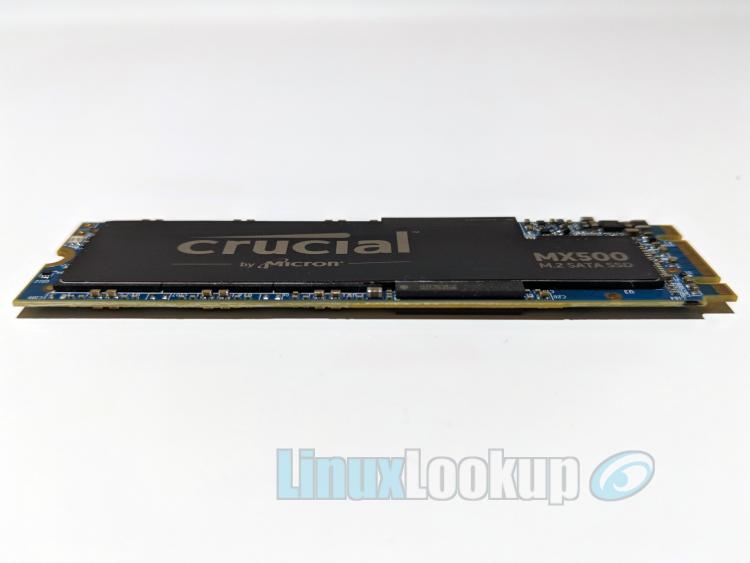 Regardless of which drive capacity or form-factor you choose, the performance rating across all Crucial MX500 models is quoted to deliver 560MB/s sequential read with 95,000 IOPS and sequential write performance up to 510MB/s with 90,000 IOPS.

Crucial's MX series has always been driven by a Marvell controller. Both past generation MX100 and MX200 preserved the Marvell 88SS9189 controller, where as MX300 internally utilized a Marvell 88SS1074 controller. This time around, the MX500 has switched over to a Silicon Motion SM2258 controller which we've seen used previously in Crucial's entry-level BX series drives.

With that little history lesson out of the way, I should also mention that the previous generation MX100 Series didn't offer an M.2 form-factor at all. It wasn't until the MX200 came along with a M.2 Type 2260 and M.2 Type 2280. Crucial nixed a Type 2260 option with introduction of the MX300 and continues the trend with MX500 Series. 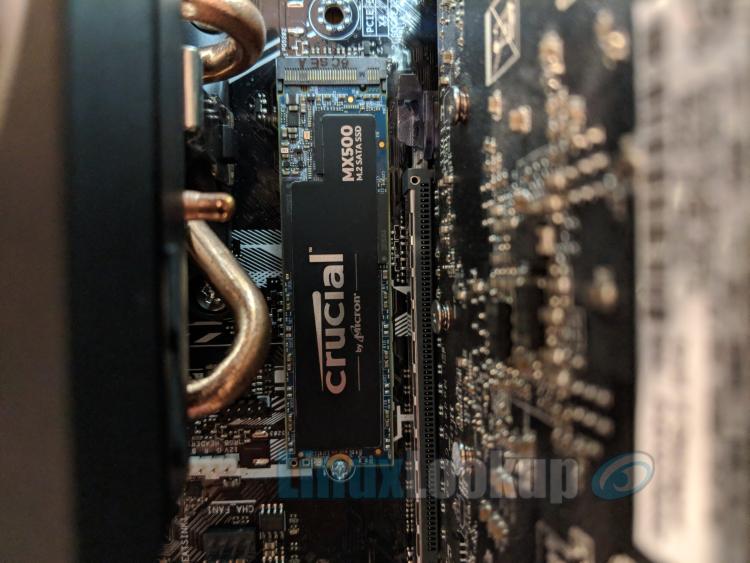 The most significant hardware change on the MX500 is the inclusion of Micron 2nd Generation 64-layer 3D TLC NAND. This floating gate NAND is designed with CMOS Under the Array (CUA), which allows Micron to minimize the footprint of the die. At 59 square millimeters, it’s among the world’s smallest 256-gigabit die.

Some note worthy features included are NAND-integrated power loss immunity protects data-at-rest during unexpected power loss, without banks of capacitors. This means if your system suddenly shuts down, you keep all your saved work. Whilst the drive is designed to operate from 0C to 70C, Adaptive Thermal Protection intelligently adjusts NAND operations if internal temperature begins to reach the maximum specification and does so until returning to an acceptable level.

Crucial products have an outstanding track record for reliability. Their Solid State Drive line-up has been tested over seven generations of drives. Previous models were backed by a three-year limited warranty, now with the introduction of the MX500, Crucial is once again offering a 5 five-year limited warranty on this particular drive.

The MX500 1TB model has a calculated arithmetic mean (average) time between failure of 360TB. This equals 197GB of writes per day for 5 years, yet another significant increase in endurance rating vs the previous generation MX300 1TB model.

Performance testing was done under Ubuntu 18.04 LTS (Bionic Beaver) using an ext4 file system. Factors affecting performance include: Capacity of the drive, interface of the host and overall system performance. Your results may vary.

Our SSD benchmarking is performed in two stages. First we benchmark the drive while in a Fresh-Out-of-Box (FOB) state. This typically is how manufactures specify I/O performance because the drive has yet to endure any sustained workload and initial performance benchmarks from a FOB state will result in uncharacteristically high measurements.

To provide more accurate measurements we also precondition the drive to a Steady state before running our benchmark a second time. Steady state is achieved by issuing a Sanitize/Secure Erase on the SSD and then writing with sequential transfers twice that of it's capacity. Though this process takes several hours, the test results are more consistent. 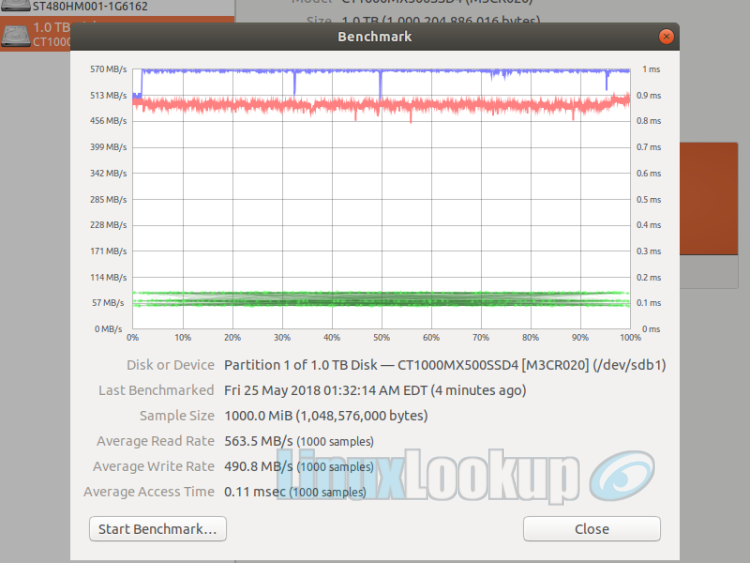 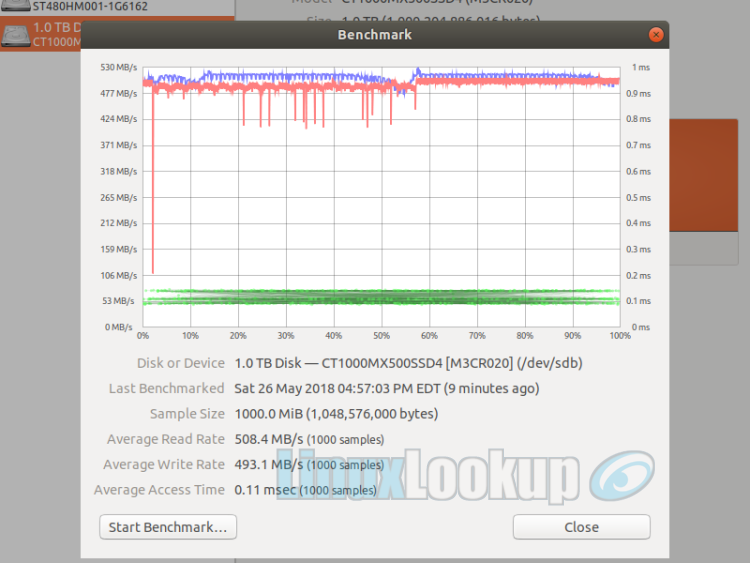 The green points and connecting lines indicate the samples taken; these correspond to the right axis, showing access time, plotted against the bottom axis, representing percentage time elapsed during the benchmark. The blue line represents read rates, while the red line represents write rates; these are shown as access data rates on the left axis, plotted against percentage of the benchmark duration.

Below the graph, values are displayed for minimum, maximum and average read and write rates, also average access time.

This measurement is an indication of how fast the drive can sustain sequential data reads under Linux, without any filesystem overhead. Timing buffered disk reads: 1602 MB in 3.00 seconds = 533.58 MB/sec 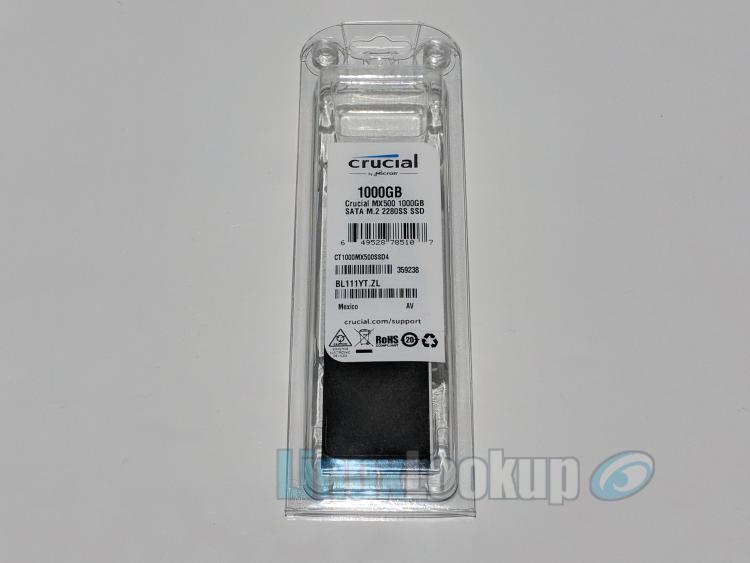 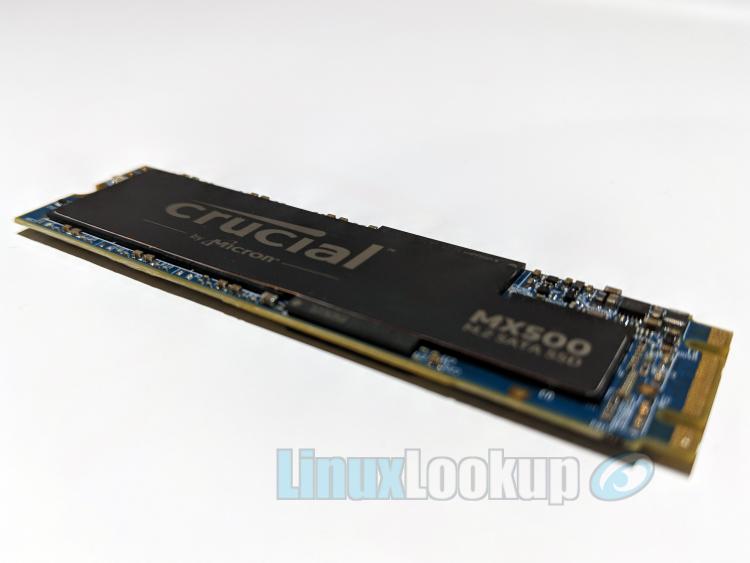 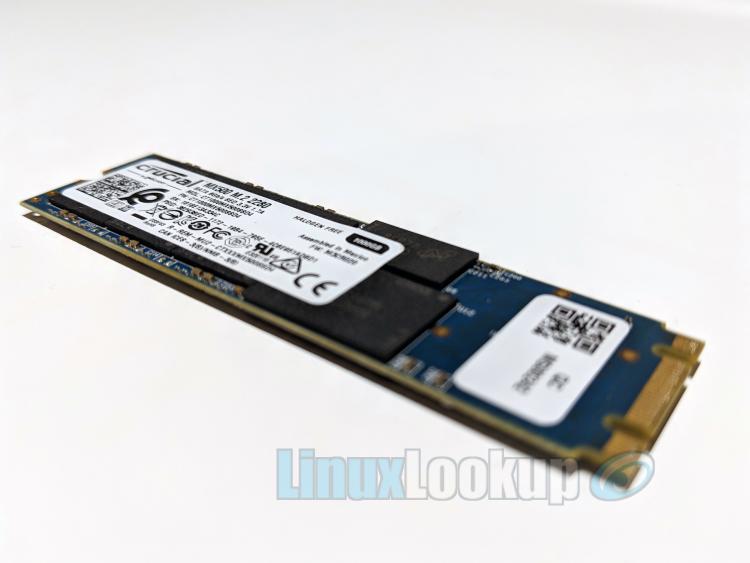 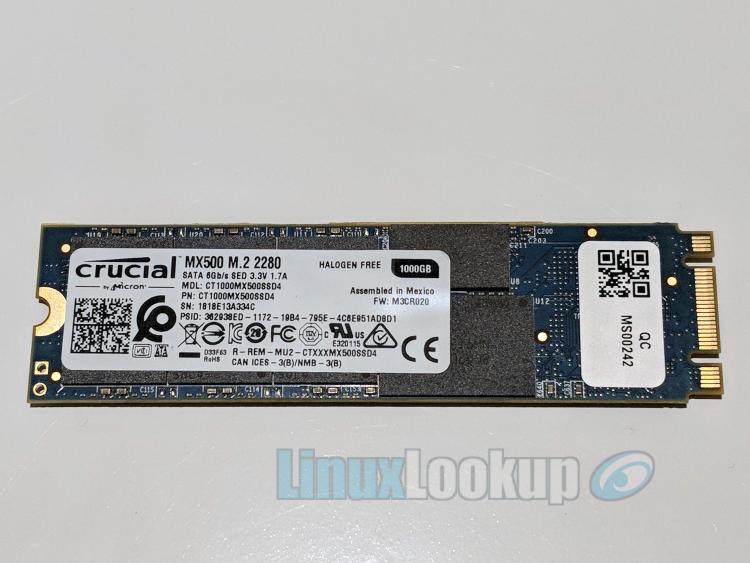 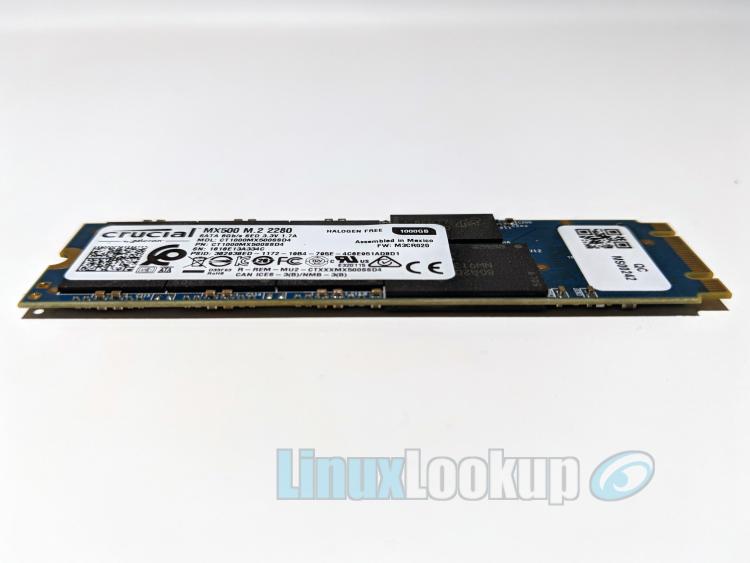 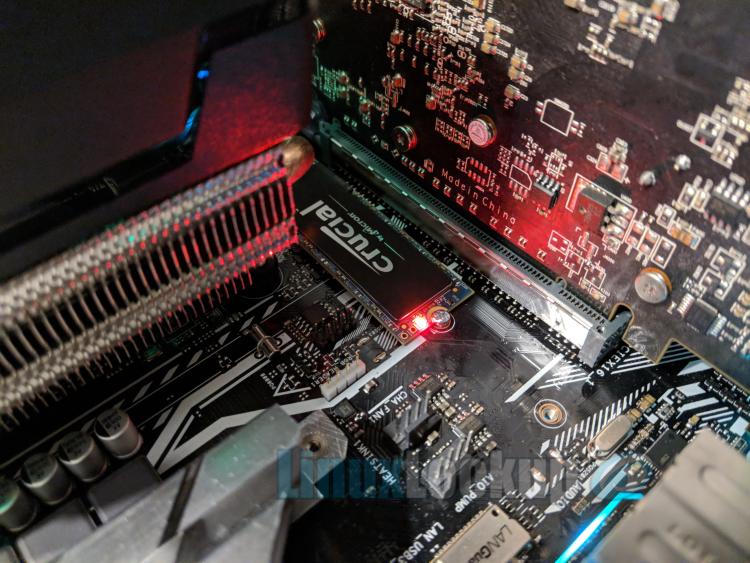 The dissimilarity between the M.2 Type 2280 SSD and the 2.5-inch (7mm) SSD really isn't that different, aside from form-factor and interface.

There is no poor choice here, the performance numbers are identical across form-factors in the MX500 Series. Pricing has also come down slightly since launch, making the MX500 an even more appealing purchase.