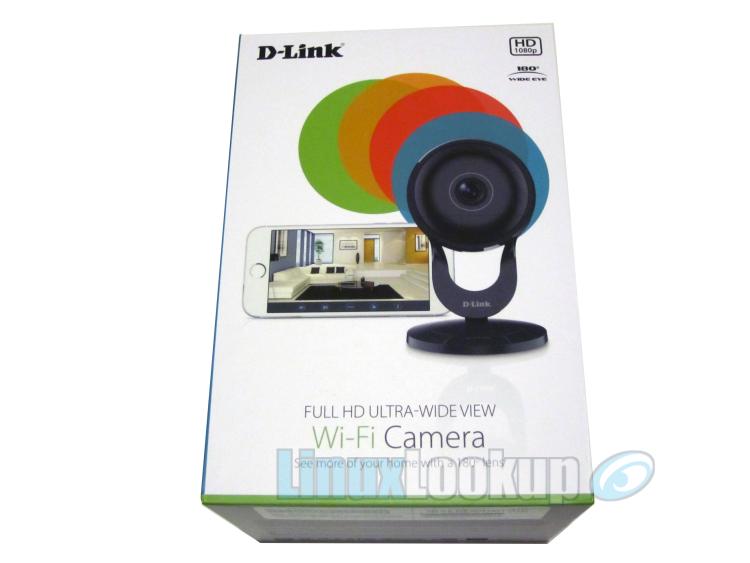 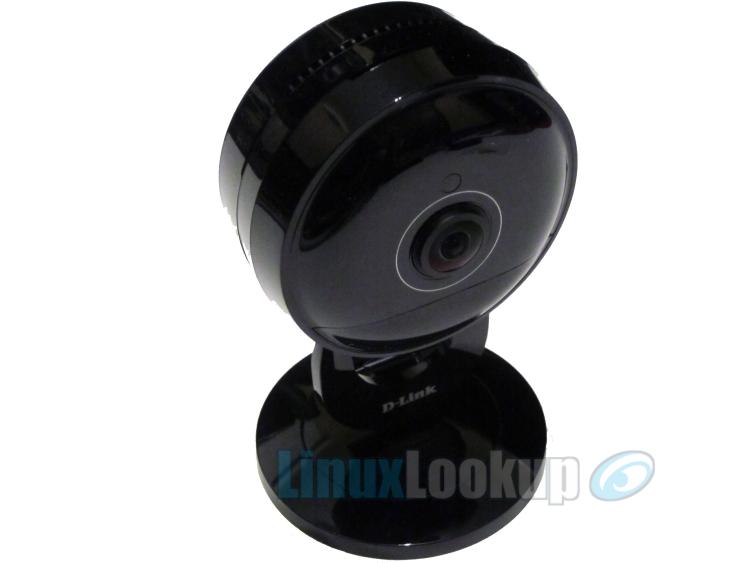 The D-Link DCS-2630L camera housing is deceivingly heavier than I expected. Overall build quality is excellent, constructed from plastic with a metal stand which acts as a sturdy base for keeping the unit upright, level and allows for 360 degree rotation.

Optionally the camera may be mounted to a wall, however, the Micro USB power outlet, WPS button, reset button, LED status indicator and Micro SD card slot are all located on back of this camera and potentially could be difficult to access once affixed. Certainly nothing to worry about, but keep accessibility mind if you're planning to mount this device.

Video recordings can be configured to always on, scheduled or triggered by events such as detection of sound or motion. Short Video Clip segments have the option to be transferred over FTP or SMTP, but full recordings are saved locally to a Micro SD card (not included). By taking advantage of H.264 (MPEG-4 AVC) video encoding, the D-Link DCS-2630L achieves high quality video compression and in theory provides storage for a week of continuous clip recordings in 1080p on a 128GB Micro SD/SDXC card.

If you own an Android or iOS powered device the D-Link DCS-2630L camera setup can be initiated via MyDlink Lite App. This intuitive application is simple and quick for setup, but offers only basic configuration options. When I say basic, I mean you cannot even enable Micro SD card recordings from within Android version of MyDlink Lite. Instead you'll receive a poorly worded pop-up message about changing recording type though the camera Web GUI. Instructions aren't very clear (as shown below) and took me a while to reference the proper config option as "SD Recording".

Note: FW stands for firmware. Upon initialization of MyDlink Lite App v3.5.0 an attempt to issue a automatic DCS-2630L firmware upgrade to v1.01 fails. Manual upgrade had to be preformed via Web GUI. 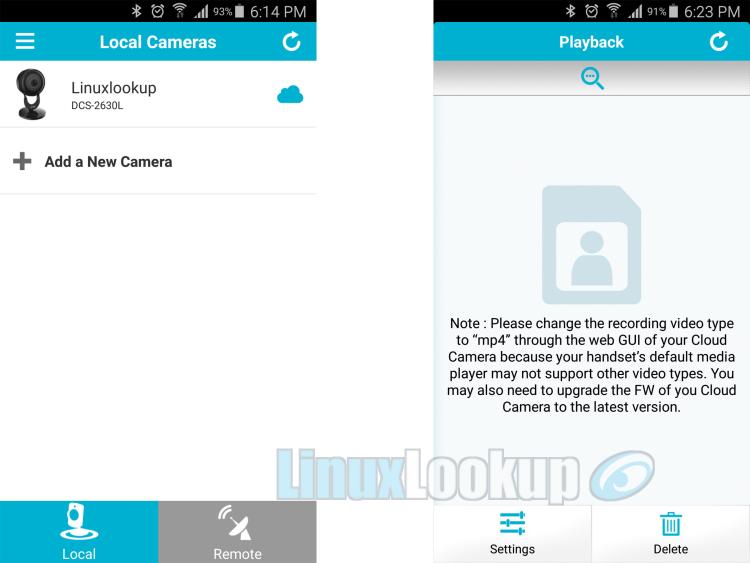 The camera itself is running an embedded Web Server. So for those of you without a supported device or seeking additional advanced configuration, alternatively you may choose administrative access via a web browser.

The camera Web GUI isn't as polished in comparison to MyDlink Lite App and has the visual appeal of a Geocities webpage from 1997. Unfortunately viewing Live Video within a browser doesn't play nice with Linux either. Though I strongly suggest using the App for video playback and Live Viewing, it would also be nice if all web interface features worked too. Live Video requires installation of an NSC plug-in, a Microsoft Windows component (MSI). In my opinion this is unacceptable and support for all Operating Systems without need for plug-ins can be accomplished by using HTML5 specification video elements. 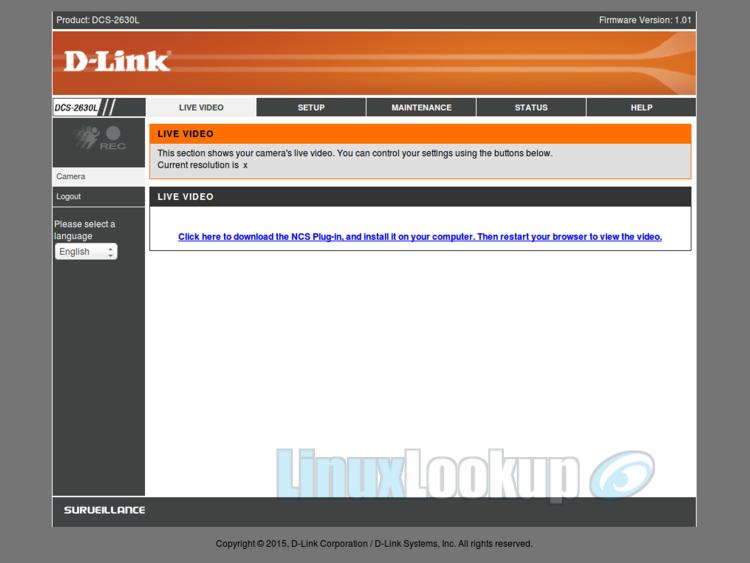 Apparently the camera can also be managed online though mydlink.com once setup is complete, but guess what, this cloud based controller doesn't support Linux web browsers either. A total failure.

Current versions of DCS-2630L software score low on Linux compatibility due to aforementioned issues. I've been critical with my comments because Linux is mainstream and customers now expect cross-platform support. Seeing as the DCS-2630L uses GPL/GNU code, you'd think there would also be a better appreciation for Open Source Software. Regardless, D-Link should consider closing the gaps in their App, Web GUI and cloud management applications. Present variations in function and aesthetics are too great, a uniform interface between all three would be welcomed.

Despite a few shortcomings I experienced with MyDlink Lite App, camera Web GUI and mydlink.com, everything you'll need to manage your DCS-2630L is present by going back and fourth between App and Web GUI. Sure you'll need to jump though a few hoops, but once setup & configuration is complete the App is more than sufficient for monitoring.

Certainly one advantage D-Link's DCS-2630L camera has over the competition is an Ultra-wide 180-degree view with de-warping technology to minimize image distortion. This larger field of view offers exceptional coverage, during my evaluation I was able to monitor over 1000 square feet of living space with a single camera. As shown in the screenshot below there is no lens distortion or "fish eye" present either. 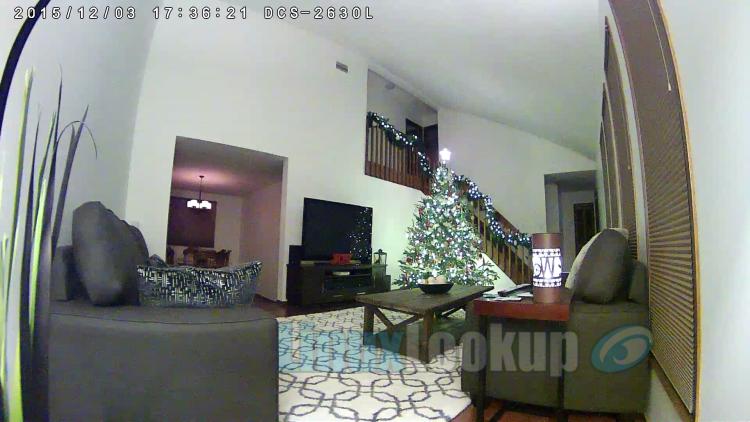 (Photo perspective: Ceiling in this room is 24 feet - Lights are on)

Automatic recording of event based triggers such as daily schedule, detection of motion or sound works quite well. Sensitivity can be adjusted to your liking and push notifications on event via App are configurable too. Speaking of notifications, MyDlink Lite App can alert if the camera looses connectivity or power. Pulling the power cable on live equipment is never advisable, however, I cannot see a method to initiate power-off. Regardless, everything seems to reinitialize and reconnect after 2 minutes once power is restored. As with all products of this nature, you're more than likely using a security camera of this caliber for peace of mind and not in a critical security scenario. If the power is lost, so is remote viewing and recording. It would be in your best interest to attach an uninterruptible power supply (UPS) to both camera and router to avoid downtime. So keep that in mind.

Two-way communication though the built-in microphone and speaker suffers from slight environmental echoing. I was unsuccessful in eliminating the problem but audio is still distinguishable.

Night vision feature utilizes 6 IR LEDs to provide visibility up to 16' in complete darkness. Image quality is luminous, but if anything was proved in this segment of my evaluation is it that I need to dust my house more often. You could actually see dust particles floating around the clarity was so lucid. Thanks a lot D-Link! 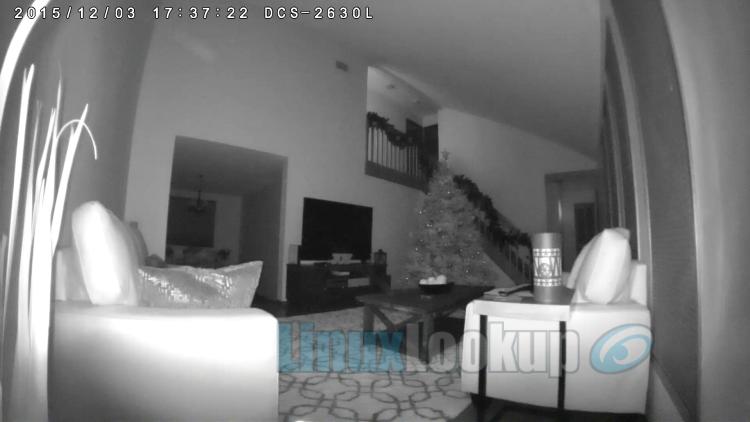 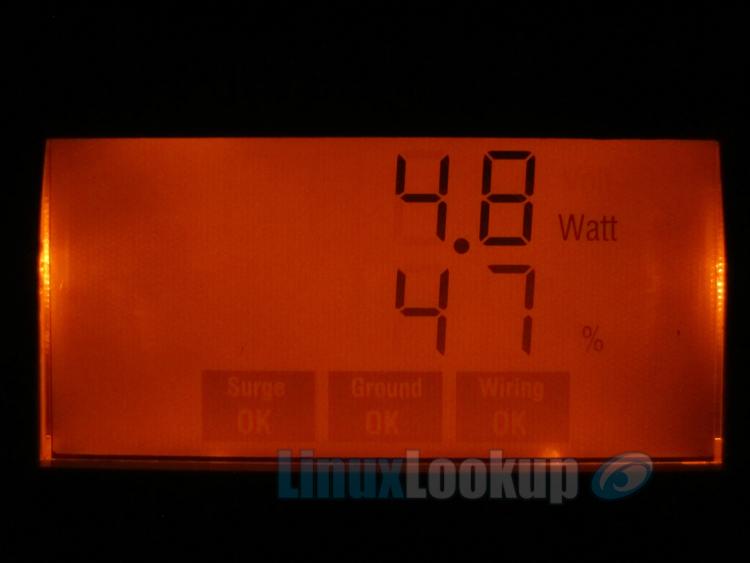 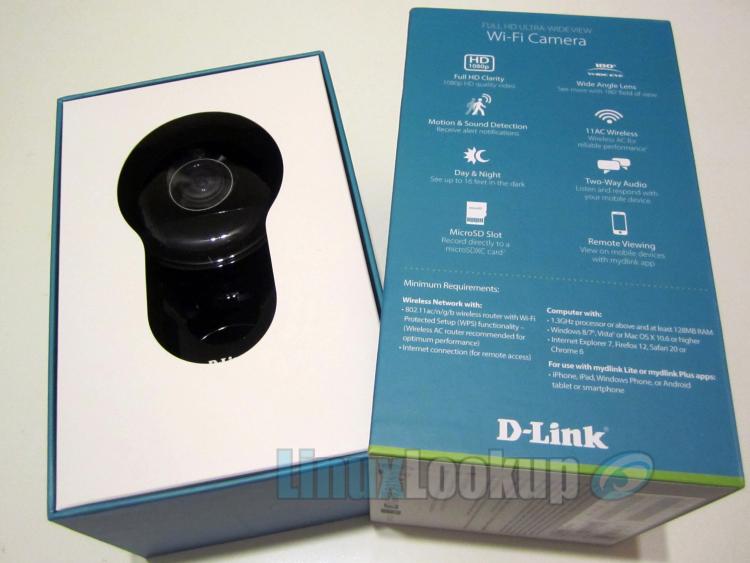 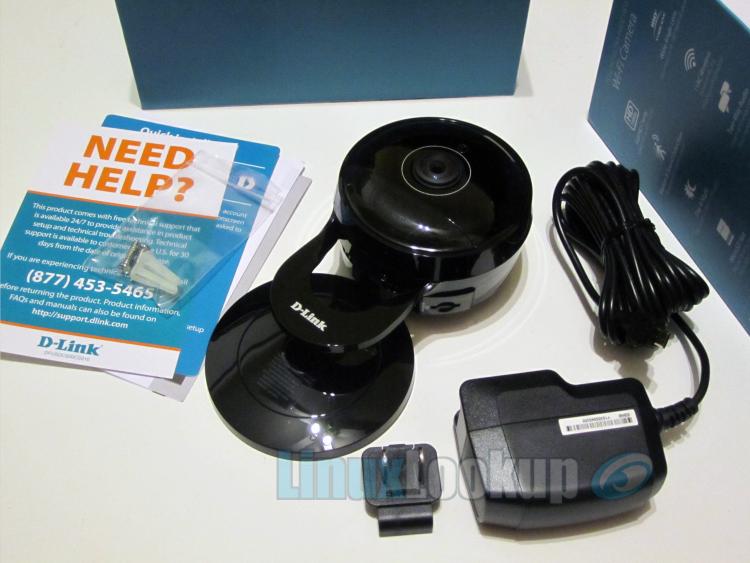 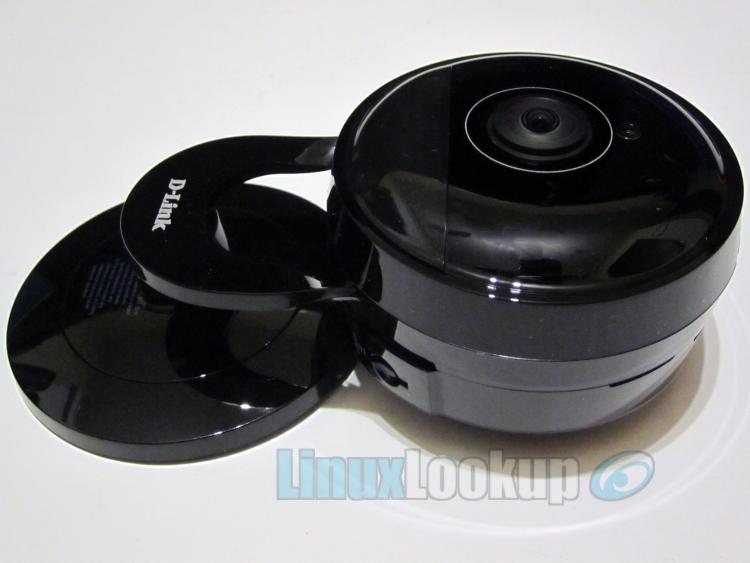 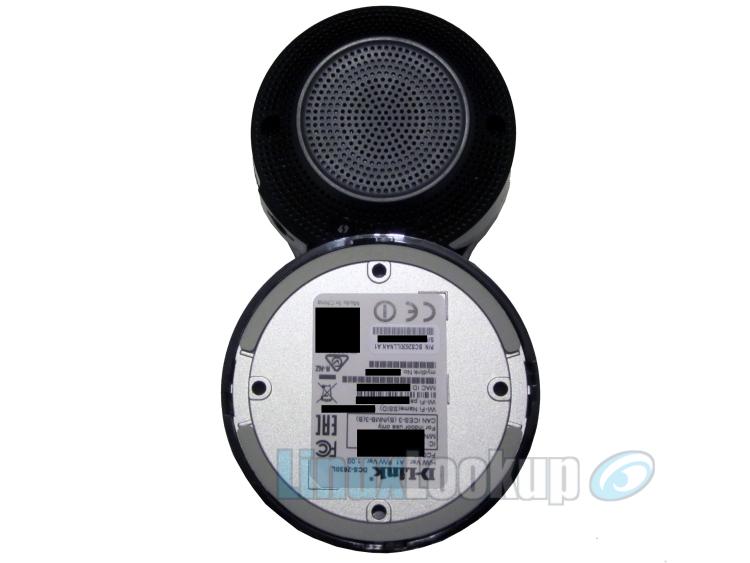 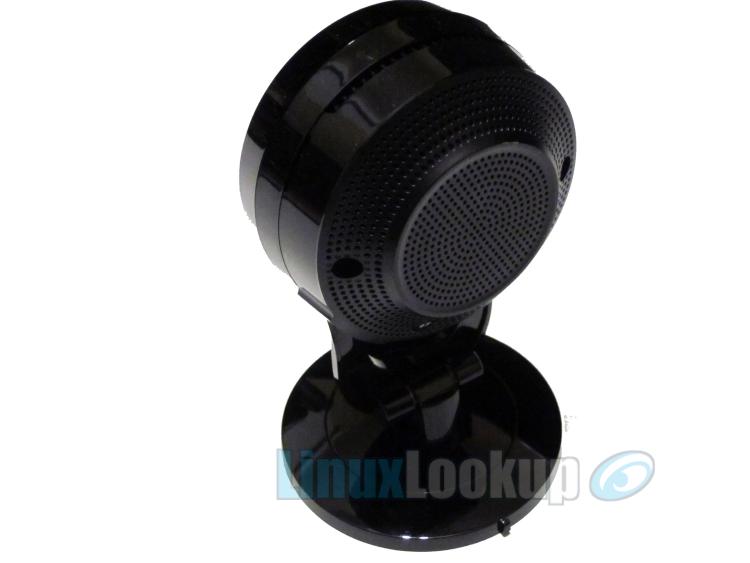 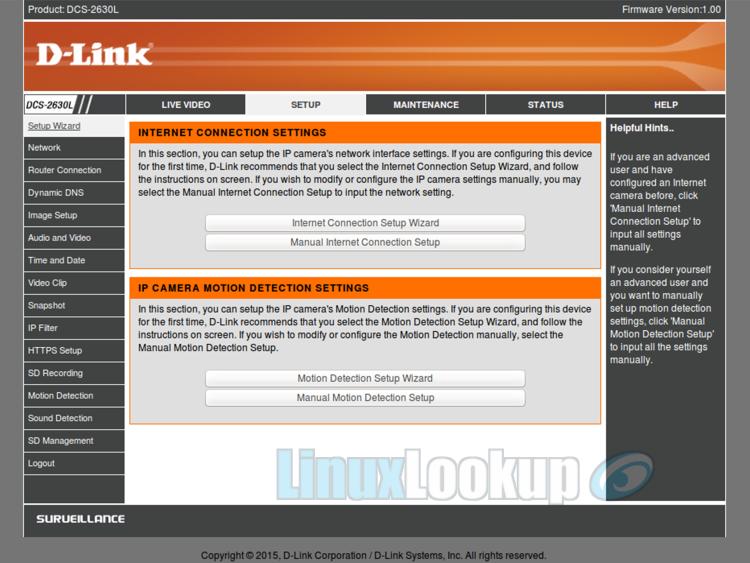 The D-Link DCS-2630L camera can be applied to any indoor location where you'd like remote viewing and piece of mind. Aside from minor cross-platform software deficiencies that can easily be corrected by the developer in a future update, everything else is impressive. Dozens of configuration options and essential monitoring features are available, but what makes the DCS-2630L stand-out is the 180-degree field of view.