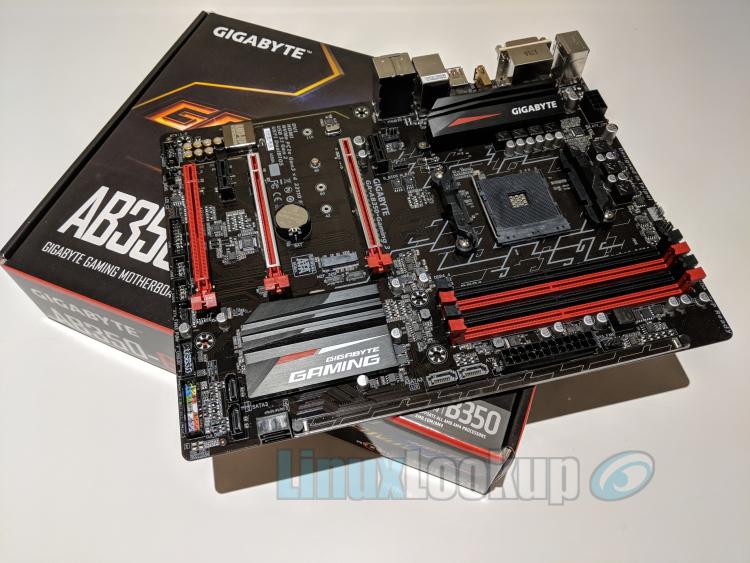 This ATX form factor motherboard is based on the B350 chipset. Though considered scaled-back in comparison to the premium X370 chipset, the B350 does still allow for overclocking of Ryzen CPUs, but drops a few PCIe lanes and I/O ports, making it more appropriate for moderate builds. 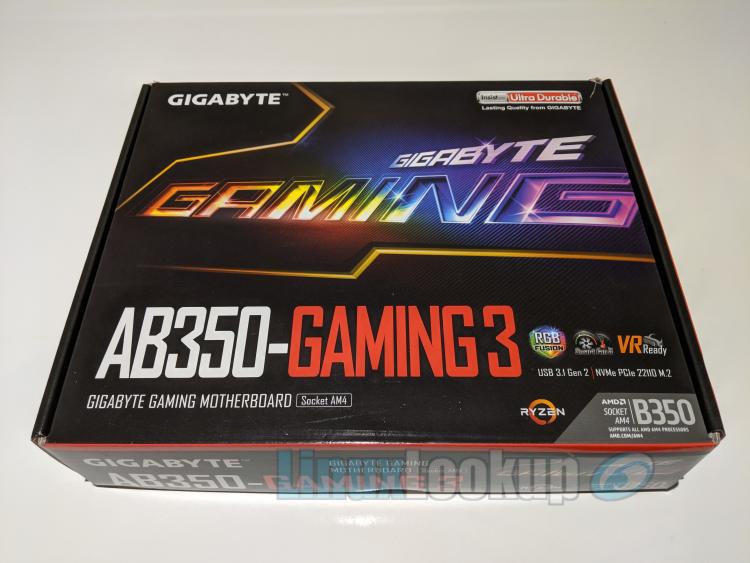 At the time of publication the Gigabyte GA-AB350-Gaming-3 can be found online for $84.99 USD - an exceptional value in my opinion. 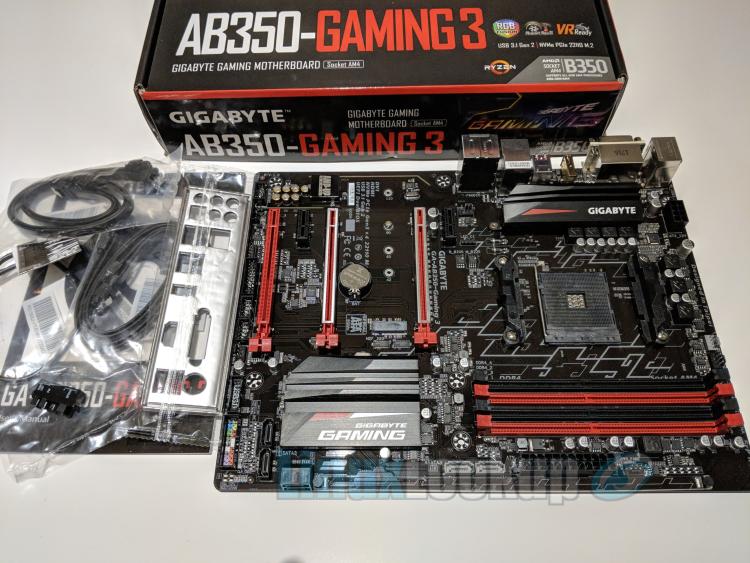 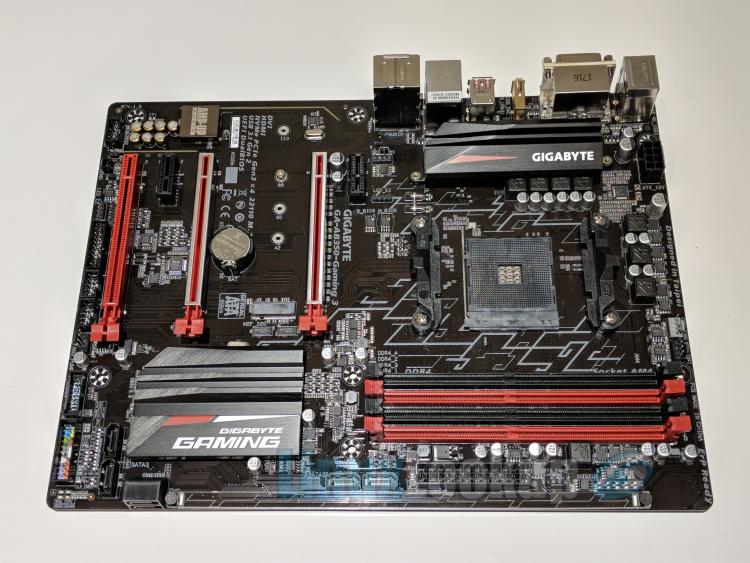 The color scheme is subtle, just a black printed circuit board with red highlights on expansion slots, DIMM sockets and heatsinks. 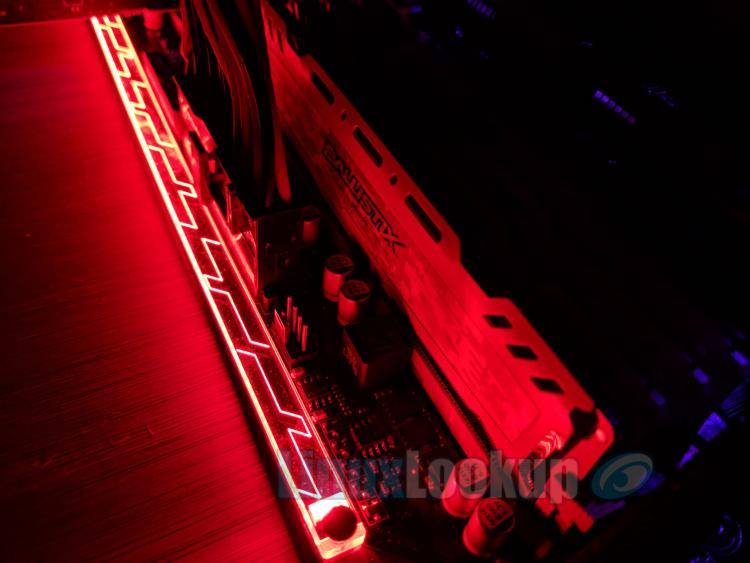 For us Linux users, support for compatible software is still absent, however, the RGB Fusion features can be controlled from within the UEFI options (though much more basic). 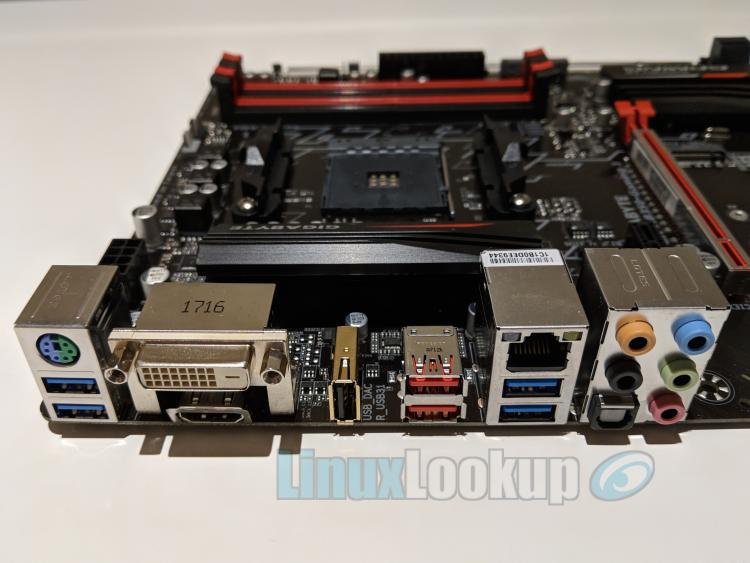 Display outputs are also present, with an HDMI 1.4 (up to 4096 x 2160 @ 24Hz) port and a DVI-D port available (up to 1920 x 1200 @ 60Hz). Keep in mind that current Ryzen CPUs negate Integrated Graphics Processor (IGP) support, this will be available in next-generation AMD APUs, but for now a discrete GPU is required. 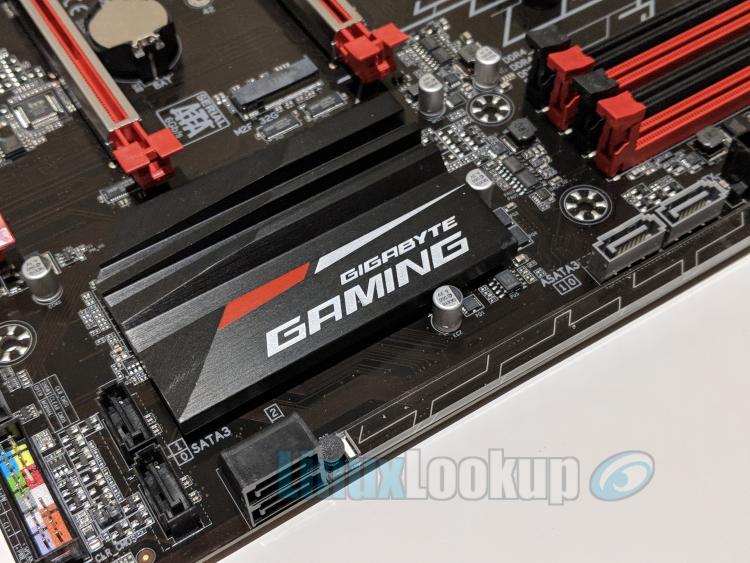 There are a total of seven storage interfaces on the GA-AB350-Gaming-3. As shown in the photo above, a horizontal M.2 Socket 3 connector is directly below the PCIe x16 graphics card slot. This supports M.2 SATA SSDs and M.2 PCIe SSDs.

All six SATA 6Gb/s connectors offer support for RAID 0, RAID 1, and RAID 10. An M.2 PCIe SSD cannot be used to create a RAID array, refer to the manual for details. 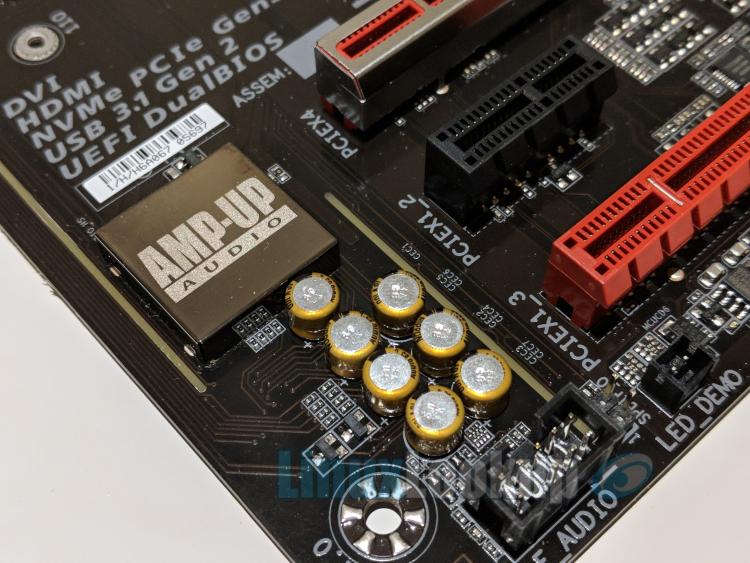 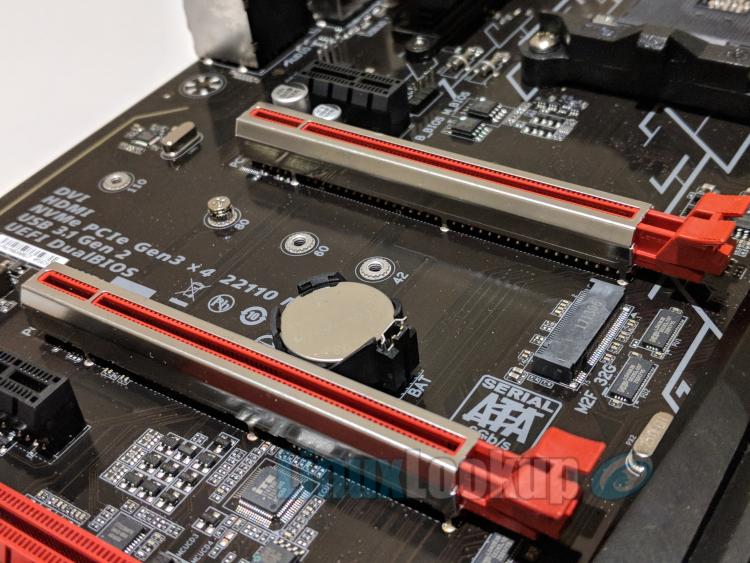 For extra durability, PCI Express x16 slots are covered by stainless steel shielding. These safeguard against interference and also improve mechanical strength of each slot. Additionally there is a patented double locking bracket to aid with retention - this is excellent for bracing large GPU cards.

Speaking of GPUs, I should remind you that the B350 chipset only supports CrossFire multi-GPU technology (limited to PCIe x4 bandwidth), while the X370 chipset supports both AMD CrossFire and NVIDIA SLI technology. 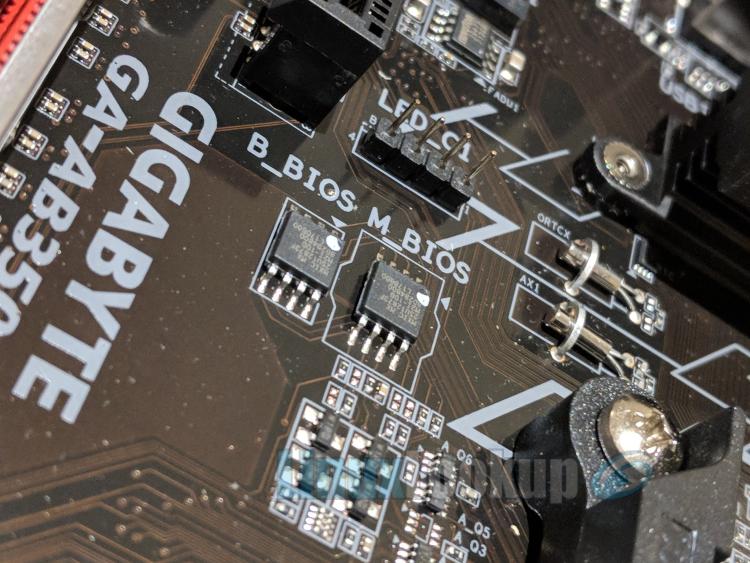 Gigabyte DualBIOS features two physical BIOS ROMS (2 x 128 Mbit flash) mounted onto the motherboard. One chip acts as a primary BIOS, as a second chip acts as a backup BIOS and has the factory default BIOS version on it.

If your primary BIOS fails or stops functioning, the backup will automatically take over on next system boot with little or no down time. I personally have never encountered a situation where this feature was initialized, but welcome it's inclusion. 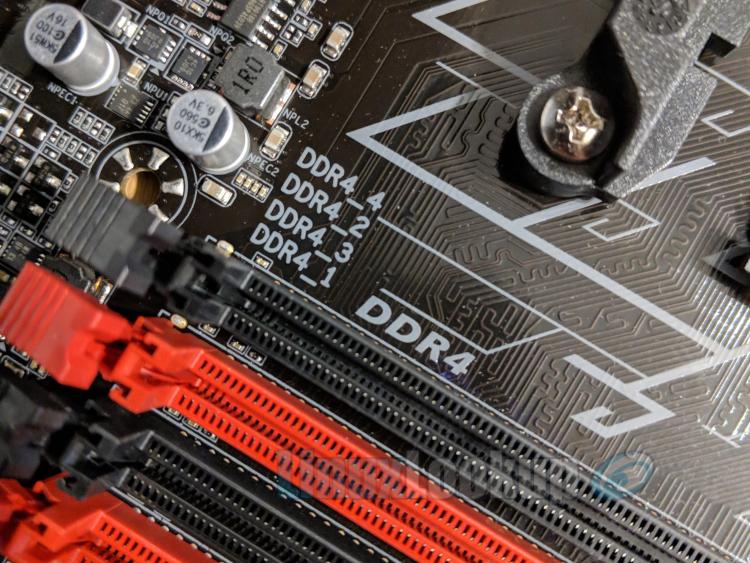 Present are four DIMM sockets, utilizing dual channel memory architecture, with support for up to 64 GB of DDR4 system memory. Though AMD AM4 Platform officially supports a frequency of 2667 MHz, according to Gigabyte, the AB350-Gaming-3 supports an AMD Memory Profile (AMP) of up to 3200 MHz.

For the duration of evaluation I have confirmed that the latest stable release of Ubuntu 17.10 (Artful Aardvark) successfully installs and operates under default conditions. All on-board feature sets have been tested to function correctly out of the box. I strongly suggest you update the motherboard BIOS to the latest release. At the time of this review, BIOS F9d 9/8/17 was current and offered update AGESA 1.0.0.6b which greatly improves Linux and Kernel Virtual Machine (KVM) performance. 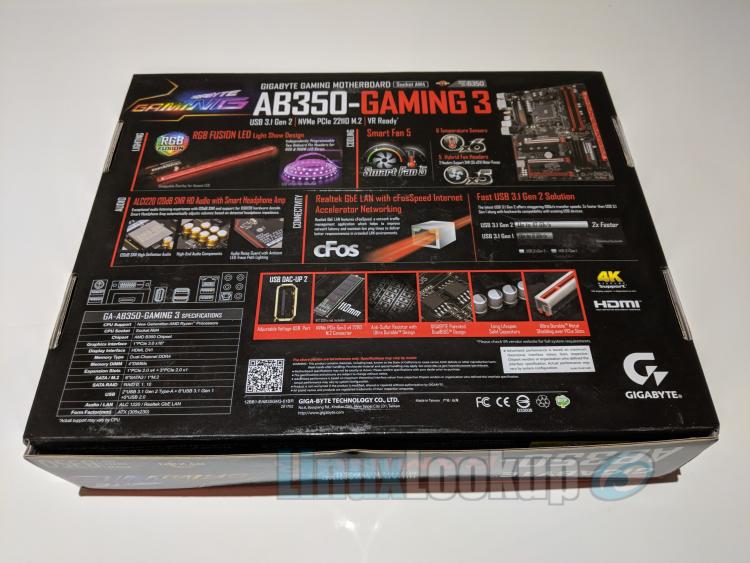 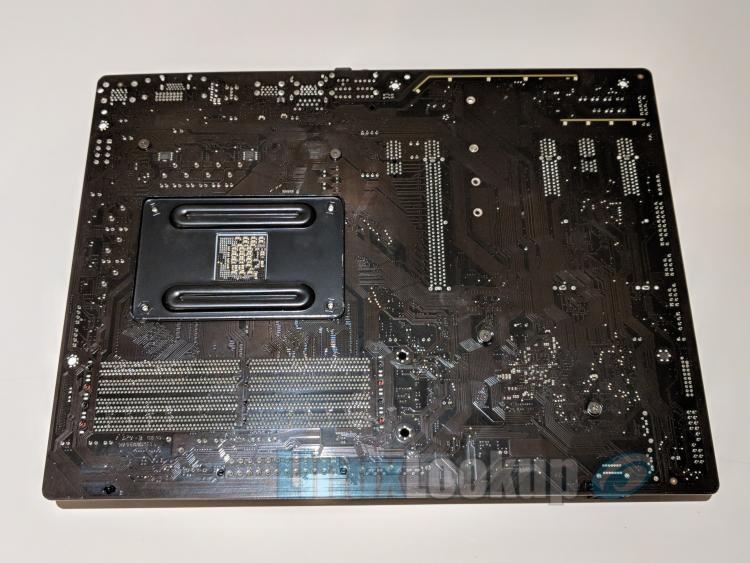 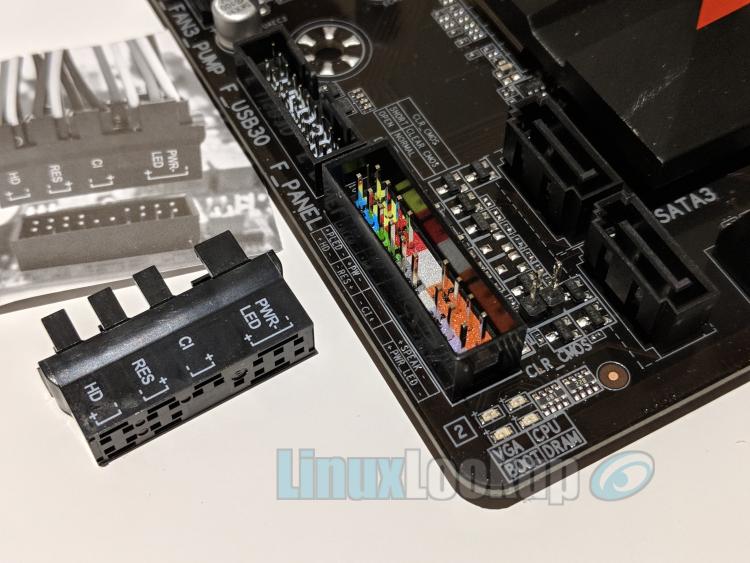 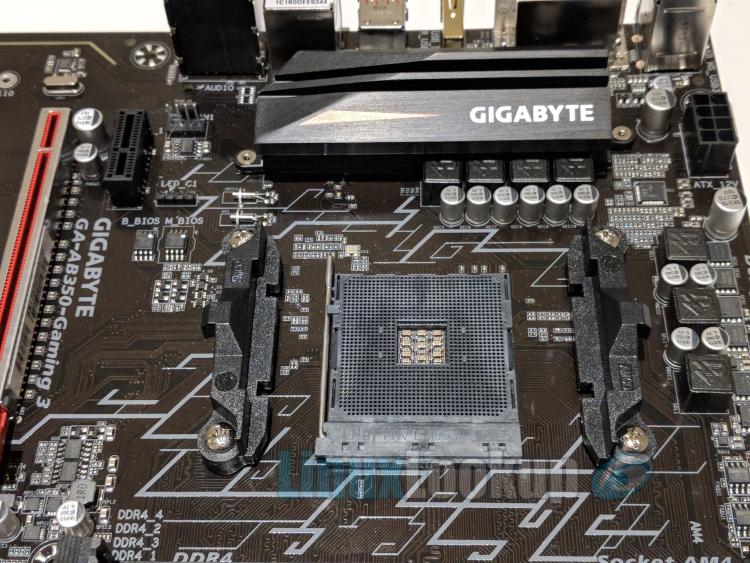 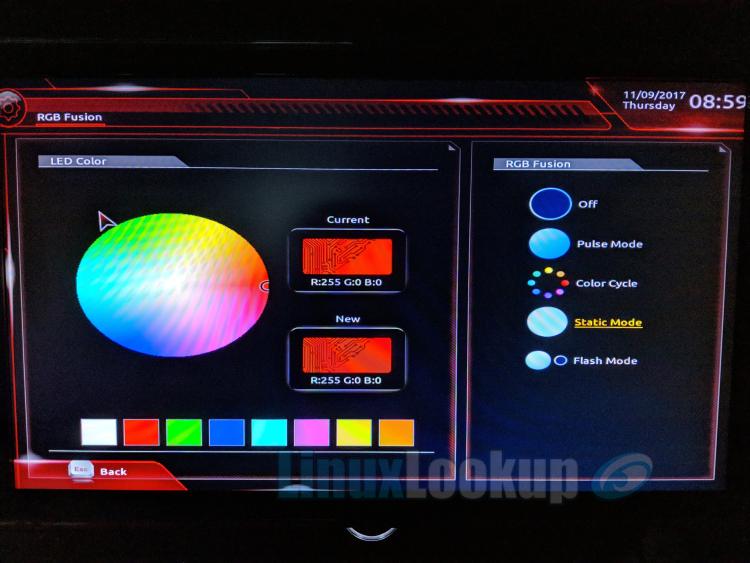