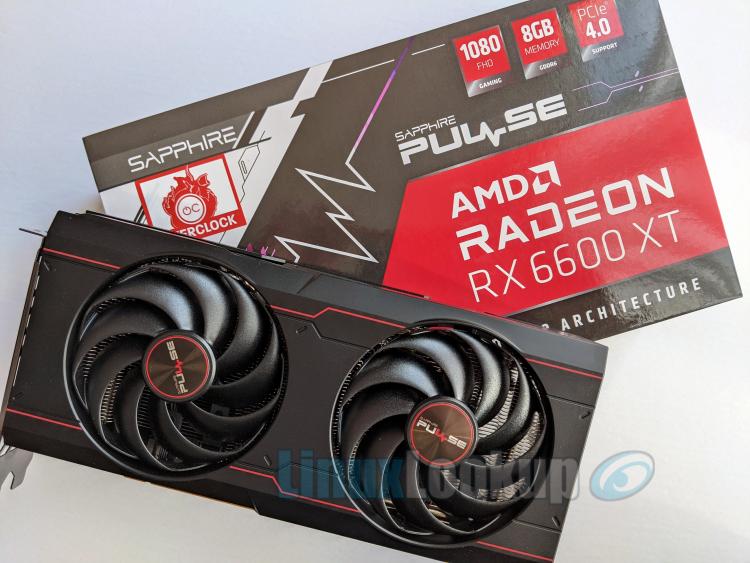 Taking aim at the mid-range segment, AMD positions the AMD Radeon RX 6600 XT as the best graphics card for Full HD (1080p) gaming. Featuring a Boost Clock up to 2593MHz, 2048 stream processors, 8GB of GDDR6 memory and support for PCI-Express 4. 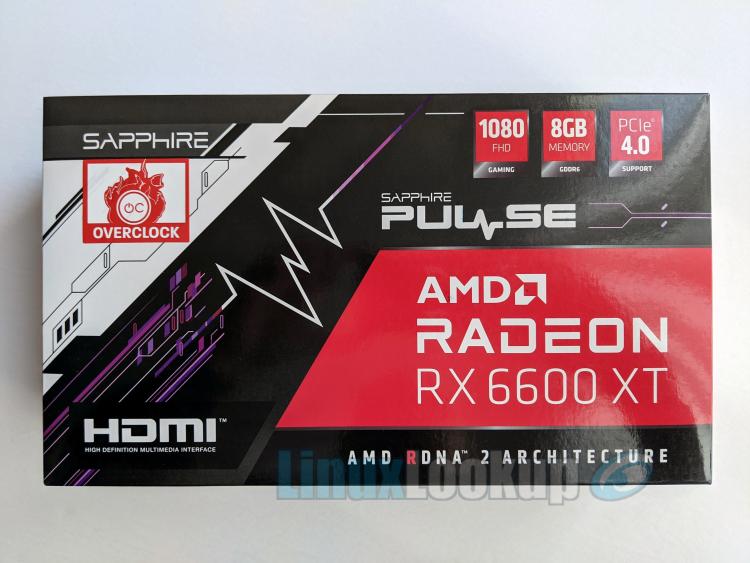 AMD announced the Radeon RX 6600 XT with a suggested retail price of $379 at launch, however, no AMD branded reference card would be available directly from AMD and instead they would rely on board partners like SAPPHIRE to produce the card.

According GPU price trackers, the SAPPHIRE PULSE AMD Radeon RX 6600 XT OC had a MSRP of $399 — a slight differential cost over the AMD MSRP and an even lesser margin when compared competing RX 6600 XT cards offered by other AMD partners. SAPPHIRE had the best pricing from what I've gathered but this is merely a history lesson.

As an informed consumer you should be aware that the unprecedented demand for GPU's continues, purchasing any card right now at MSRP is a whole different story. Checking online retail and big box stores we're seeing RX 6600 XT markup hovering around 50%, heck, even cards from two generations ago are still profitable on eBay. Unfortunately you'll need to shop around to find stock and avoid unreasonable pricing.

Not ideal for consumers at the moment, but it's not necessarily all bad news as the RX 6600 XT is even cheaper in several regions than NVIDIA’s closest competitors, the RTX 3060 and RTX 3060 Ti. 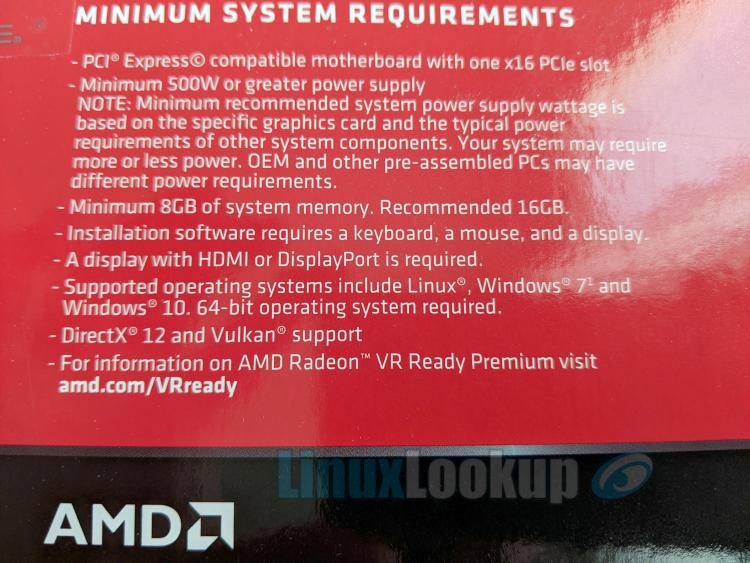 Let's take a moment to acknowledge and admire that AMD support for Linux is listed before Windows Operating System on retail packaging.

Adversely there isn't support for SAPPHIRE's TriXX tuning software on Linux, but there are Open Source Software options for Radeon cards you may choose to explore independently based on your own needs. 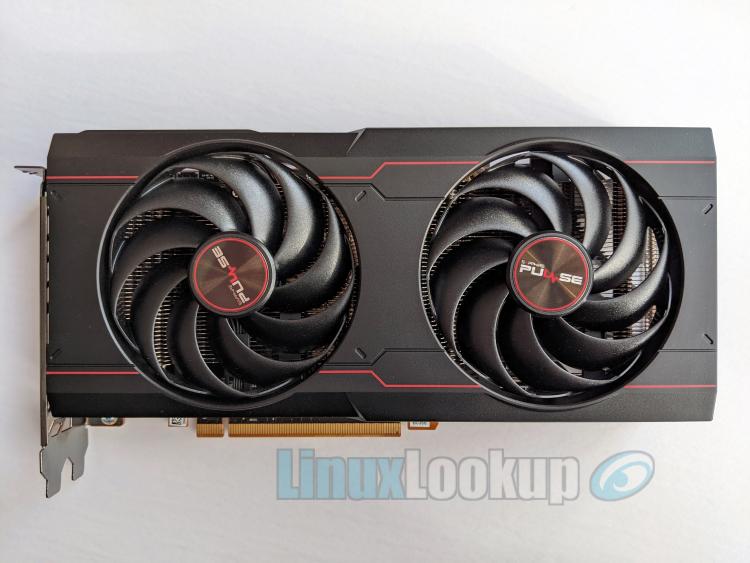 Aesthetically the SAPPHIRE PULSE offers a minimalist design that encompasses an all black theme alongside a few hints of colour and branding.

Forward facing is the plastic shroud that incorporates a subtle "tech" pattern for visual appeal. Backside is a metal backplate with stylized cooling cutouts, while topside adds some 3D characteristics, a black Printed Circuit Board (PCB) along with an aluminum heatsink is sandwiched in between.

The only revision I'd make is substituting the chrome I/O bracket for a black bracket. 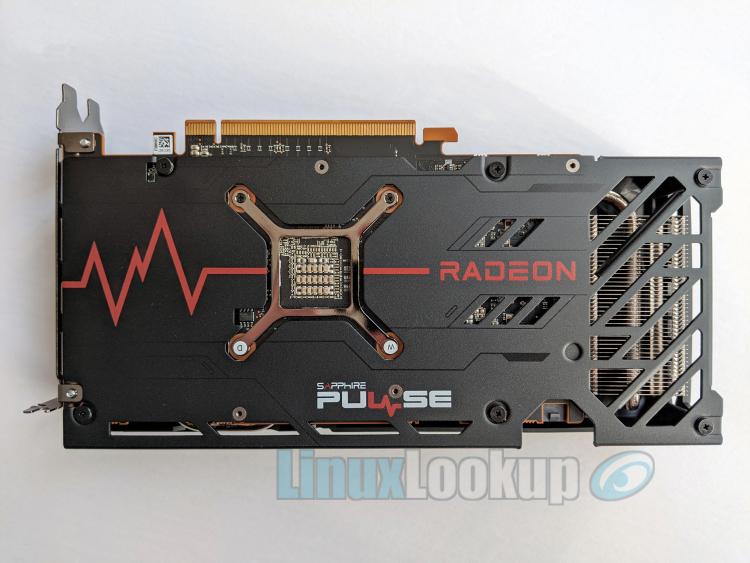 Physically the video card measures 240mm in length, 119.85mm wide and 44.75mm height. With a 2.2-slot design, this graphics card will require 2.2 PCI slots of clearance on your motherboard once installed. 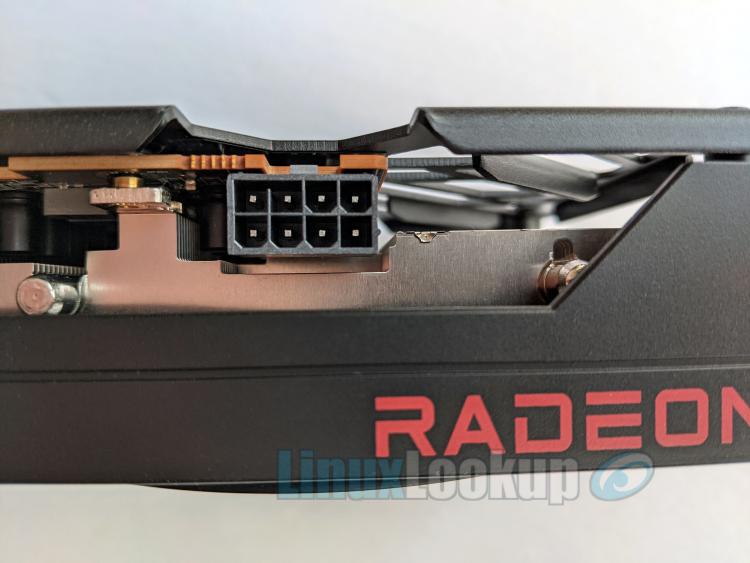 Power is drawn from a single 8-pin PCIe power connector. SAPPHIRE recommends a Power Supply Unit (PSU) of 500W or greater, with power consumption rated at 170W (board power).

While we're on the topic of power I should also mention that the RX 6600 XT offers nearly identical performance of the previous generation RX 5700 XT, but with significantly lower power draw. This is attributed to the new AMD RDNA 2 architecture which is quoted to deliver up to 65% more performance per watt over previous generation RDNA found within the Radeon RX 5000 Series. 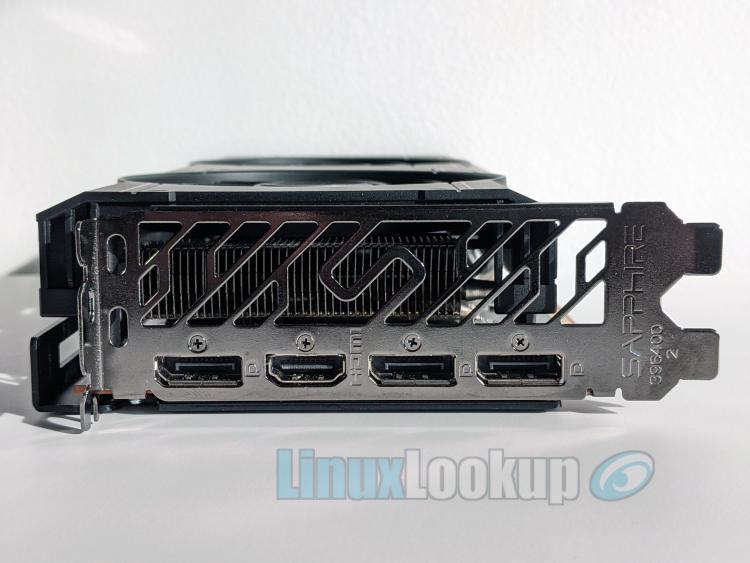 For display connectivity there is a single HDMI 2.1 port and three DisplayPort 1.4 ports. 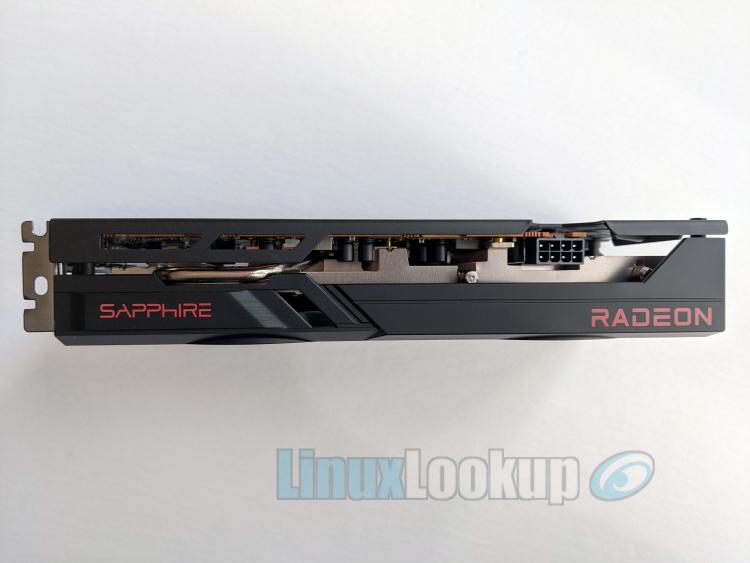 If you're looking for a little more performance, SAPPHIRE also offers the RX 6600 XT NITRO+ with an increased game clock of 2428 MHz and boost clock of 2607 MHz in comparison. NITRO+ also features Dual BIOS with a physical toggle switch, ARGB and a black/grey theme.

Thanks to new AMD RDNA 2 architecture is the implementation of hardware accelerated ray tracing with built-in Ray Accelerators (RA), in the case of the PULSE RX 6600 XT it's quoted at an RA of 32 accompanied by 32 Compute Units (CU).

AMD FSR upscaling technology is the answer to NVIDIA DLSS. Though only a select number of games currently support it, the adoption by developers may change rapidly thanks to FSR being Open Source. Even better news for Linux users, FSR can be utilized right now with any Steam game on Linux. Though the feature hasn't been introduced into mainline Proton yet, you can use Proton-GE. Simply switch to Proton-6.13-GE-1 or greater, add the game launch option "WINE_FULLSCREEN_FSR=1 %command%" and then change your in-game resolution lower than your native desktop resolution. I tinkered around with it a bit, but ultimately decided not to use this in all my performance testing as I felt more hands-on time was required. Included below are two Borderlands 3 benchmarks for comparison, one with FSR and the other without.

Before we move into RX 6600 XT Linux benchmarks, I should also mention for absolute optimal performance you'll want to install the RX 6600 XT into a PCIe 4.0 slot as bandwidth has been limited to x8 on this graphics card. However, if your motherboard only supports PCIe 3.0, this shouldn't be of great concern as any performance drop will be imperceptible.

I've been experimenting with how we compile our Linux GPU Benchmarks and because some of the information within this review is time sensitive, I decided to published it with raw data. At a later date I may revise this performance section with our new data visualization format.

Steam Play/Proton-6.18-GE-2 was used where applicable to get the game running under Linux. 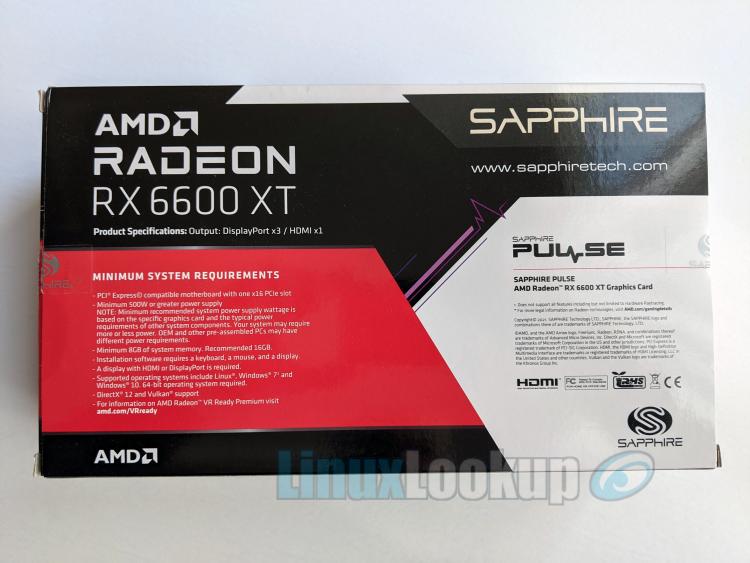 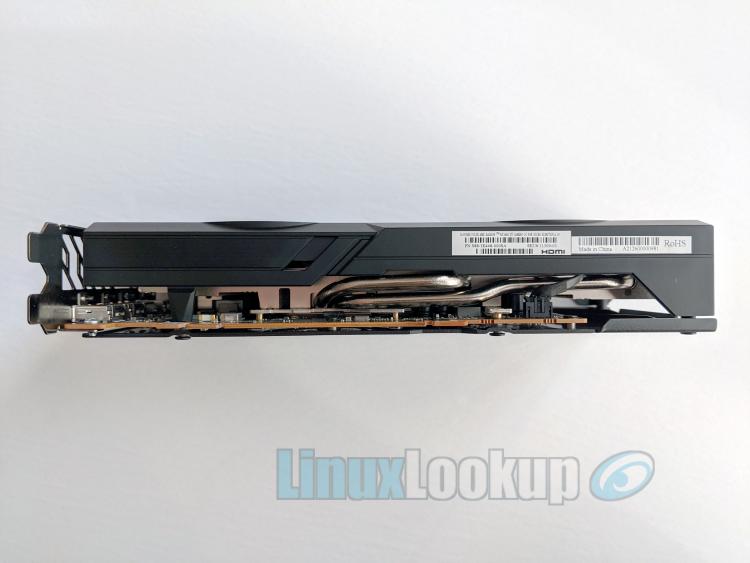 Being mindful of current market conditions not in favor of the consumer, it will be difficult to purchase the SAPPHIRE PULSE AMD Radeon RX 6600 XT OC right now at MSRP. But if you can find one with modest retail markup, jump on it!