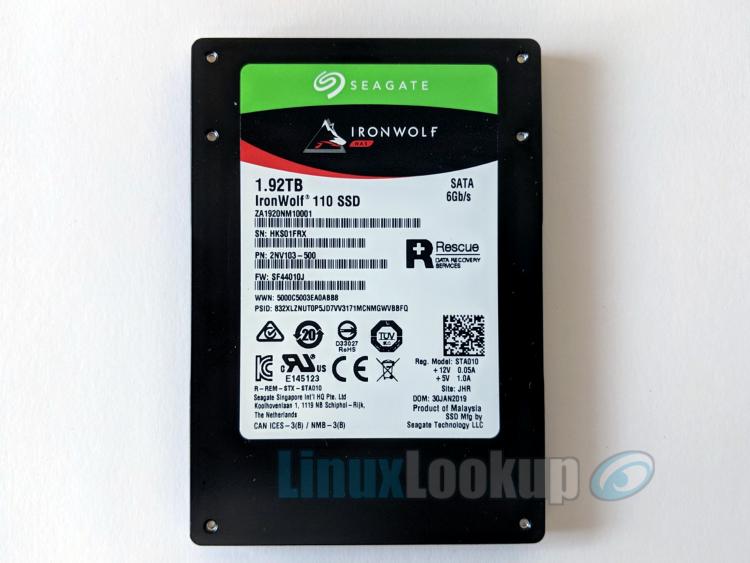 The Seagate IronWolf 110 SATA Soild-State-Drive stakes claim as "the world’s first purpose-built NAS SSD". Featuring enterprise-class endurance, reliability for 24/7 operation and capacities of up to 3.84TB.

In this review we'll touch on the various IronWolf 110 SATA SSD models before shifting focus onto highlights and benchmarks of the 1.92TB model. 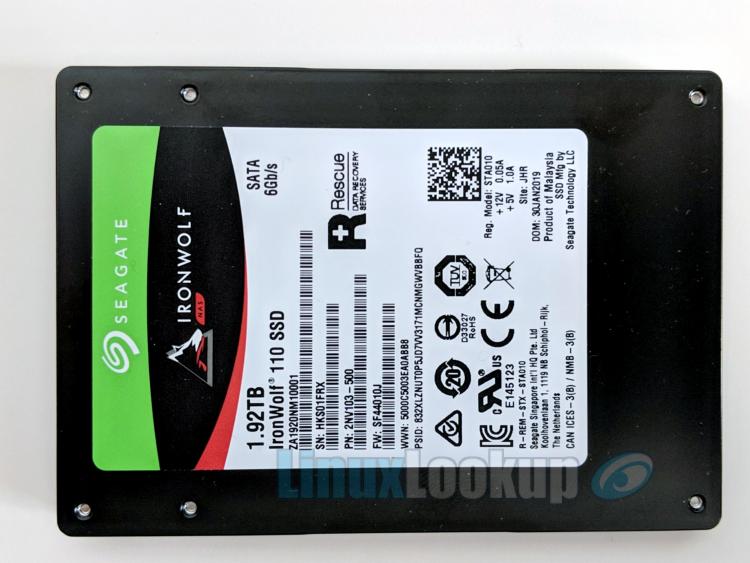 Regardless of which drive capacity you choose, you'll want to pay special attention to the performance ratings as they do differ across model numbers. 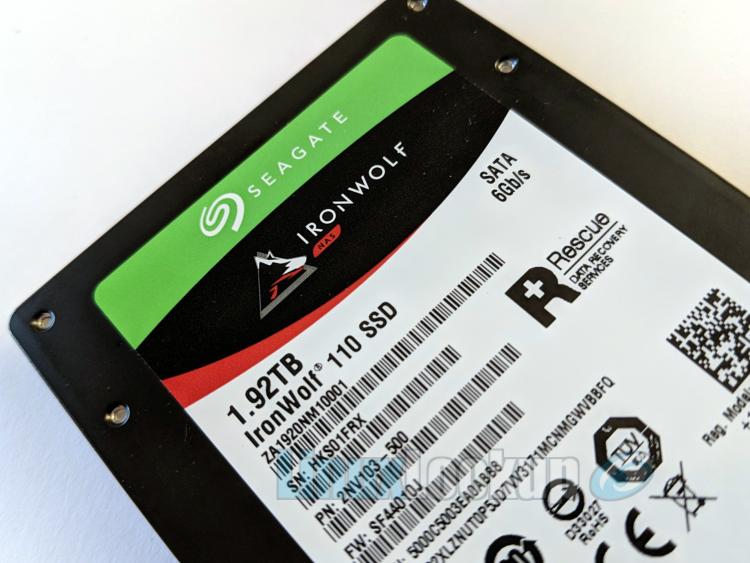 The Seagate IronWolf 110 is a Serial ATA (SATA) SSD designed specifically for Network Attached Storage (NAS) devices. Though there are NAS units capable of supporting multiple M.2 Type slots, the IronWolf 110 SSD is only available in a 2.5" (7mm z-height) physical form-factor. 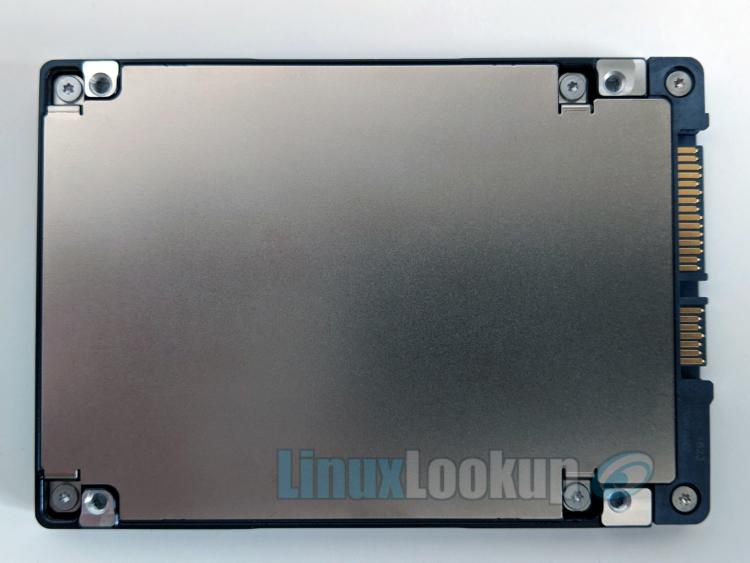 Typically when doing SSD reviews I'll open the housing to provide a commentary on the controller and NAND flash memory inside. But this will not be the case for the IronWolf 110 SSD, the printed circuit board is secured to the housing back plate with some type of adhesive, preventing removal. Not wanting to risk damaging the unit I stopped there. At a quick glance we can see Toshiba TH58TFT1V23BA8H flash is present. 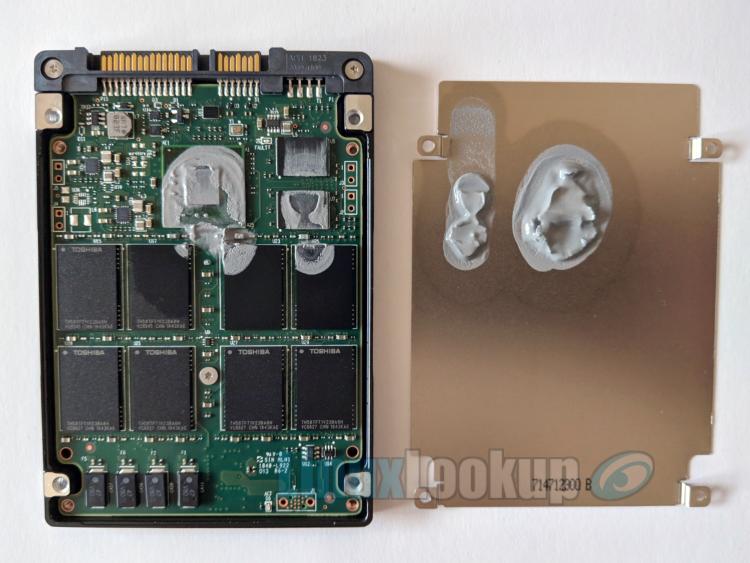 Finding technical documentation in regards to the controller has proven to be rather difficult as well. All I really know is that the IronWolf 110 SSD models utilize a proprietary SSD controller developed in-house by Seagate. As you can see by the photo there is a fair amount of thermal paste masking any other unique identifiers.

Realistically, the average consumer isn't interested in these technical aspects anyway, so we'll just leave it at that. 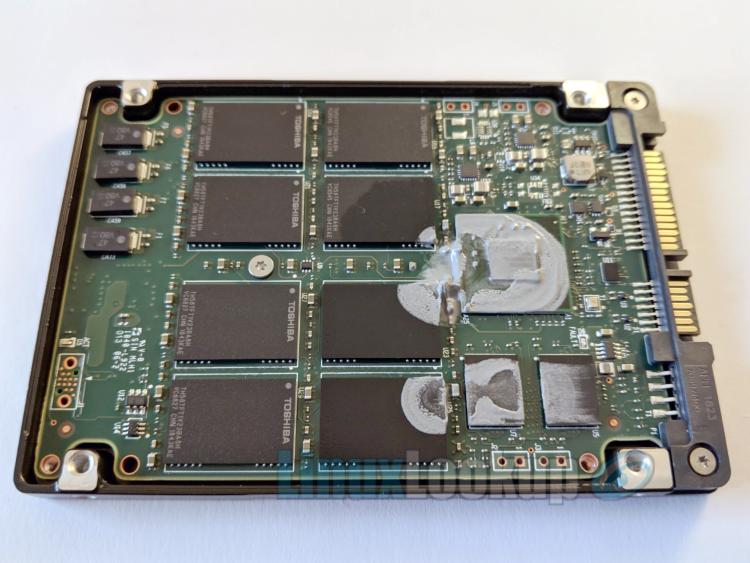 Being a NAS optimized SSD there are a few unique features, more notably, Seagate's DuraWrite, IronWolf Health Management (IHM) and AgileArray technologies. These advancements are aimed toward enhancing the endurance of NAS devices as they typically sustain heavier workloads. This isn't to say that the IronWolf 110 SSD can't be used in your average Linux Desktop computer or laptop for extremely reliable storage as well.

DuraWrite technology uses lossless compression techniques to reduce the amount of data stored on the flash. Fewer bits are written to the NAND as compared to an SSD that does not use data compression, the NAND is exercised less. This in return increases the relative endurance of the NAND flash memory and equates to a longer lifespan.

IronWolf Health Management (IHM) is embedded software which is available in select NAS operating systems. IHM monitors over 200 drive parameters that may influence drive health. Notifying users of possible prevention and intervention actions ahead of a fail event, thereby reducing the possibility of catastrophic failure and associated data loss. This feature may not be available on your NAS device, check the vendor website for supported models.

Unlike a mechanical Hard Disk Drive (HDD) there are no moving parts within a Solid State Drive. Thus, some AgileArray feature sets included on the IronWolf 110 SSD may not prove beneficial as they're geared toward enhancing performance and reliability of HDD. Seeing as the Ironwolf NAS Series offers both a HDD and SSD version, this leads me to believe the same firmware is passed down across the entire Series.

Performance testing was done under Ubuntu 19.04 (Disco Dingo) in a stand-alone drive configuration, not as a RAID array. Factors affecting performance include: Capacity of the drive, interface of the host and overall system performance. Your results may vary. 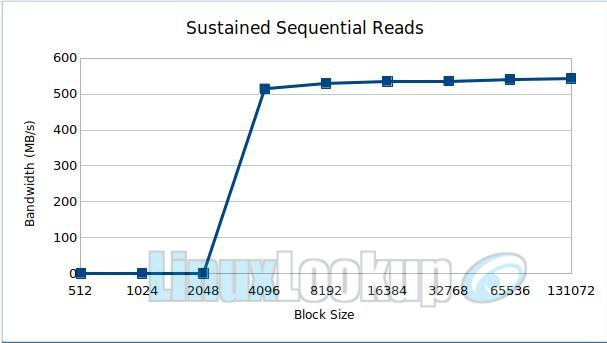 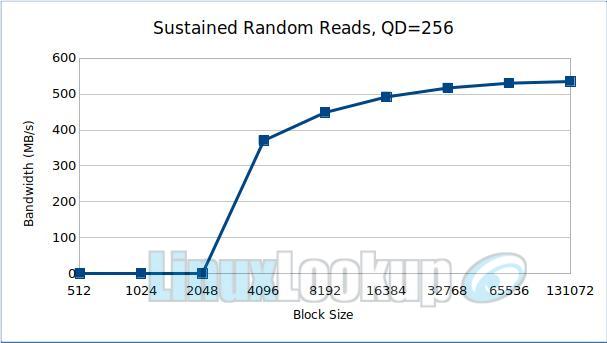 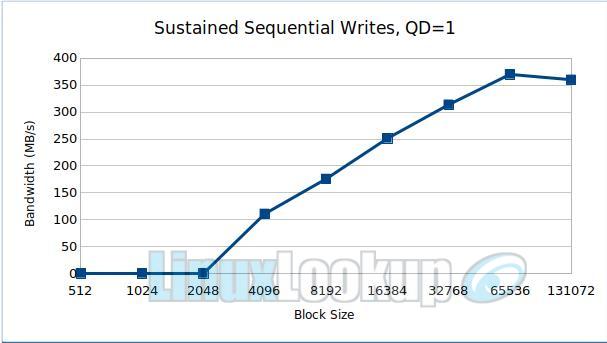 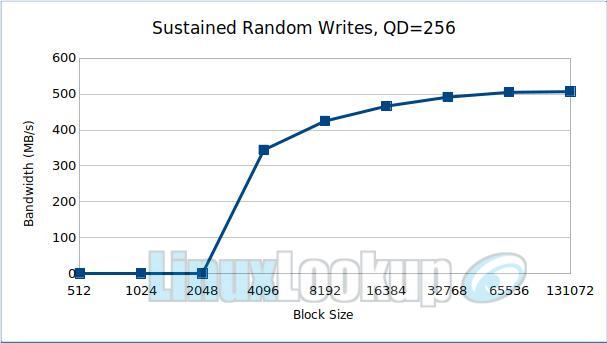 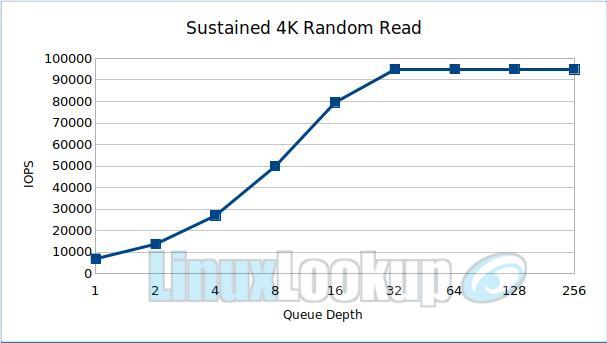 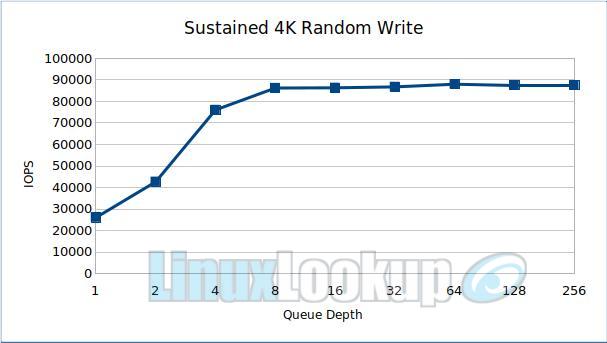 This measurement is an indication of how fast the drive can sustain sequential data reads under Linux, without any filesystem overhead. Timing buffered disk reads: 1472 MB in  3.00 seconds = 490.01 MB/sec. 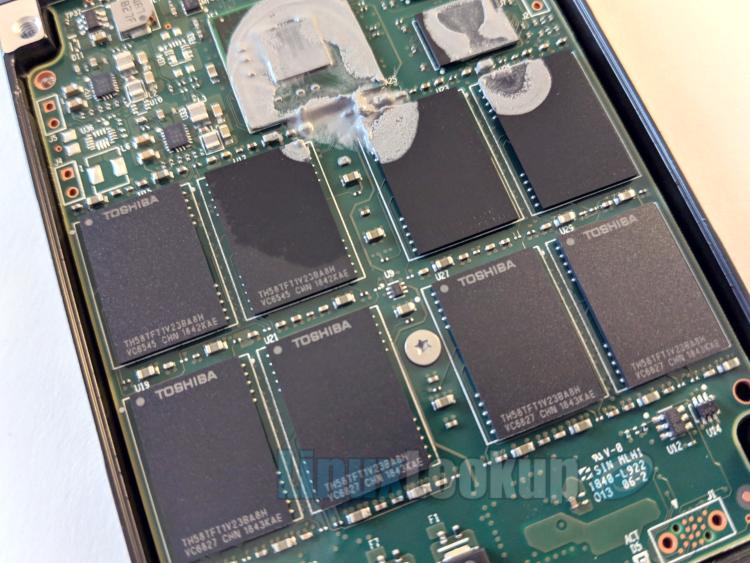