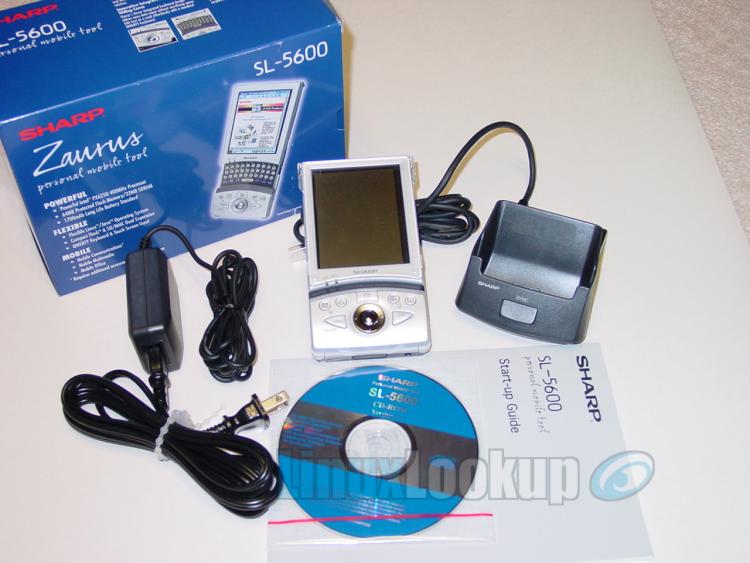 A long time ago, when I first heard about Sharp releasing the Linux based Zaurus 5500 PDA, my interest was peaked. I was just dying to see what it could do.

Alas, I never had a chance to try one out for myself. Over the next few months I plan on purchasing a new PDA to take over from my Palm IIIc, and just recently, Sharp was good enough to send us one of the newly upgraded Zaurus SL-5600 units and I was able to finally give it a whirl. Let's see how things shaped up.

Included in the box is what you'd expect for any new PDA including cradle, power cord, instruction booklet, and of course your standard Windows software CD-ROM.

Right from the start I liked the appearance of the Zaurus. The plastic silver casing is attractive to look at, but its resistance to scratching would worry me. It doesn't look like it could take much of a beating from use. The big 3.5" reflective TFT screen (320 x 240 resolution, 65,536 colors) is sharp and clear. It displays well in various lighting situations, something I can't say about my Palm IIIc. Also included is a clear protective cover for the screen - a nice feature. The colors are bright and vibrant, and contrast very well. Below the screen are indicator lights for E-mail and Battery indicator lights, a very useful addition in my opinion.

At this point, there is a break in the casing, and my favorite feature of the Zaurus comes into light. Sliding down the bottom section of the case reveals the QWERTY keyboard. The trend for most new PDAs is to move away from the stylus based text-input to a finger-keyboard type input method, a move I totally agree on. The keyboard on the Zaurus is quite responsive, and it has a pretty good layout. One of my only gripes is a lack of an 'Esc' key, as I struggled to use a port of Vim which I installed on the unit. A stylus is still a good idea for navigating menus and selections, and a software based graffiti-like text input method is also available. A neat feature of the software-based keyboard is the option to customize it to recognize your own personal handwriting. This could allow you to write more naturally, than say, writing using Graffiti on a Palm device. I definitely found that I could input text faster using the Zaurus's keyboard using my thumbs than with a stylus.

Under the keyboard is the usual set of easy access keys, included with almost every PDA. These include Calendar, Address Book, Home, Menu, and E-mail. Keys for Cancel/OK are also included on either side of the "cursor key", a navigation button that allows you to scroll your cursor up/down, left/right in any of the applications. This is a nice addition, and I found it quite handy.

The Zaurus SL-5600 contains an Intel XScale processor at a speed of 400Mhz. I found this processor very powerful, and the Zaurus was very responsive. Applications launched quickly, and I was easily able to playback MP3 audio files. MPEG1 video playback is also supported, but I was unable to test this feature.

Onboard the unit is 64MB of flash memory to keep your data safe incase of battery depletion. Another bonus feature of the Zaurus is the fact that it contains expansion slots for both CompactFlash (top of the unit), and SD memory (right hand side of unit). This allows you to simultaneous add extra memory using the SD slot, while utilizing a connectivity device like 802.11b/LAN/modem in the CompactFlash slot. The possibilities are endless, and I see this as a definite strength for the Zaurus. Few other PDAs besides the Dell Axim boast this feature.

Included in the roundup of applications bundled with the Zaurus SL-5600 are Address Book, Calendar, ToDo List, a Text Editor, Opera web browser, E-mail, System info, Media player, Calculator, Clock, Voice Recorder, Image Pad, and Hancom MobileWord & MobileWordSheet. The address book, calendar, and e-mail software were quite intuitive and had nice layouts. The e-mail program was one of the best I've seen on a PDA, as it boasted filtering, attachments, and multiple accounts/mailboxes.

I was unable to test Opera, as I unfortunately had no network connectivity for the device. The two Hancom applications included were those that interested me. MobileWord is a pretty basic word processor, but is quite functional. It has no bells and whistles like a spell-checker, but it does a pretty good job for what is necessary on a PDA. The same goes for the MobileSheet software, a spreadsheet software. I wouldn't want to create any large spreadsheets on it, but its perfect for viewing files and double-checking your values. As far as the Media Player goes, I was disappointed at best. The layout was horrible and clunky, and it did not appeal to me at all. I would suggest installing a replacement for this, if you purchase a Zaurus.

At this point everything is looking pretty good. Then, BAM! I hit a brick wal! I wanted to connect the Zaurus to my main workstation, which runs Debian unstable [sid]. I found instructions on docs.zaurus.com which used a usbdnet kernel module for connectivity. I spent almost two days trying to get it working, with no success. This isn't a Debian specific problem either; I tried on installations of the latest RedHat and Mandrake distributions also. I finally got some information from a nice fellow named sukoshi on the IRC channel #zaurus on the freenode.net network. It seems the instructions provided on the website only work for the older Zaurus 5500, not new SL-5600. He sent me to a kernel patch that adds support for the SL-5600 to the usbnet kernel module. The source can be found here. Just copy and replace /usr/src/linux-2.4.x/drivers/usb/usbnet.c with the file you downloaded, and recompile. The rest of the instructions should work and a USB network connection between the Zaurus and your Linux workstation should be active whenever the Zaurus connects.

Now, I finally have connectivity between my workstation and the Zaurus in the USB cradle. Here is where another problem is encountered - I had no way of installing extra software. Since the Zaurus is so restrictive by default, I was unable to enable either telnetd or ftpd using any of the included software. The default file manager wouldn't show me the full file system, and therefore I wasn't able to access the inetd configuration file. I needed the terminal program and a text editor to enable ftp access, but these were unavailable, and I needed ftp in order to install them. Talk about a "chicken or the egg" conundrum. I guess that if I had a SD or CompactFlash reader in my PC it would have been fine, but like a lot of people I don't own one. I fought and struggled to find a way, but alas, I broke down and uploaded the FTP daemon using the included Windows software on a friend's Win98 box.

Along with installing ssh, telnet, and ftp server/clients, I also installed a terminal program, Vim, and a more advanced file manager. These allow me to see the true guts of the Linux system that the Zaurus has. Snooping around the system reveals a fully functional Linux system, and herein lies the power of the Zaurus. The ability to port existing Linux applications allows a huge library of software to be available for the Zaurus platform. Also, the fact that it is built on an open platform like Linux allows for easy development of applications. A great repository for applications available for the Zaurus is http://www.killefiz.de/zaurus/.

My first complaint on the Zaurus SL-5600 is that of its form factor. The Zaurus SL-5600 is a big PDA. If you are looking for small and überportable, then you need to look elsewhere. As you can see from the photo below, the Zaurus has a large protruding "bump" where the battery pack goes. My assumption is that this was necessary to make room for the hidden keyboard, but it just ruins the sleekness of the overall design.

My biggest gripe however, is the Linux connectivity problems I encountered. If a company can produce a Linux based PDA, why can't they produce good drivers, etc, for Linux connectivity? After finally getting connectivity with my desktop using the USB cradle - taking me almost 3 days, I downloaded and installed the Qtopia desktop software. This software refused to recognize the Zaurus when it was connected, and I couldn't use it at all. What I would like to see is Sharp, or some other entity, produce something similar to, and/or compatible with, the Gnome Pilot Conduits. This would allow syncing with other applications like Ximian Evolution. If it can utilize the Palm Desktop software for Windows, it shouldn't be that far-fetched for it to use the Gnome Pilot Conduits for Linux.

In general, the Zaurus SL-5600 is a pretty good PDA. I was very impressed by its software functionality. If you weren't told, you wouldn't know it was a Linux based PDA. This is a good quality for a consumer product - if you don't want to ever use a terminal and see the core of the system, you don't have to. The operating system was very stable, and I encountered no problems with it in the time I used it. Also, I was quite impressed with the variety of software included with the Zaurus. With the standard PDA apps (e-mail, address, calendar) also came good word processor and spreadsheet applications. With the exception of the Media Player, these applications were of the utmost quality.

For a general use PDA, the Zaurus SL-5600 is a pretty good choice. It would do pretty well for an average consumer and I think it would perform on par with most newer Palm-based or PocketPC based PDAs. In my opinion, the enterprise and high-tech markets are the best niche for this PDA. Providing a very robust platform for custom applications, the Zaurus SL-5600 has the power, memory, and connectivity options necessary to succeed in the enterprise. Whether it is wireless network access, robust always on e-mail, or surfing the web, the Zaurus is also a great choice for the power Linux user. Being a fully functional Linux system, the possibilities it provides are endless and limited only by your imagination. If the Linux software connectivity issues are worked on, the Zaurus SL-5600 could be everything a Linux user dreams about... maybe in the next revision. 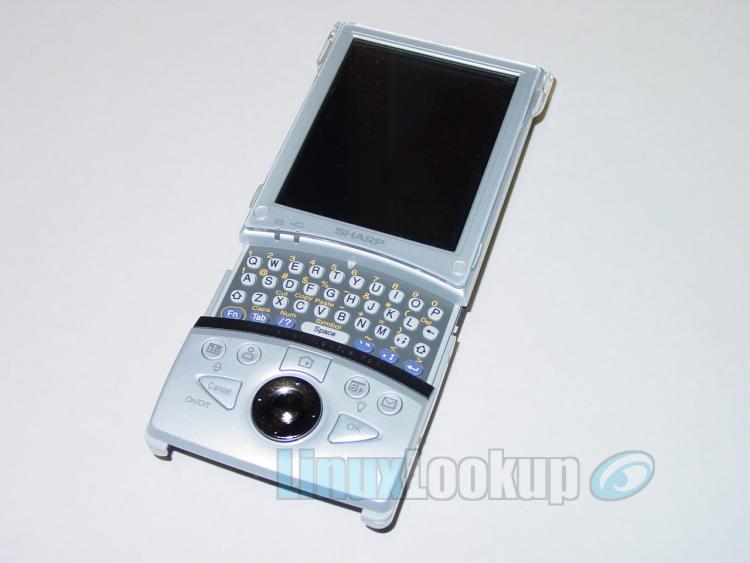 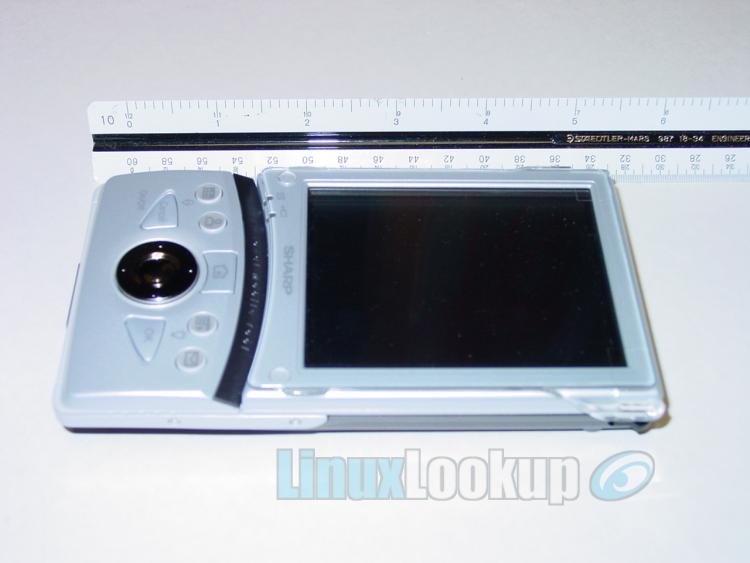 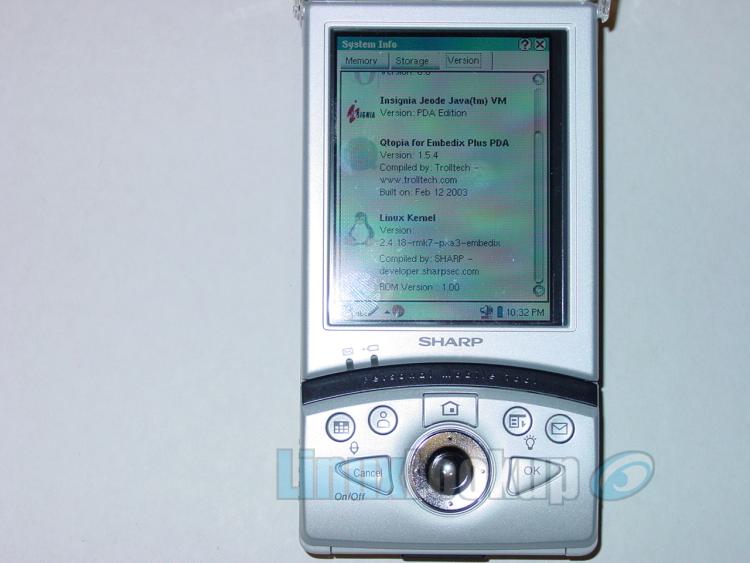 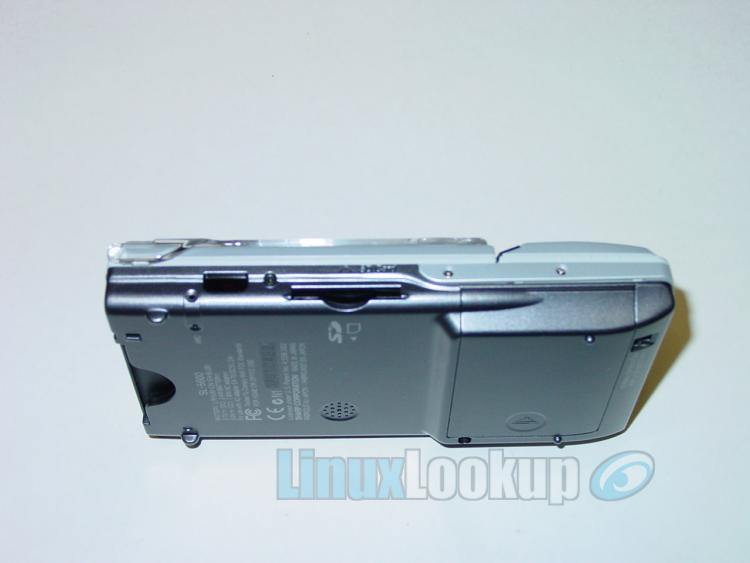 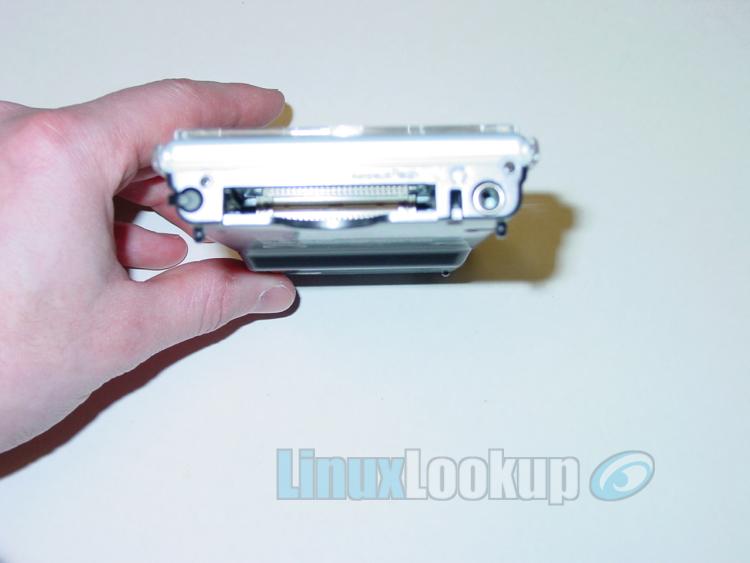 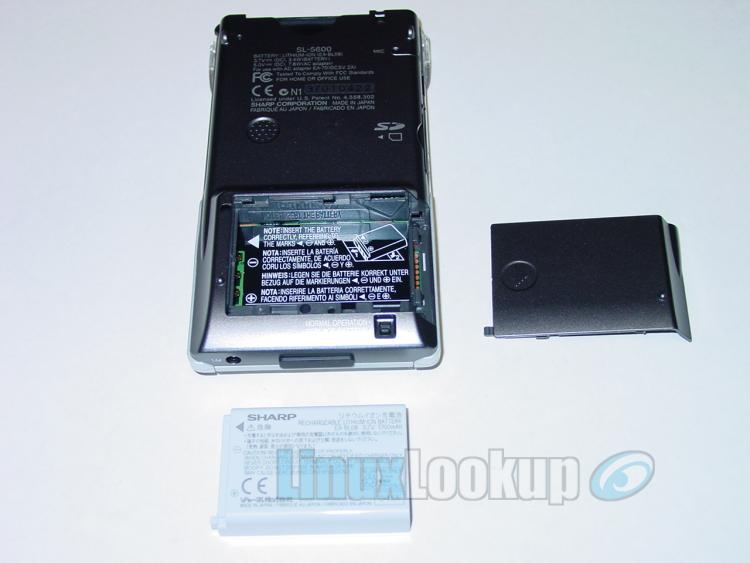 Overall, I liked the Zaurus SL-5600 PDA. It was very powerful, had lots of memory, and a beautiful display. It is a complete Linux system, and it provides an open platform for various types of development and uses. Some major connectivity issues need to be worked out on the Linux desktop front end before I can give it a more glowing review in that area. I can't wait to try the next revision when it comes out.