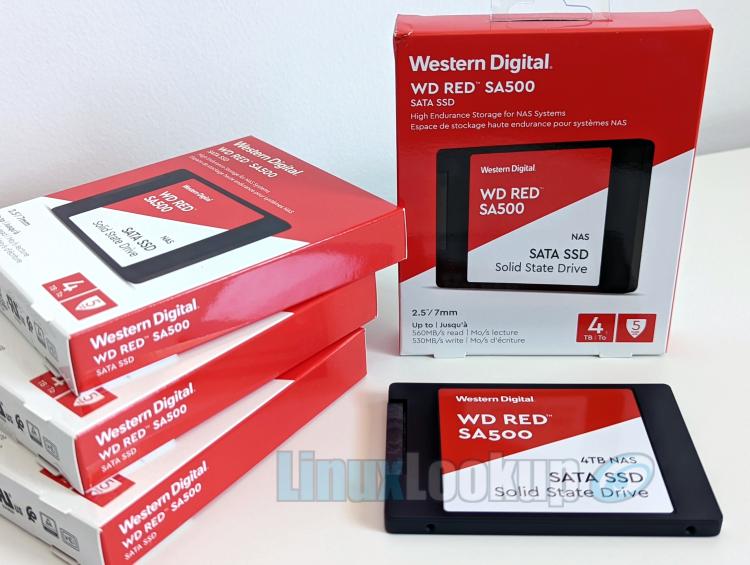 The Western Digital Red SA500 4TB NAS SSD is purpose-built for Network Attached Storage (NAS). Unlike standard SSDs, WD Red NAS SATA SSDs are marketed as being specifically designed for superior endurance under heavy read and write loads demanded by NAS, offering the reliability you need in a 24/7 environment.

In this review we're going to evaluate both stand-alone performance under Linux and also RAID array performance within a Synology DS920+ NAS. 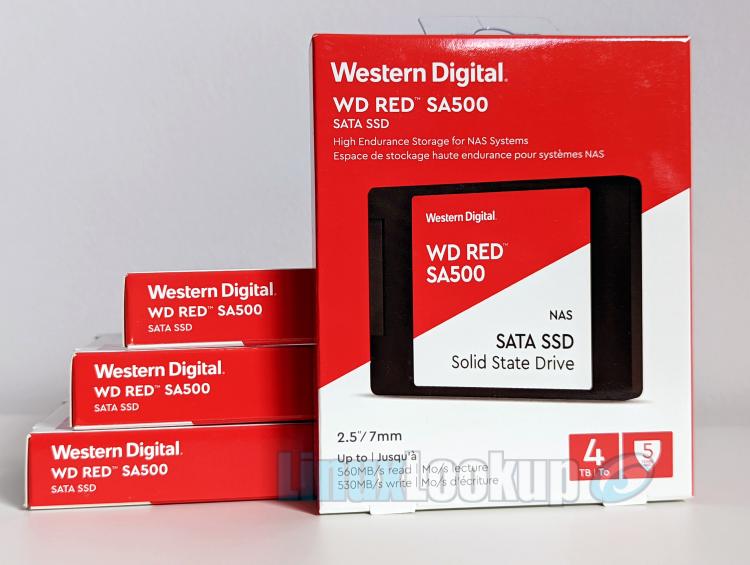 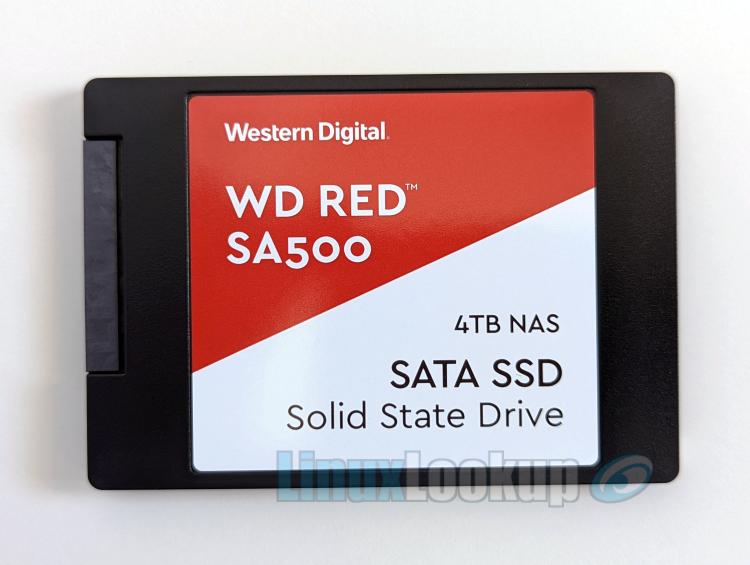 Western Digital adopts a singular colour scheme to identify their product lines. According to Western Digital, these WD Red drives are uniquely engineered for use in Network Attached Storage (NAS) systems. From home use to medium sized businesses, WD Red Series is a broad portfolio of products optimized to boost performance and increase capacity of NAS systems with up to 24 bays. WD Red drives can stand up to the heat, vibration and activity of always-on NAS environments. 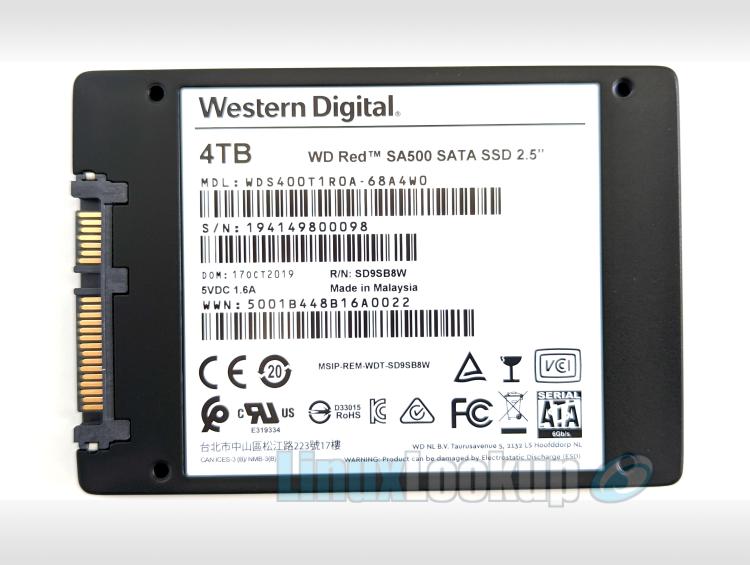 Performance ratings across all four WD Red SA500 models are nearly identical depending which drive capacity you choose, this is mainly due to limitations of the SATA interface. Quoted to deliver 560MB/s sequential read with 95,000 IOPS and sequential write performance up to 530MB/s with 85,000 IOPS, the 4TB model featured in this review deviates slightly with a lesser 82,000 IOPS. 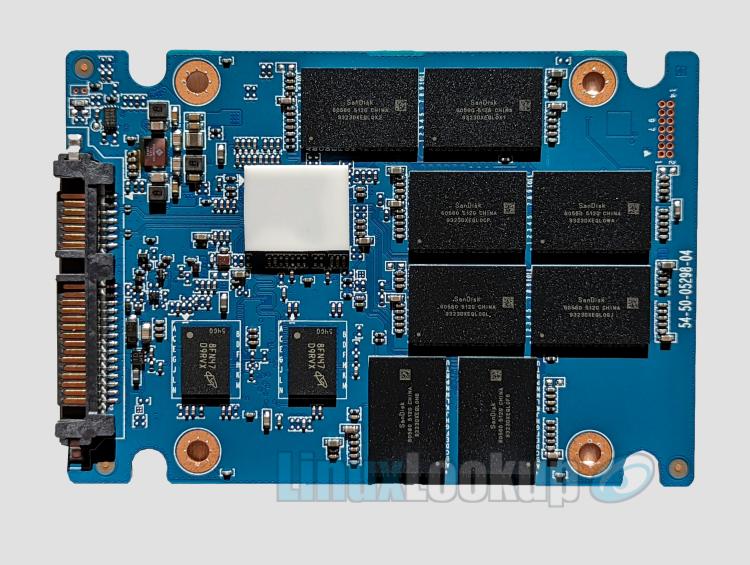 On-board are two Micron MT41K512M8RG-107 4Gb (512M x 8) density DDR3L-933MHz SDRAM for caching and according to the product briefing, WD Red SA500 utilizes Western Digital (SanDisk) 3D NAND. There are eight SanDisk TLC NAND flash packages amounting to 4TB of storage on this model, however, I unfortunately couldn't find any definitive decoding or additional technical specifications based on these corresponding part numbers. 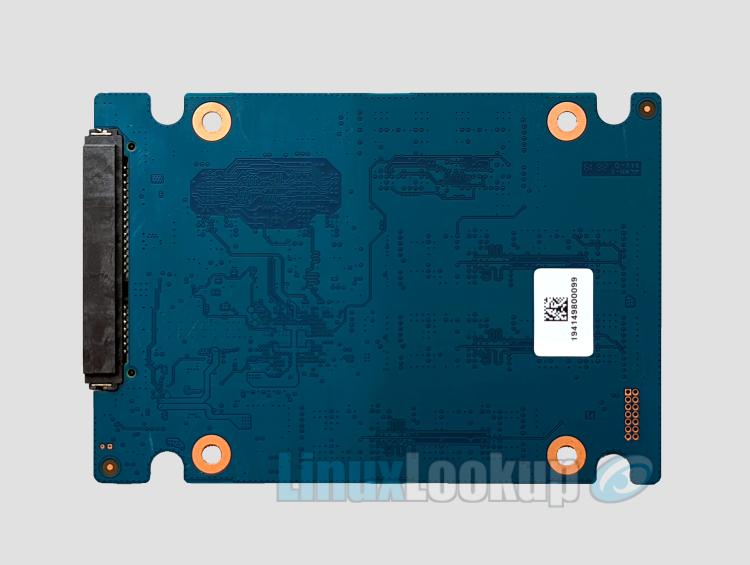 Thanks to high-density flash packages the PCB is of a single-sided design with nothing on the reverse side.

The Western Digital Red SA500 4TB model has a calculated Life Expectancy or Mean Time To Failure (MTTF) of up to 2 million hours. This equates to 0.342 Drive Writes Per Day (DWPD) or 1369.863 Gigabytes written per day (GB/day) for 5 years — all backed by a limited five-year warranty.

We have revised how our Linux SSD benchmarking is performed and no longer benchmark the drive while in a Fresh-Out-of-Box (FOB) state. FOB typically is how manufactures specify I/O performance in advertising because the drive has yet to endure any sustained workload and initial performance benchmarks from a FOB state will result in uncharacteristically high measurements.

To provide more accurate measurements we precondition the drive to a steady state before running our benchmarks. Steady state is achieved by issuing a set of random and sequential preconditioning operations. Though this process takes several hours, the benchmark results are more consistent and produce real-world values. 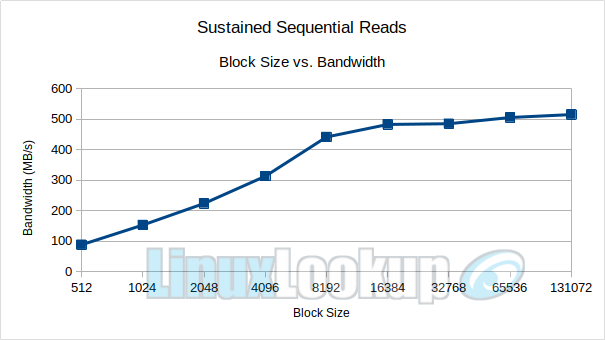 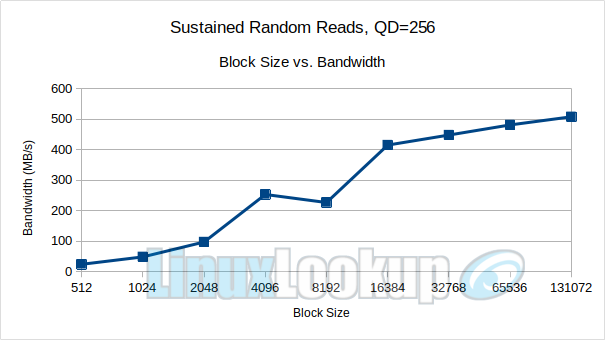 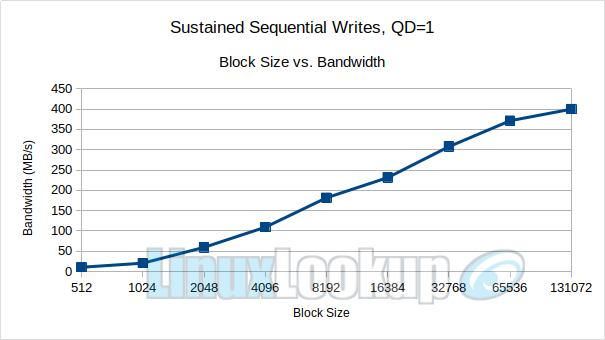 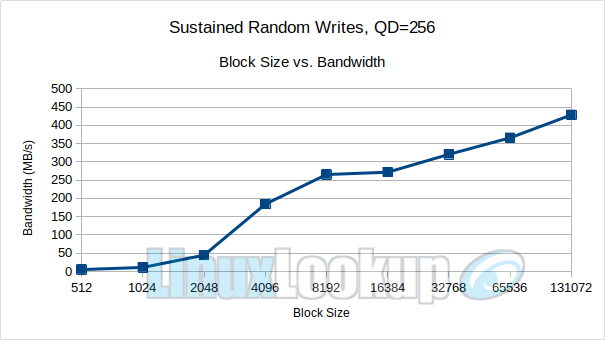 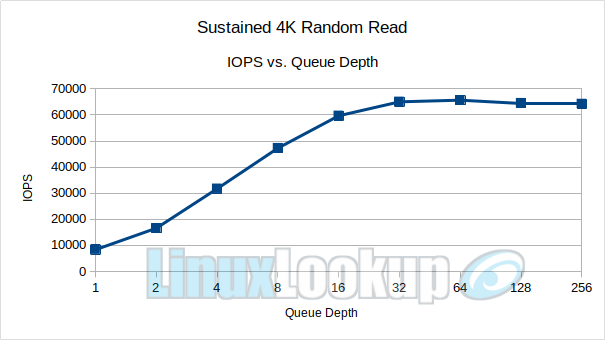 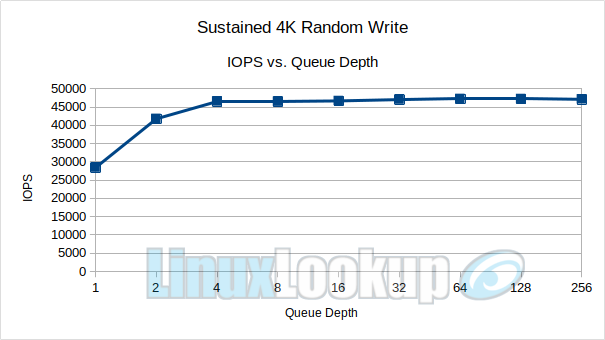 This measurement is an indication of how fast the drive can sustain sequential data reads under Linux, without any filesystem overhead. Timing buffered disk reads: 1616 MB in  3.00 seconds = 538.65 MB/sec.

As of this review, currently the WD Red SA500 4TB NAS SATA SSD doesn't appear on Synology's products compatibility list, and matter of fact, only a select few Western Digital hard disk drives (HDD) are even listed. Synology has their own product line of NAS drives so validating other manufactures certainly appears to be a lesser priority which in turn promotes their own HDD/SSD models. Never the less, most unlisted drives should work in a Synology NAS and in this particular case of the WD Red SA500 4TB SSD I've confirmed a fully operational status. 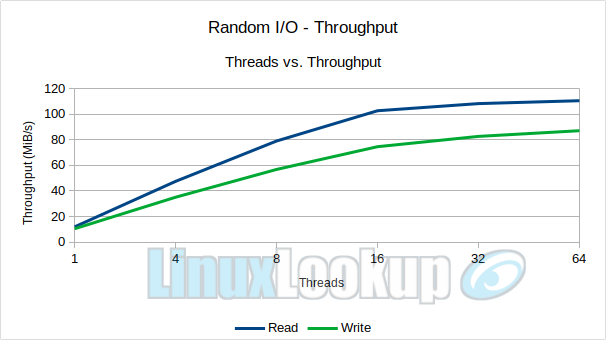 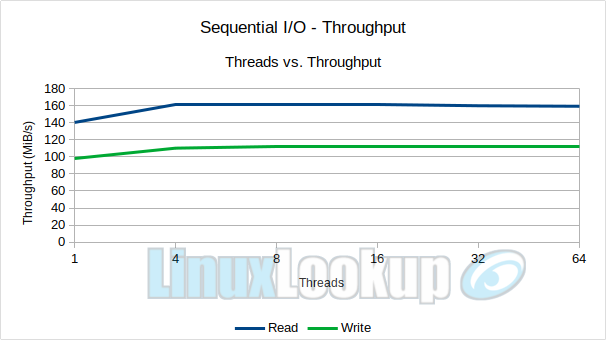 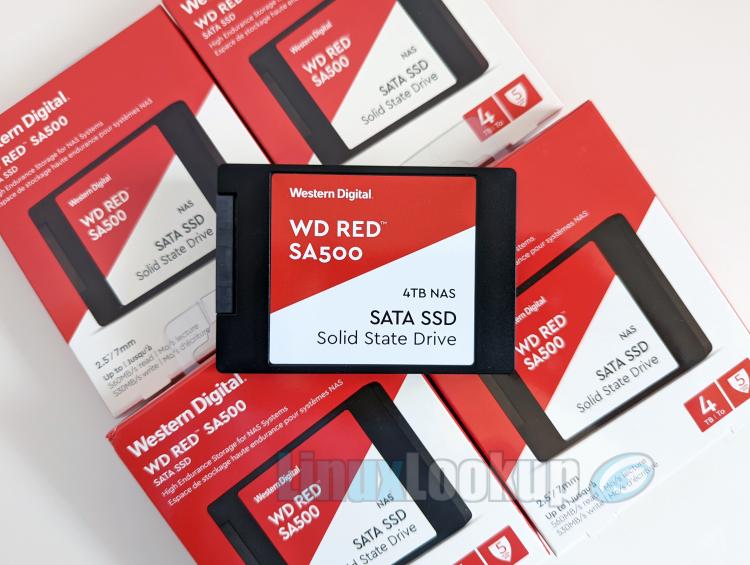 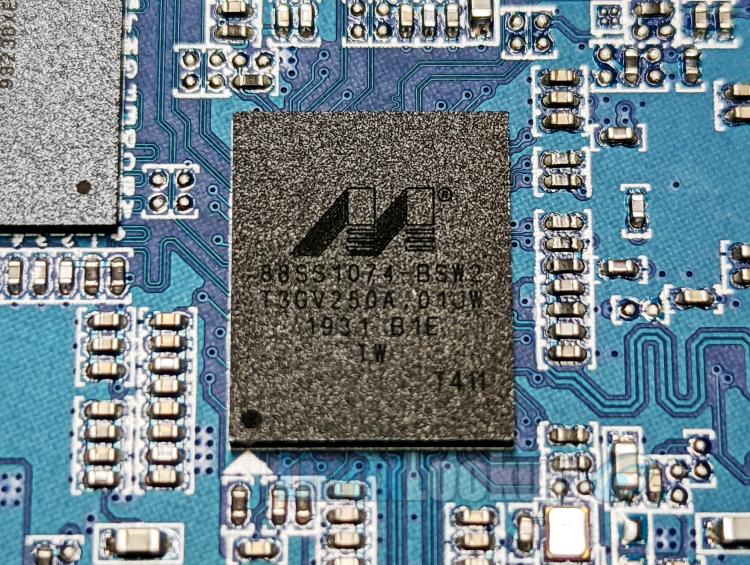 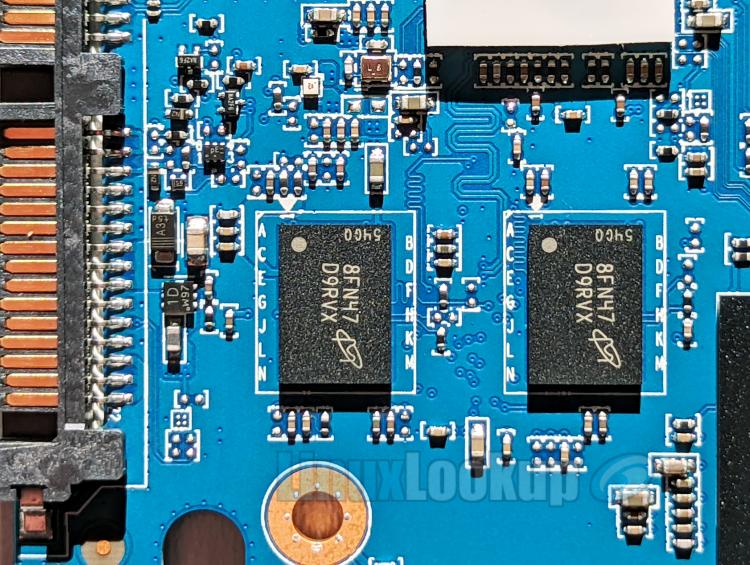 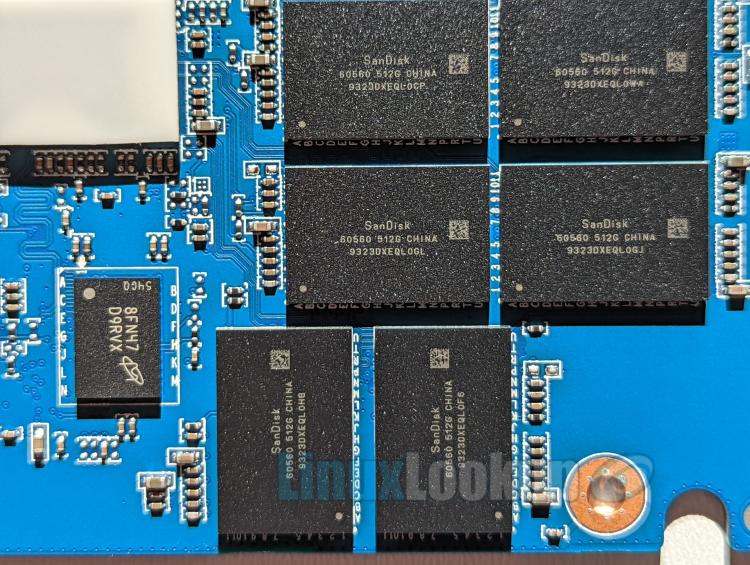 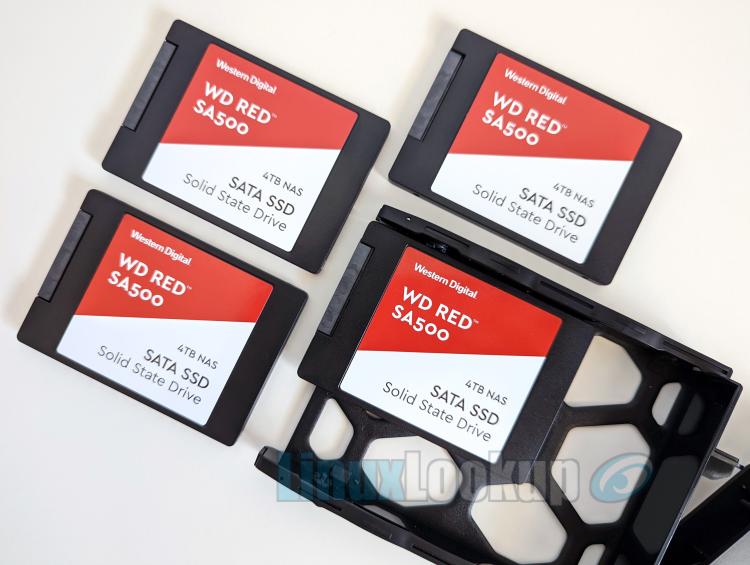 The Western Digital Red SA500 4TB NAS SSD offers positive overall performance, but also has an endurance rating which is nearly halved when compared to competing purpose-built NAS SSDs from other manufactures — this however is still backed by a five-year warranty and most certainly reflected within the considerably better price point. In contrast, the SA500 is a very attractive NAS Soild-State Drive option once cost is factored, especially if you're looking to fully populate a NAS with all flash storage.